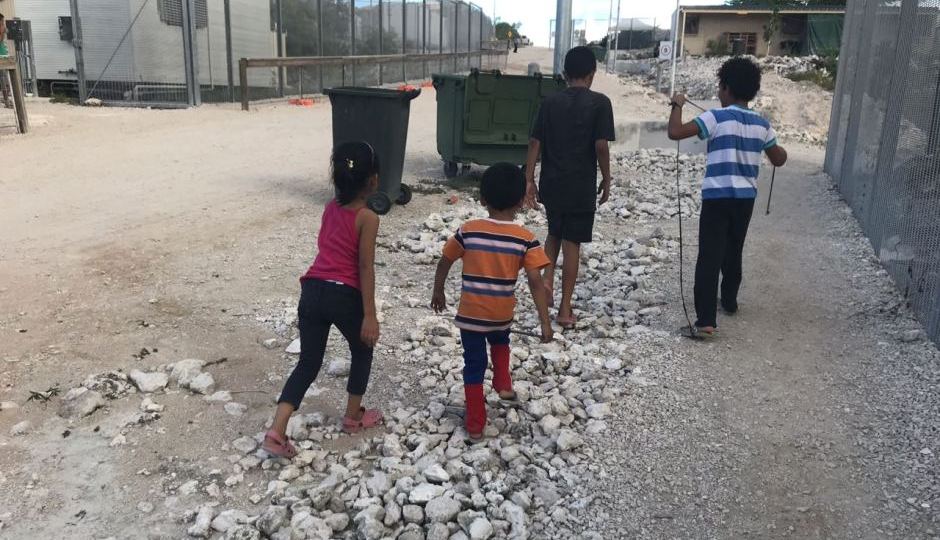 No more asylum seeker children will be held on Nauru Photo: World Vision

Scott Morrison and Peter Dutton have talked down the prospect of a deal with Labor over asylum seeker resettlement, stepping away from a proposal flagged during the Wentworth by-election.

Labor said on Tuesday it might be willing to back draft laws, introduced by the Coalition two years ago but not passed, to place a lifetime ban on resettled asylum seekers being allowed to enter Australia.

One of the conditions Labor wants is for the lifetime ban on entering Australia to only apply to the current cohort in Nauru.

“We have listened to the community and the government should do this as well – these kids have languished for far too long,” Mr Neumann told ABC TV on Tuesday.

“You can be strong on border protection, resettlement, but the truth of the matter is these people have stayed there too long.”

The Wentworth by-election reignited debate over the fate of asylum seekers on Nauru and Manus Island, some of whom have been there for five years.

During the campaign, the Coalition flagged the possibility of accepting a New Zealand offer to take in 150 refugees if the “backdoor entry” ban was legislated.

But Mr Morrison said in Canberra on Tuesday that resettling people in New Zealand had never been his preferred outcome.

It could undermine the deal struck with the US and unwind tough border policies.

“You don’t get children off Nauru by putting more children on Nauru through weaker border protection policies,” Mr Morrison said.

In any case the laws could not be debated in the Senate until November 12.

Mr Morrison said he was concerned, as were doctors, about the mental health of children on Nauru.

“What I’m going to do is continue on the program that I have been working with some crossbenchers on very carefully, not in a big-noting way … managing the issues case by case, talking to those who understand the mental health and physical health issues,” Mr Morrison said.

“We’ve been getting some good things done and we’ve been doing it without running the risk of seeing this whole nightmare opening up again.”

Home Affairs Minister Peter Dutton said there was a further problem in that 13 children on Nauru were in family groups in which adults were “subject to adverse security assessments from the United States”.

Mr Neumann said the time had come for the government to meet Labor halfway.

“You can be strong on border protection, resettlement, but the truth of the matter is these people have stayed there too long,” he said.

The issue was not raised in the Labor caucus meeting on Tuesday.

Meanwhile, Australian Border Force confirmed 11 children in detention on Nauru have been transferred to Australia to receive medical treatment. Fifty-two children remain on the island.

Coalition backpedals on deal with Labor on refugees