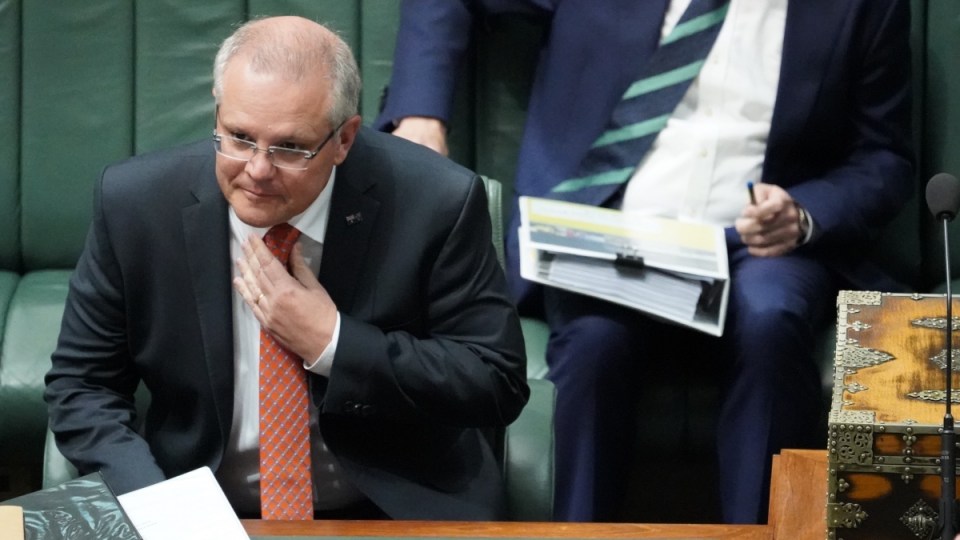 In a week filled with crushing blows for the prime minister, Scott Morrison’s leadership reputation has taken another battering after a prankster seized complete control of his official webpage for public ridicule.

Melbourne digital strategist Jack Genesin claimed to have taken over the website scottmorrison.com.au for $50, taking to social media to blame the PM for forgetting to renew his domain license.

“So, the PM forgot to renew his website and it expired today … Most fun I’ve had with $50 in a long time,” Mr Genesin wrote in a Facebook post which has since been deleted.

The website, which is the first result that pops up on a Google search of Scott Morrison, has been live for more than 12 hours and is yet to be taken down.

But by 12.20pm on Friday, a visit to the website resulted in a message that it had reached “its resource limit”.

“The website is temporarily unable to service your request as it exceeded resource limit,” a message in the top left-hand corner of the website read.

Visitors to the hijacked site were met with a smiling picture of the prime minister that fills the entire webpage.

The only other added feature is a play button on the top right hand corner for lewd rock tune Scotty Doesn’t Know.

It’s opening lyric?: “Scotty doesn’t know that Fiona and me do it in my van every Sunday”.

The looped song by American band Lustra is about a woman who is repeatedly cheating on her boyfriend Scotty behind his back. It was made famous in 2004 after being included in the teen movie EuroTrip.

Anxiety has been punching its way back into my skull this week, but the @ScottMorrisonMP website news has really helped. I wanna thank that Melbourne man for such a wonderful gift #ScottyDoesntKnow

“I have to say, seen a few squatters grab domains over the years from dipsh–ts who didn’t bother to renew them, but this has to be the classiest form of highlighting the stupidity, well done,” one Twitter user wrote.

Pre-polling suggests independent candidate Dr Kerryn Phelps is the favourite to win the Wentworth seat, ahead of Liberal Party candidate Dave Sharma, 55 per cent to 45 per cent.

Mr Morrison received swift criticism earlier this week for his suggestion Australia’s embassy be relocated to Jerusalem in Israel, a controversial move that risked compromising the Israeli-Palestinian peace process.

The surprise proposal followed talks with Mr Sharma, a former Israeli ambassador, and was seen as a political tactic to boost votes in the Wentworth electorate where Jewish residents comprise almost 13 per cent of the population according to the 2016 census.

To add to the PM’s troubles, the Coalition received widespread backlash for supporting a One Nation motion restating a white supremacy tagline that “it is OK to be white”.

Mr Morrison called the decision by some of his own senators to vote in favour of the motion which was narrowly defeated 28 votes to 31 as “regrettable”.

Mr Genesin, the new owner of the prime minister’s personal website, and Mr Morrison’s office have been contacted for comment.