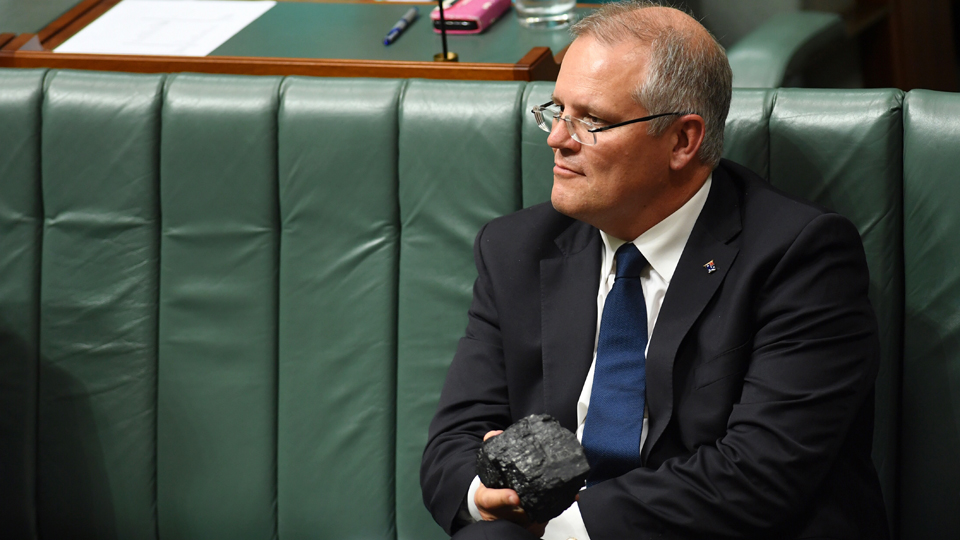 “We’re a sovereign nation,” said Scott Morrison. And then proceeded to act as if we were not, as if Australia was not merely an American vassal, but a Donald Trump toy.

Australia has a long history of being less than independent – some 230 years as a subservient identity of one kind or another. Whether as a colonial possession, obedient Empire member or American client state, it has at least been operating on a nation-to-nation basis since 1901.

That has suddenly changed with Scott Morrison as Prime Minister. In short order we’ve been positioned as a policy extension of an odd cabal’s dangerous and simplistic nationalism.

It is unfair to the United States and Americans to consider Donald Trump is that nation. Yes, thanks to the minority of Americans who voted for him, he occupies the White House and his Bedlam picks make up the cabinet, but America is bigger than that.

If you have any faith in human nature, you have to believe that Mr Trump, too, will pass, and the better fundamental – as opposed to fundamentalist – values of the United States will reassert themselves.

While waiting for that, pretty much the rest of the civilised world is holding its breath, holding on while navigating around the toddler president and his destructive policies on everything from the World Trade Organisation to the International Criminal Court to the Paris agreement to the Middle East to stacking the US Supreme Court to Sinophobia to sundry despots to protectionism to America’s fiscal imbalances and whimsical extraterritoriality.

Not Scott Morrison’s Australia. Almost alone in the world, we’ve gone MAGA – donning one of Trump “Make America Great Again” caps to presage falling into line on a Jerusalem embassy and the international Iranian nuclear agreement, declaring we are “allies” with Israel, never mind the “administrative error” of the coalition’s “It’s OK to be white” vote.

We’re the country Mr Trump’s rabid national security adviser, John Bolton, praises for increasing naval co-operation with the US in the South China Sea. Ours is the government that has joined Mr Trump in hugging coal, that has effectively followed him in abandoning the Paris Agreement.

None of this lurch into TrumpWorld is in Australia’s best interests.

Leaving aside any question of principles, Australia has zero to gain and plenty to lose by meddling in Byzantine Middle East politics. Ditching 70 years of diplomatic balancing to float endorsing Jerusalem as Israel’s capital angers those we would gain to have as friends and is irrelevant to our longer-term relationship with the US and Israel.

The unholy alliance of Israel and Saudi Arabia (never mind present unpleasantries over apparently murdering a journalist) appear to be calling Mr Trump’s policy shots on Iran, capitalising on the egomaniac’s hatred of anything achieved by Barack Obama. At some stage, the rest of the west will be forced to say “enough”.

We’re placing ourselves on the wrong side of economic history by embracing coal and denigrating renewables, never mind climate disruption.

And, most obviously, the further we go along with the Trump regime escalating China tensions, the more we put at risk our most important trade relationship.

The Sinophobe spook industry is thriving here with an apparent lack of suitably sceptical checks on its ambitions.

China is troublesome and is behaving as badly as all great powers tend to act, but it happens to be the great power that matters and will matter most to us.

It would be nice to think Scott Morrison is wearing the figurative MAGA cap out of the same sort of innocent stupidity allegedly behind the “OK to be White” vote and the appointment of Melissa Price as environment minister. The danger is that it’s something worse.

I’m of the school that a person’s faith is their own business as long as they don’t try to impose it on anyone else and the separation of church and state is maintained.

However, in trying to understand this lurch into TrumpWorld, I can’t ignore that fundamentalist Christians are key Trump supporters in the US. At the extreme, they lobby for supporting Israel as a means of hurrying along Armageddon.

It would seem absurd to think that the fundamentalist Christian elements in the Australian government are going along with their American peers.

But it’s also absurd to think anyone who takes Christianity seriously could support Mr Trump.