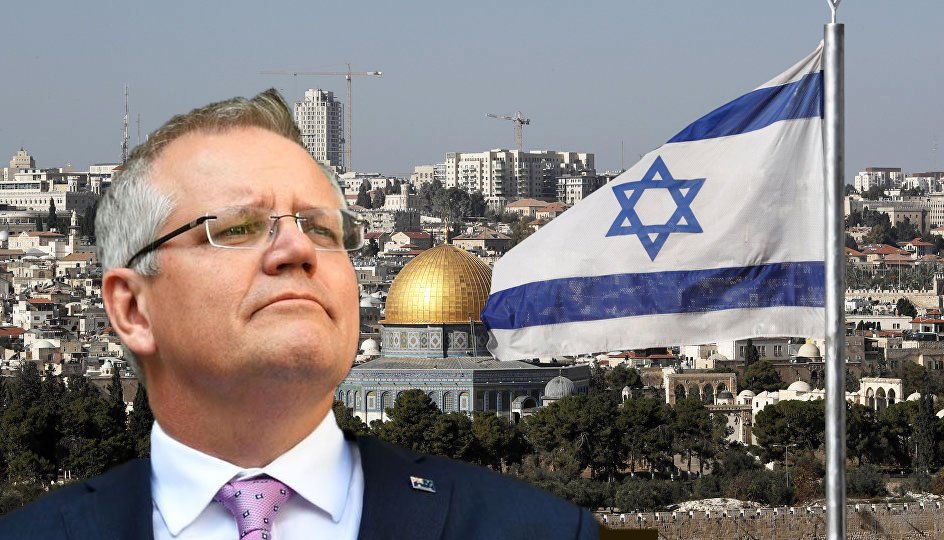 Prime Minister Scott Morrison’s controversial decision to follow the US and move Australia’s Israeli embassy from Tel Aviv to Jerusalem has had immediate repercussions, with Indonesia threatening to put on hold a new trade deal.

Days before a crucial by-election in a Sydney electorate with a large Jewish population, Mr Morrison said on Tuesday his country was “open” to shifting recognition of Israel’s capital to Jerusalem while still being committed to a two-state solution.

But Indonesia, the world’s largest Muslim-majority country, has warned Australia that moving its embassy to Jerusalem could undermine a peace process between Israel and the Palestinians.

Indonesian Foreign Minister Retno Marsudi said she had conveyed her country’s opposition to such a move to Australia.

Indonesian Foreign Minister: We have conveyed to Australia our opposition Re Embassy issue…. Indonesia encourages Aust and other nations to continue to support the peace process and not conduct any action that could undermine the peace process and global security pic.twitter.com/JpiOAYACLH

Indonesian Foreign Ministry spokesman Arrmanatha Nasir declined to comment on a report by ABC that Jakarta was considering putting a trade deal – due to be signed soon with Australia – on hold over Morrison’s comments.

The free trade agreement was cemented during Mr Morrison’s first international trip as prime minister – and was set to be signed before the end of the year.

It is set to unlock educational opportunities in the Asian country, which has a workforce of more than 130 million people but half of them only have a primary school education.

The ABC reported Australia’s ambassador in Jakarta has sought an urgent meeting with Indonesian foreign ministry officials to explain.

Indonesia’s support of a Palestinian state is one of its most important foreign priorities.

the worst consequence of this is not indonesia cashing out of a trade deal. its more palestinian people being beaten and murdered

Mr Morrison said no decision had been made to move Australia’s embassy, but he said arguments in favour of such a move were “persuasive”.

He played down the concerns.

“I have been in direct contact with President Joko Widodo over the course of last night and through this morning,” Mr Morrison told Parliament on Tuesday.

“I have been pleased to be able to explain very clearly the nature of the announcements that I have made today.

“And I have been very pleased with the response that I have received from President Joko Widodo.”

Mr Morrison said he looked forward to going to the ASEAN, APEC and G20 summits in coming months and talking about his ideas of doing things differently in the Middle East.

As well as the proposed embassy shift, Mr Morrison announced a review into support for the Iran nuclear deal and declared Australia will this week vote against the Palestinian Authority chairing a United Nations group.

The major shifts in Middle East foreign policy come five days out from the by-election in Wentworth, where 12.5 per cent of voters are Jewish.

And while the Prime Minister dismissed questions about the timing of his announcement, he credited the Liberals’ Wentworth candidate Dave Sharma, a former Australian ambassador to Israel, with raising the embassy issue.

“Australia’s position on this issue has, to date, assumed that it is not possible to consider the question of the recognition of Israel’s capital in Jerusalem and that be consistent with pursuing a two-state solution,” he said.

“You can achieve both and indeed by pursuing both you are actually aiding the cause for a two-state solution.”

“But frankly, it hasn’t been going that well. Not a lot of progress has been made, and you don’t keep doing the same thing and expect different results,” he told a media conference in Canberra.

“This is a bloke who is prepared to do and say anything to hold on to his parliamentary majority,” Senator Wong said.

I spoke today with Australian PM @ScottMorrisonMP. He informed me that he is considering officially recognizing Jerusalem as the capital of Israel & moving the Australian embassy to Jerusalem. I’m very thankful to him for this. We will continue to strengthen ties between 🇮🇱 & 🇦🇺!

If Australia does proceed, it will following the decisive move by US move its embassy this year, effectively recognising the holy city of Jerusalem as the ‘true’ capital of Israel.

The opening of the US embassy prompted demonstrations and violent clashes between protesters and Israeli forces along the border between Israel and the Palestinian territories.

Australia abstained from a UN vote last year overwhelmingly condemning Washington’s decision to recognise Jerusalem, which is home to Muslim, Jewish and Christian holy sites, as the Israeli capital.

A total of 128 countries backed the December 22 UN resolution on rejecting Mr Trump’s decision to move the US embassy to Jerusalem.

Nine nations voted against the resolution, while 35 countries, including Australia, abstained.

“We support a two-state solution and our view has been that any shift in representation, in the way we saw with the United States, does not move us closer to that peaceful resolution,” Ms Ardern said.

Speaking to ABC radio, Mr Sharma pointed out he first made comments around moving the embassy in May and said the way the US moved its embassy was not consultative.

Mr Sharma said he would have preferred the US stick with the Iran deal, but it made sense for Australia to review its position in light of the withdrawal.

Labor and the coalition – along with the United Kingdom, France, Germany – have until now backed the Iran nuclear weapons deal.

In March, Ms Bishop criticised the US for pulling out and recommitted Australia to support the deal, under which Iran agreed to slow its nuclear research and development program and allow weapons inspections in exchange for the removal of international sanctions.