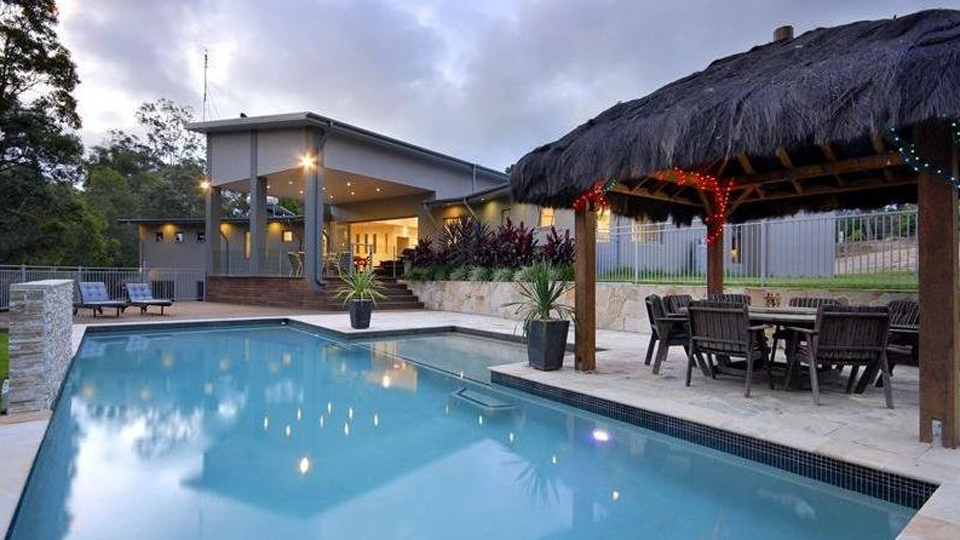 Stuart Robert's internet bill was $2832 for the month of May at his home in Nerang. Photo: Lucy Cole Prestige Properties

Current and former neighbours of federal MP Stuart Robert have confirmed his street has internet troubles, but are still shocked he racked up $38,000 in data charges.

Olive Cavanaugh, a retiree who lives with her husband Jim several houses down in a secluded Nerang street on the Gold Coast, confirmed there were limited internet options.

“We’ve been here since 2011 and we only ever had wireless,” Mrs Cavanaugh told The New Daily.

“It is very archaic and it doesn’t work very well. It only works in some places.”

She said her home is on a small monthly plan.

“When my grandchildren come, that runs my bill up by about $60 a week.”

Still, Mrs Cavanaugh said she was “stunned” when she heard how much Mr Robert had spent on wireless internet.

Then I thought, well, what does he have to do to run it up like that?”

The New Daily put that question to Mr Robert’s office. He declined to add further comment to previous statements.

Prime Minister Scott Morrison has ordered an investigation into the Assistant Treasurer’s internet usage. The controversy has not hurt his government’s polling numbers, with Sunday night’s latest Newspoll putting the Coalition one point closer to Labor on the two party preferred measure – 47 per cent to the ALP’s 53 per cent.

The neighbour, Mrs Cavanaugh, agreed Mr Robert did the right thing by paying back $37,975 worth of bills.

She has been told the street she shares with Mr Robert will be able to connect to the NBN “in a few weeks”.

Mr Robert told Fairfax he exceeded his 50GB data limit by an extra 250GB and was slugged with an excess charge for each of those additional gigabytes.

It was the only way to obtain reliable internet in the “semi-rural” area as it was too far from the telephone exchange to get broadband, he said.

Mr Robert said he would soon be moved onto the NBN.

Telstra offers unlimited data for $89 a month on a 24-month home broadband plan on the NBN. Optus has a similar deal for $90 a month.

Kathy Ryan, who lived on the same street as Mr Robert until 2012, agreed residents “struggled” to get broadband.

“It was hard to get to start with,” Ms Ryan told The New Daily.

“Telstra would only give out a certain amount of broadband. If you got in at the right time you got it. [Otherwise] you had to wait for someone to let it go.”

However, Jesse Thompson, who lived in Mr Robert’s house for three months when it was held by a previous owner, said “we never had any issues with internet there”.

“I lived in that house. We had no issues with internet there, so that doesn’t really add up,” Mr Thompson told The New Daily.

“You’d think it [the internet] would just get better and better.”

He said the enormous internet bill “seems a little dodgy”.

Mr Robert was elevated to assistant treasurer when Scott Morrison became prime minister. He had been relegated to the backbench by Malcolm Turnbull in 2016 over a trip to China, where he attended an event celebrating a deal involving an Australian mining company headed by a Liberal Party donor.

The politician has a masters degree in information technology and was chief executive of GMT Recruitment, an IT recruiter, before entering Parliament in 2007.