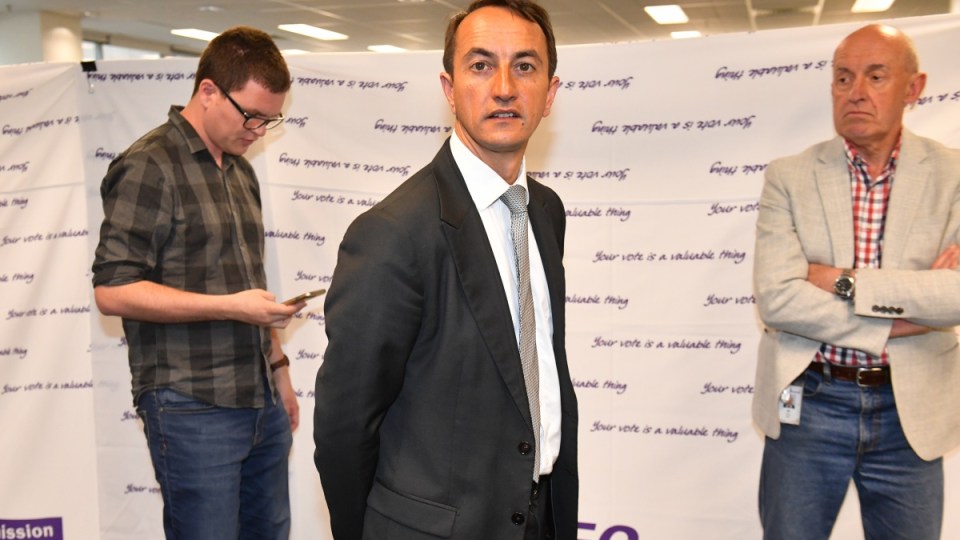 To protest or not to protest. That is the question occupying the minds of residents in the federal seat of Wentworth, who’ll be lodging their byelection vote in a week’s time.

It’s not that these voters don’t have anything to protest about. The quandary is whether lodging a protest against the tearing down of the former member for Wentworth, Malcolm Turnbull, is worth putting the entire Coalition government at risk.

There’s a good reason why most federal governments in the past haven’t won byelections. In most cases, those governments had a comfortable majority and could afford to lose a seat. This buffer gave confidence to voters who wanted to reprimand the government but not change it.

The stakes are much higher for the Wentworth poll. A loss to Labor or the high-profile independent Kerryn Phelps will leave the new PM Scott Morrison in charge of a minority government. This doesn’t necessarily mean the Coalition government can’t continue; it could still pass legislation and survive a no confidence motion as long as it had the support of two crossbenchers.

However it’s unclear how many of the five crossbenchers (or six, if Dr Phelps is elected) would be prepared to guarantee that support for the Government. We’ll hear more of that in the coming week when Parliament resumes.

We can also expect Labor, the Greens and Dr Phelps to use this remaining week to agitate disgruntled voters in Wentworth by amplifying the reasons why they should lodge a protest vote against the Coalition.

Climate action and supporting Australia’s transition to renewable energy is an obvious one, given the very progressive nature of the affluent and educated Wentworth electorate and the Morrison Government’s apparent abandonment of the issue, other than to ridiculously insist that it’s meeting emissions reduction targets ‘in a canter’.

The alarming extent of the Coalition’s climate regression even brought an unexpected presence to the Wentworth campaign this week, when the former PM’s expatriate son Alex Turnbull posted a video on social media calling for a protest vote against the Government.

Another vexed issue that will pose a problem for the Coalition’s Wentworth campaign is the ‘protection’ of religious freedom, which exploded into the headlines this week.

The overtly Christian Scott Morrison has been at pains to keep the recommendations of the Ruddock review into religious freedoms out of sight until the Wentworth byelection was concluded. There would have been two connected reasons for this reluctance to have a debate over religious freedom when the voters of Wentworth were still considering their options.

Firstly, the electorate is not particularly religious. According to the most recent census, a third of the electorate describe themselves as having no religion and another 14 per cent did not name a religious affiliation. Secondly, Wentworth is overwhelmingly supportive of LGBTI people, registering the nation’s third-highest vote (80.8 per cent) in support of gay marriage.

The serialised leaking of the Ruddock report recommendations this week therefore creates a very messy situation for the PM by exposing the support within the Coalition’s ranks for changes that would impinge on the human rights of LGBTI people in the name of ‘protecting’ religious rights.

Any suggestion that the Government would implement such recommendations will likely provoke a backlash in Wentworth. Particularly when there’s the option of supporting a high-quality independent candidate, such as Kerryn Phelps, who also happens to be gay.

The other issue that could cause grief for the Government in Wentworth could be troublesome for Labor too.

Only the Greens and Dr Phelps are campaigning against the Coalition’s indefinite offshore detention of asylum seekers and minimal assistance for refugees stranded on Nauru and Manus. The Labor Party is deeply divided on the issue, much as the Australian people appear to be according to this week’s Guardian Essential Poll.

The poll found that while 43 per cent of respondents did not want asylum seekers to be kept indefinitely on Nauru (compared with 35 per cent who did), an almost even number were for and against (40-39 per cent) transferring families and children from Nauru to Australia. When asked if the Nauru detention centre should be closed altogether and the remaining asylum seekers brought to Australia, 47 per cent opposed the idea while 37 per cent supported it.

However, it won’t matter much to Labor if Wentworth voters are unhappy about its asylum seeker policy and vote for Kerryn Phelps instead. The Opposition’s goal is not necessarily to win the byelection but to ensure that the Government loses it. If Labor or Dr Phelps come second in the primary vote, then the other’s preferences could carry them past the Liberal candidate and into office.

That’s why Scott Morrison has been warning voters not to be complacent about Dr Phelps ‘giving’ her preferences to the Liberals. “A vote for Kerryn Phelps is not a vote for the Liberals” the PM has stressed. If enough protesting Liberal supporters give Dr Phelps their primary vote, she’ll end up as the new member for Wentworth.

In Wentworth, as ScoMo knows only too well, it’s all about protests and preferences