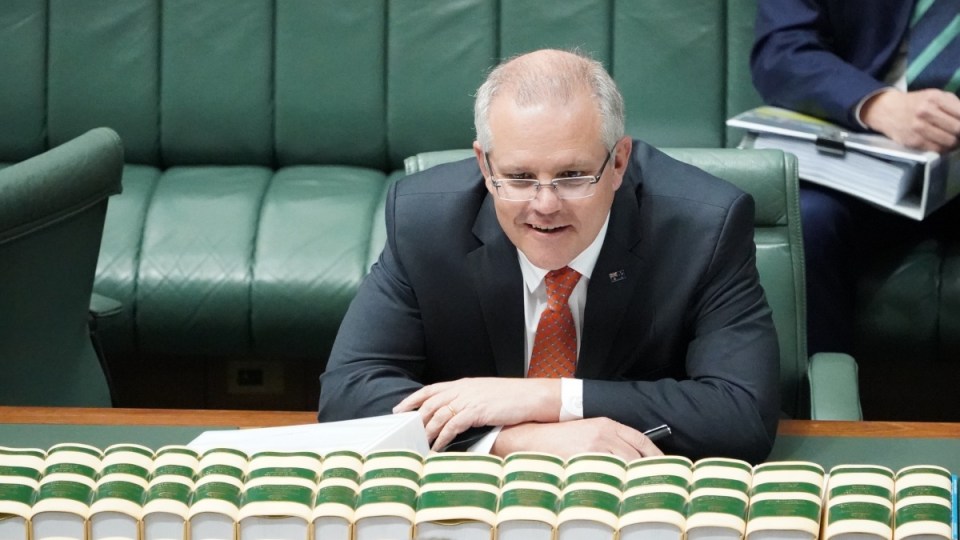 Scott Morrison's claim we're on track to meet emissions targets is as untrue as many of Trump's wild claims. Photo: Getty
analysis

Australia’s new prime minister Scott Morrison showed this week he has mastered one of US President Donald Trump’s most amazing tricks: the ability to make claims he and every one else knows are complete nonsense – and to make them with total impunity.

Mr Trump’s wild claims over the past couple of years have become legendary. Among the most brazen are: that he achieved more in his first 90 days than any president; that he won a “massive landslide victory” in the 2016 election; and that the US is “the highest taxed nation in the world”.

All are demonstrably false, everyone knows it, and yet he gets away with making them.

His staff have been no better. His former press secretary Sean Spicer famously claimed that Mr Trump’s inauguration crowd “was the largest crowd ever to witness an inauguration” – it certainly wasn’t – while his adviser Kellyanne Conway’s “alternative facts” and his lawyer Rudy Giuliani’s “truth isn’t truth” comments became instant classics of the Trump era.

Journalists have been tirelessly debunking such statements since the beginning of Mr Trump’s presidential campaign. Pulitzer Prize-winning US fact check site PolitiFact has even dedicated a whole section of its website to disproving Mr Trump’s false claims.

But it makes no difference. Donald Trump is still president, and he’s still telling lie after lie without consequence.

This is a disturbing development because it takes away the press’s power to use facts to hold politicians to account.

If our leaders can openly lie with impunity, then what’s even the point of exposing such lies? Which brings us to the point of this article.

On Sunday, Prime Minister Scott Morrison, told a blatant fib on national television. In an interview with Barrie Cassidy on ABC’s Insiders, he declared that Australia would meet its 2030 greenhouse gas emissions reduction target “in a canter”.

As The New Daily demonstrated in some detail, this is simply not true. The government’s own research shows we are on track to fall short of our commitments, and not just by a little bit. A vast chasm separates us from our 2030 target.

Mr Morrison surely knows this, but his comments to the contrary show he has as relaxed and open a relationship with the truth as Donald Trump.

The evidence he knew his comments were untrue is found in the following extract of the ABC interview. The relevant comments are marked in bold.

CASSIDY: You released the latest greenhouse gas emissions on Friday night, they’re up 1.3 per cent, the highest level on a quarterly basis for eight years and yet you’ll say you’ll reach the Paris commitments in a canter.

CASSIDY: Based on what?

PRIME MINISTER: Based on our assessments and we’ve got emissions per capita are at the lowest level in 28 years, Barrie, and those figures, in particular, for the March quarter, were based on some rather stronger LNG production figures for that period. So look, one swallow doesn’t make a summer, and I know that plenty of people will leap on that and they’ll say that you need to do X and Y and they’ll use those numbers for that purpose. But it means that we’re going to meet Kyoto 2 and we’ll smash that number. We smashed Kyoto 1.

CASSIDY: But that has no relevance to whether or not you’ll reach the Paris targets?

PRIME MINISTER: We will Barrie.

The “plenty of people” who will say “you need to do X and Y” include the highly-trained experts commissioned by his government to calculate Australia’s carbon emissions in 2030.

And those calculations reveal that without major policy changes, we are on track to fall hopelessly short of our Paris targets.

Judging by the comments section on Wednesday’s article, The New Daily’s readers do not accept Mr Morrison’s lie. But Mr Morrison does not seem to consider it necessary to answer their concerns.

The New Daily presented the Prime Minister’s office with the evidence that Mr Morrison was lying, and requested an explanation, repeatedly, by phone and email. We got no response.

We met the same stony silence earlier this year, when The New Daily debunked the then-treasurer’s highly misleading statements about his income tax cuts.

Mr Morrison apparently thinks he, like Donald Trump, can twist the truth with impunity – and it may turn out he’s right.