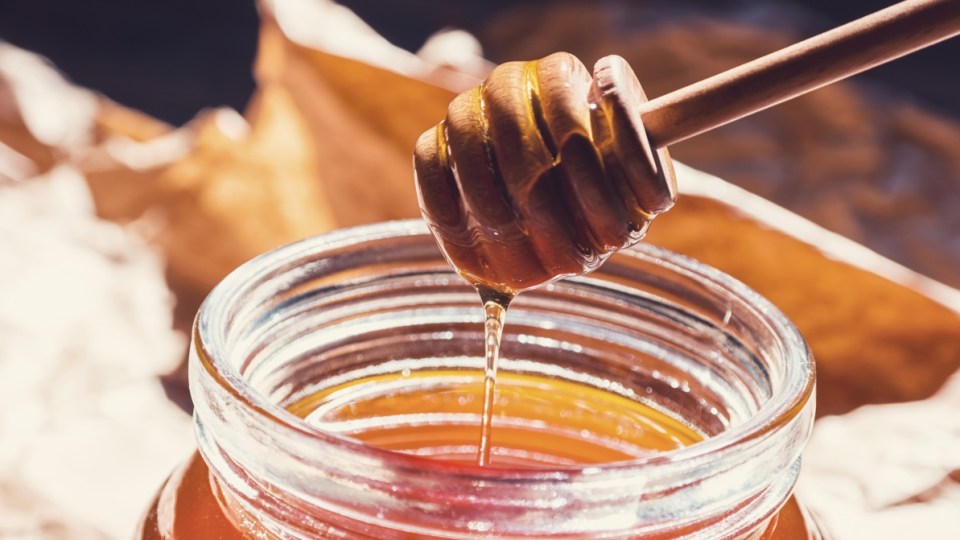 Fake honey is not just an International problem. Photo: Getty

Almost one in five Australian honey samples, including some expensive boutique honey, are fake, according to a ground-breaking study that tested samples of local and international branded honey.

The study, conducted by a team of scientists at Macquarie University, used 100 samples of honey sourced globally, including 38 Australian-branded honey samples.

It found more than half the samples sourced from Asia, mainly China, were adulterated, meaning the honey had been mixed with other non-honey substances.

Testing at the National Measurement Institute, the same high-security government lab used to test drugs seized by Border Force, found 27 per cent of overseas samples were not 100 per cent honey.

But the big shock was Australian honey.

Of the 38 honey samples sourced from supermarkets and markets, 18 per cent, or almost one in five, showed adulteration.

The adulterated honey was sourced from Victoria, Queensland, NSW and Tasmania.

The study, titled Authenticity and geographic origin of global honeys determined using carbon isotope ratios and trace elements, was peer reviewed and published in Scientific Reports, and provided to a joint investigation by Fairfax Media and the ABC’s 7.30 ahead of its release.

It warns mislabelling compromises the confidence of customers and raises health and safety concerns.

“Blended honey of unknown origin has been known to contain antibiotics, toxins, irradiated pollen or even alkaloids with the potential to cause organ damage,” the study said.

Its findings are expected to put pressure on authorities to start testing local honey.

In Australia, authorities only test imported honey with 5 per cent tested using the C4 sugar test, which is decades old and can’t detect syrups such as rice syrup which are commonly used by fraudsters to dilute honey.

Consumers should be ‘very confident

Peter McDonald, the chairman of the Australia Honey Bee Industry Council (AHBIC), a peak body for the industry, said local honey was not tested by the authorities.

“It is up to the individual companies that actually buy the honey to then test,” he said.

Mr McDonald, who was briefed by Professor Taylor on the results of the study, said he didn’t believe Australia had a problem with honey adulteration and that consumers should be sure that if the label said the product was pure honey, that it was.

“They should be very confident,” he said.

I would say there is not a problem in Australia, I am fully confident the Australian honey bee industry is clean and green and we have the best product in the world.”

His confidence is based on his inside knowledge of the industry.

“I’m a beekeeper and I’m also chairman of the Australian Honey Bee Industry Council, and I know beekeepers and they are honest, hard-working people and they are just using what nature is providing, bees are providing, and they are producing it in a pure form and providing it to people to market.”

But he did concede he could not know all beekeepers or producers were doing the right thing.

Results ‘could be conservative’

Professor Taylor said he was surprised by the findings on Australian-sourced honey.

“We know that the issue of adulteration is a prevalent problem but we didn’t think it would be that persistent in Australia for Australian-produced products,” he said.

He said the research was robust but believed the results could be conservative given the official honey test, the C4 test, was used, which has come under attack for its inability to detect substances used by fraudsters to beat the tests.

He said he used the official test used by authorities because he wanted to see whether there was a systemic problem in the honey industry.

“The only way to guarantee that you are getting real bona fide honey is to buy it from a local producer where you can see it coming out of the hive or you produce your own honey yourself. That’s really the only deadest guarantee at this moment in time,” Professor Taylor said.

The findings come weeks after the honey industry was put under the spotlight in a joint investigation by Fairfax and 7.30 that revealed the country’s biggest supermarkets and listed honey company Capilano’s Allowrie branded Mixed Blossom Honey, which blends local and imported Chinese honey, tested as “adulterated” in a majority of samples tested.

The tests were conducted in a German lab that specialises in detecting fake honey using a new test known as Nuclear Magnetic Resonance (NMR). 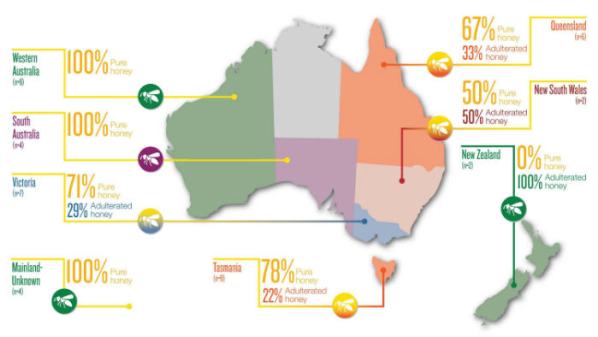 Capilano denied its Allowrie brand wasn’t pure and criticised the NMR on the basis it wasn’t the official test.

But the study prompted the Australian Competition & Consumer Commission (ACCC) to launch an inquiry into imported honey.

Professor Taylor sent his latest study to the ACCC for investigation.

He declined to reveal the names of the scores of brands that were sampled, on the basis it would detract from the study, which was to prove adulteration was a global problem.

“The study is not really about particular brands, it’s about looking at the persistence and prevalence of authenticity of honey,” he said.

“It did include some boutique brands and it came from a range of providers.

“And we also tested some Manuka honey and that failed. That is a boutique brand.

“But, as you know, there is something in the order of about 10 times of the amount of Manuka honey sold as there is produced.”

The study noted a massive mismatch between the amount of Manuka honey produced in New Zealand a year – 1700 tonnes versus 10,000 tonnes sold.

It was part of a broader investigation into honey, which previously looked at urban contaminants in native bees and European bees.

Xiaoteng Zhou decided to test Australian honey after a honey company was fined in Australia in 2016 for selling fake honey.

“Two years ago, in 2016, a commercial honey secret was revealed on Facebook and the honey sold in the supermarket might be toxic,” she said.

It was claimed to be an Australia product but it was actually imported from overseas.

“These samples were analysed in Germany labs, so we were thinking, ‘Can we do the analysis in Sydney’, then we designed this project and we collected samples and developed this method.”

Food fraud is a $US40 billion a year industry and it is getting bigger as criminal gangs exploit weak regulation and outdated government tests.

Honey is the third most adulterated food in the world, behind milk and olive oil.

The international fraudsters produce the fake honey and sell it to unsuspecting suppliers at a higher price, making a fortune along the way.

Chinese vendors use website Alibaba to sell rice syrups and other syrups that claim that they can pass official honey tests.

They sell for $US500 a metric tonne, which is vastly cheaper than honey.

“That’s why Interpol is interested,” said Phil McCabe, the president of the International Federation of Beekeepers’ Associations (Apimondia).