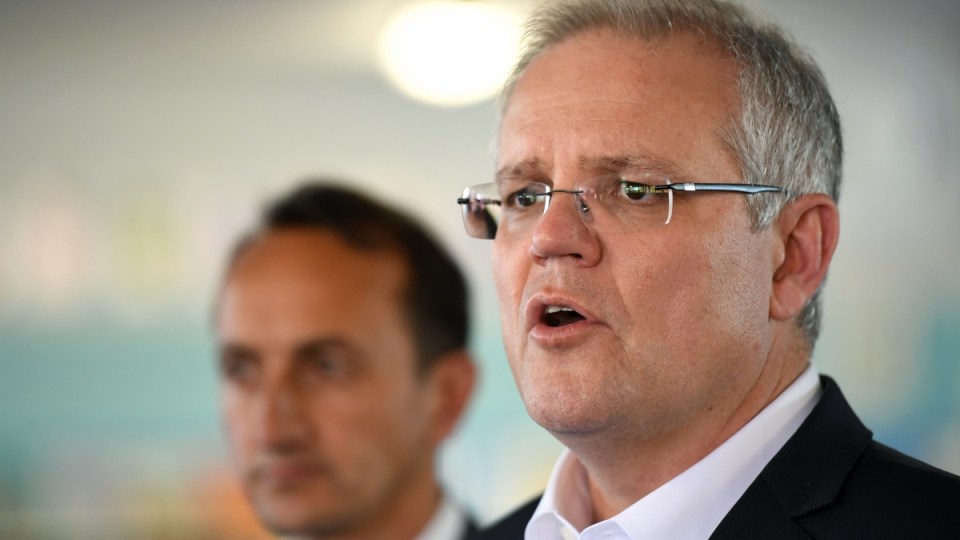 The Coalition has lost its 41st Newspoll. Photo: AAP

Prime Minister Scott Morrison says he fears “tensions and anger” in the workplace if companies are forced to publicly disclose how much they pay women compared to men.

His comments came as the government lost its 41st Newspoll in a row, with a two-party preferred vote of 46 per cent to Labor’s 54 per cent. The two-party measure takes preferences into account.

This was an improvement of 2 percentage points for the government, following the horror polls in the weeks after the overthrow of Malcolm Turnbull. But it would still mean a resounding loss for the Coalition if the next election mirrored the poll results.

Mr Morrison feared the policy would pit workers against each other.

“I want policies that bring Australians together. I don’t want to create tensions and anger and anxiety in the workplace,” he told reporters in Sydney on Sunday.

“You’d want to be confident that you weren’t just going to be setting up conflict in the workplace. What matters is narrowing the pay gap.”

The gender pay gap in Australia had reduced from 17.2 per cent to 14.5 per cent under the Liberal government and was trending downwards, he added.

Under Labor’s policy, companies with more than 1000 employees would have to reveal how much they pay women compared to men in a bid to close the “stubbornly high” gap.

Companies already report their gender pay data to the Workplace Gender Equality Agency but Labor would make it public, the statement said.

“The industries that most commonly use pay secrecy clauses also have some of the largest gender pay gaps,” Ms Plibersek said.

Labor’s policy was an important step towards fair pay for women, the Australian Council of Trade Unions said.

President Michele O’Neil said it will ensure employers won’t be able to punish their employees for discussing pay with each other.

“Working women need measures to combat the systematic society-wide undervaluation of work done by women,” Ms O’Neil said in a statement on Sunday.

“This must include moving away from reliance on the narrow and failing enterprise bargaining system.”

All Australian government departments and agencies would also have to conduct gender pay audits within the first year of a Labor government.