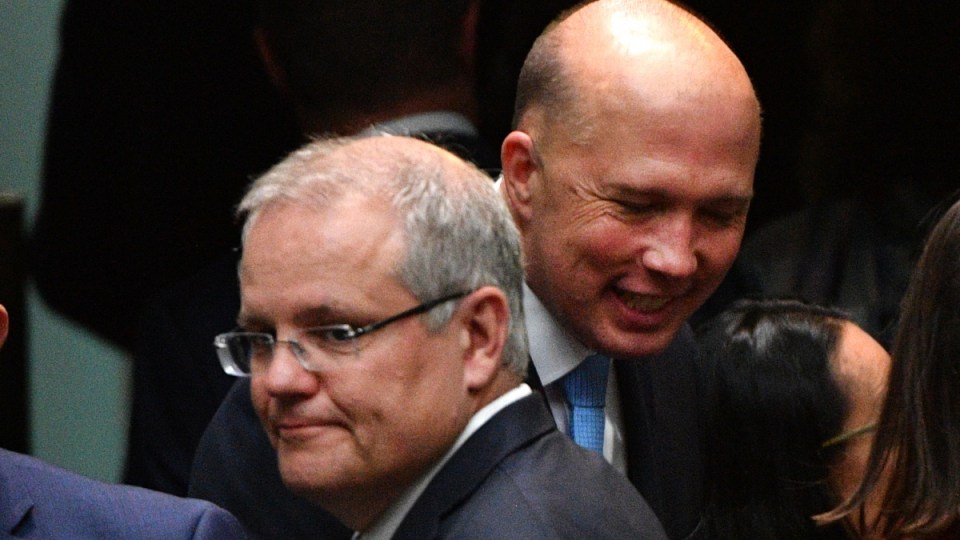 Frontbencher Peter Dutton would lose his seat based on the Newspoll analysis. Photo: AAP

Prime Minister Scott Morrison says he has full confidence in Peter Dutton, despite calls for the Home Affairs Minister to be stood down over the European au pair saga.

A Labor/Greens-dominated Senate inquiry has found Mr Dutton misled Parliament by denying he had personal connections to the families wanting to host two women he released from immigration detention.

The opposition is calling on the Prime Minister to sack Mr Dutton, but Mr Morrison told Channel Nine there was no need.

“If the Labor Party thinks that the worst thing that can happen in Australia is an au pair comes and reads you a bedtime story, then that tells you everything you need to know about their views on national security.”

The inquiry was examining two cases where Mr Dutton intervened to assist with visas for women visiting Australia on tourist visas who intended to work as au pairs.

In June 2015, a former Queensland police officer who served alongside Mr Dutton 20 years ago contacted the Minister’s office requesting help in the case of an Italian woman detained at Brisbane airport.

A second case caught Mr Dutton’s attention in November 2015, when AFL boss Gillon McLachlan contacted the Minister’s office on behalf of his second cousin, when a French woman hoping to work for him was detained at Adelaide airport.

“It is the view of the committee that Minister Dutton had a clear personal connection and existing relationship with the intended employer of the au pair in the Brisbane case,” the committee’s report found.

“Given his definitive answer in the House of Representatives, it is the view of the committee the Minister misled Parliament in relation to this matter.”

Greens to try vote of no confidence in Dutton today

Greens MP Adam Bandt said this morning he would try to move a motion of no confidence Mr Dutton in Parliament today.

“I’ll be moving today or seeking to move a motion of no confidence in the Minister. If that passes then the Minister needs to stand down,” he said.

“The Parliament needs to know, when the Minister fronts up in question time, that the answers he gives are truthful.”

It is not clear whether a no-confidence motion would pass the House of Representatives, given the Greens would need an absolute majority of 76 votes to suspend standing orders first.

That would require all of the crossbench (including Nationals MP Kevin Hogan, who is sitting on the crossbench in protest against the Liberal leadership spill) to vote with Mr Bandt and at least one Coalition MP to cross the floor.