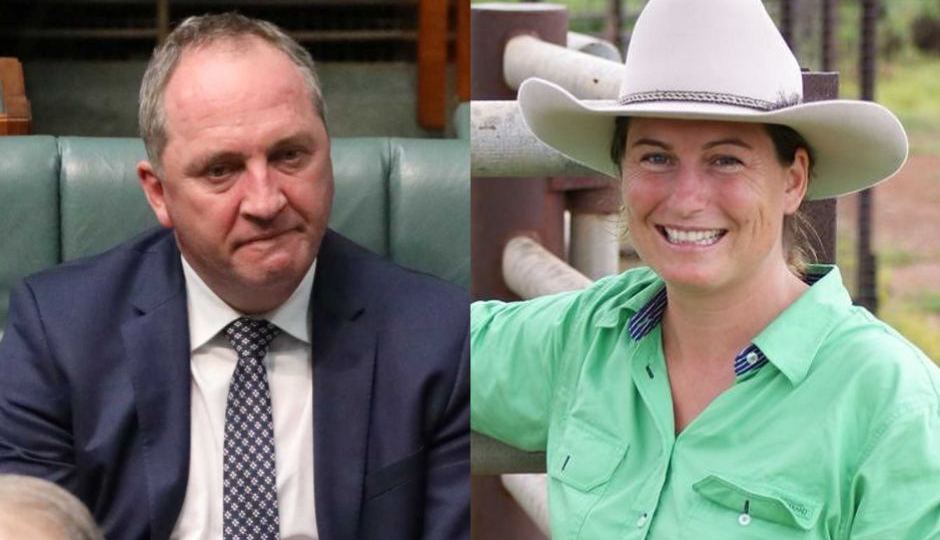 The West Australian businesswoman who accused Barnaby Joyce of sexually harassing her says she hopes her experience will improve the way all political parties deal with complaints of sexual harassment.

Catherine Marriott, 2012 WA Rural Woman of the Year and a Broome councillor, has spoken to 7.30 in her first media interview about what occurred.

She alleges the incident took place after a function in Canberra in August 2016.

“[After the incident] I walked up to my hotel room and I burst into tears. I then couldn’t sleep that whole night. I didn’t actually sleep for a week,” Ms Marriott said.

Initially, Ms Marriott chose not to report her experience to the police or the National Party, fearing the consequences of a public scandal.

“When it happened, he was the Ag[riculture] Minister. He was a very popular Ag Minister at that time, and I didn’t … I was … I’m just a little human against a big system, and I was terrified,” Ms Marriott said.

Ultimately, she decided she could not live with herself if she did not take action. She was inspired by the words of 14-year-old Dolly Everett, who committed suicide earlier this year after bullying.

“She left the world with some really wise words, which were, ‘Speak even if your voice shakes’. And that cut me to the core,” Ms Marriott said.

“I was sort of like, ‘Take a good hard look at yourself. What’s wrong with you, Catherine?'”

In February this year, Ms Marriott lodged a confidential complaint with the National Party, with no intention of ever taking the matter public.

She was devastated when details of the complaint and her name leaked and the alleged incident became front-page news.

“That is one of the most frightening things that you will ever have to live through,” Ms Marriott said.

“The control that I had over my own identity was taken away, and that’s something that I will live now with for the rest of my life, and I think was … you know, I think it was really unfair, and it was really horrific.”

Ms Marriott believes the source of the leak was the National Party. Despite that, she continued to participate with the party’s investigation, including flying from her home in Broome to the east coast three times at her own expense. Ultimately the investigation was inconclusive.

Her formal complaint to the National Party included full details of what allegedly occurred, although Ms Marriott declined to share the same details publicly.

“I don’t want to be someone who’s defined by that incident. I want to be able to have a career where the first thing that people think about when they meet me is not, ‘Oh, that happened to her’,” Ms Marriot said.

“I absolutely deny any allegation of sexual harassment,” he told 7.30 in a statement.

“I asked that this be referred to the police if the complainant wished to pursue this issue so I had the capacity to defend myself, as I firmly believe the complaint to be spurious and defamatory.

“This allegation should have been dealt with immediately [after] the complainant first believed there was an issue they wished to pursue, and the passage of nearly a year and a half since the time of the event to when the allegation was raised has not allowed a clearer determination on this issue.”

At the time news about her complaint leaked, Mr Joyce, who was then the deputy prime minister, was already at the centre of a political storm in Canberra, under pressure following revelations of his affair with his former staffer, Vikki Campion.

The Marriott complaint was one of the triggers for Mr Joyce’s resignation from Cabinet.

Ms Marriott is using her experience to change the way the National Party handles complaints, and worked with them to refine their policy on sexual harassment.

“I would really like to see all the political parties, state and federal, local governments, corporations both large and small, and the not-for-profit sector, ensuring that they have solid harassment policies.”

‘I didn’t sleep for a week’: Catherine Marriott speaks out about alleged sexual harassment by Barnaby Joyce