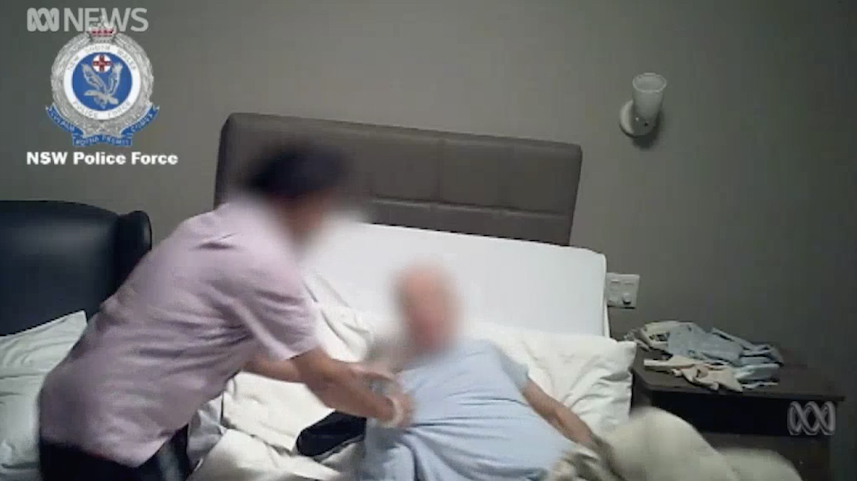 CCTV footage from a NSW nursing home captured the alleged abuse by staff of an 82-year-old resident. Photo: ABC

Prime Minister Scott Morrison has announced a royal commission into the aged care sector, warning that he expects the evidence and findings to be deeply shocking.

“I think we should brace ourselves for some pretty bruising information about the way our loved ones, some of them have experienced some real mistreatment,” Mr Morrison told reporters on Sunday.
“I think that’s going to be tough for us to deal with, but you can’t walk past it.”
The decision was triggered in part by the Oakden nursing home scandal in South Australia, which led to facility’s closure in 2017.

“We are committed to providing older Australians with access to care that supports their dignity and recognises the contribution that they have made to society,” he said in a statement.

The Prime Minister could no longer ignore the alarming number of aged care operators “flouting the law and putting lives at risk”.

There was an 177 per cent increase in the number of aged care homes where a serious risk to residents was identified in the last financial year, according to new government figures.

There was a 292 per cent increase in the number of facilities that refused to comply with rules.

“Walking by these statistics was not possible,” Mr Morrison said.

Mr Morrison, in a statement, said the government also needed to prepare for a major increase in demand on aged care as the baby boomers age.

“With more Australians exercising their choice to stay at home for longer, this means that when Australians are entering residential aged care these days they are doing so with more acute needs,” he said.

“This will continue to have a big impact on our residential aged care model in the future. We need to get ahead of this.”

The Prime Minister said Australia was a world leader in aged care, and most operators and carers were outstanding.

The royal commission will also look into the challenge of caring for young people.