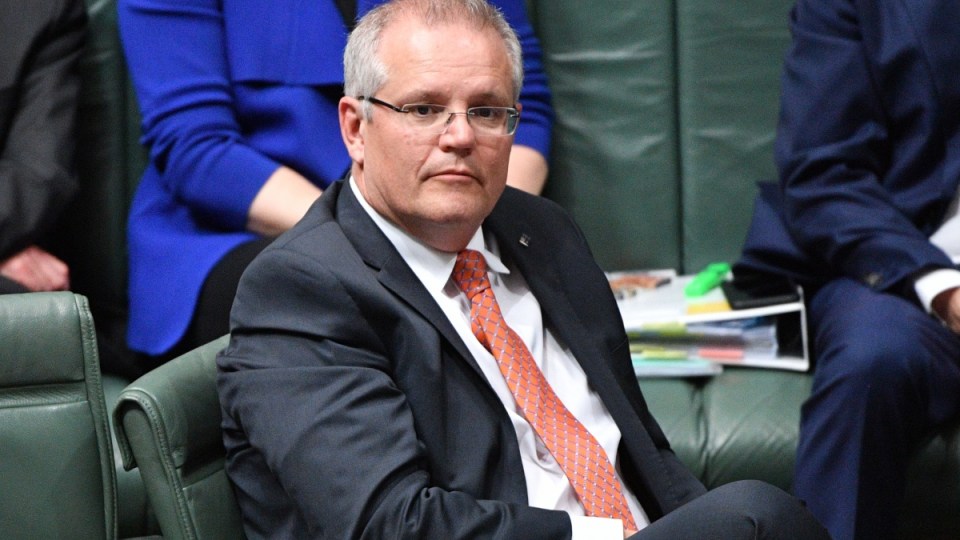 The clip dubbed part of the hip hop track Be Faithful over vision of Coalition MPs raising their hands in unison during Question Time on Thursday.

The song glorifies casual sex and contains a flurry of expletives, and the video was deleted hours after being posted on the Prime Minister’s Facebook, Twitter and Instagram accounts.

While the clip was widely mocked online, Mr Morrison and his office also incurred the wrath of the Parliament’s enforcer, the Serjeant-at-Arms.

The video was doctored to show Liberal and Nationals MPs raising their hands more times than they did, and the audio was deleted completely and replaced with the 2004 hit.

“Broadcast material may not be digitally manipulated for rebroadcast,” Serjeant-at-Arms James Catchpole told the ABC.

“The Prime Minister’s Office has been reminded of the terms of the media rules.

“The Serjeant-at-Arms’ Office will remind other Members and their staff of the provisions of the rules in due course.”

But the rest of the track includes:
To all my n—-s that they hit it from the back
Who want to have sex with no strings attached?

The Tweet accompanying the video claimed Thursday’s Question Time was “on fire” and featured a fire emoji.

Despite apologising late on Thursday night, Mr Morrison rubbished detractors on Friday and said the post was a “bit of fun”.

“We’re just trying to connect honestly with people, and some of the narcs will get a bit worked up about this sort of thing,” Mr Morrison said.

“I think Australians think politicians can take themselves a bit too seriously at times.”

The Serjeant-at-Arms is the official charged with enforcing the House of Representatives’ rules.

The Serjeant’s office has ordered other politicians and media outlets to remove similar vision in the past.

“In this case, the Prime Minister’s Office took down the broadcast clip without needing to be asked,” Mr Catchpole said.

Parliamentary officials strictly enforce rules around the use of vision from the chambers, and filming in non-approved parts of the building.

Press gallery journalists and photographers have previously had their accreditation suspended for breaching protocols in the past.