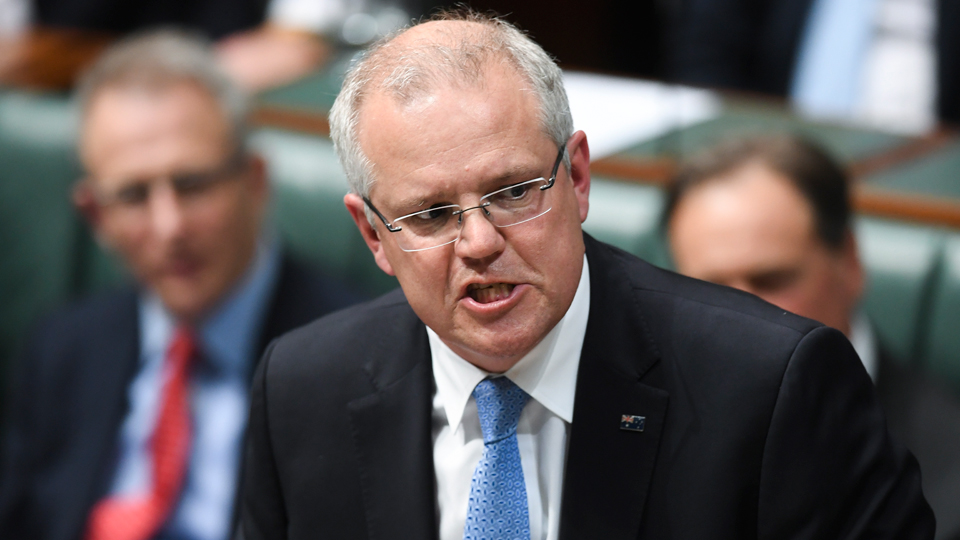 After dodging the question twice, new prime minister Scott Morrison has finally suggested his predecessor, Malcolm Turnbull, was too unpopular to remain leader.

“Malcolm Turnbull is no longer prime minister of Australia. Why?” was how Labor leader Bill Shorten opened question time on Monday, the first since the leadership change.

At first, Mr Morrison deflected, saying it was “a decision of the parliamentary party and they have made their decision”. He repeated the answer several times with different wording.

Mr Shorten persisted. “I asked not how the prime minister was replaced, but why?”

“The party chooses the person they want to lead to ensure we can put the best foot forward at the next election, to ensure we are connecting with Australians all around the country.”

Mr Morrison then pivoted to his new ‘fair go’ slogan.

“When it comes to the why, I’ll tell you why this government is doing all these things, because we believe in a fair go for those who have a go.”

TV viewers of question time were greeted with a different view of the government frontbenches. Only one Liberal woman was in shot behind the new PM. Under Malcolm Turnbull there were usually three – including Julie Bishop and Julia Banks, who have both alleged bullying and intimidation within the party.

Ms Bishop, dressed in a bright orange pant suit with pink nail polish, took her new backbench seat next to Ms Banks. Both have made allegations of bullying and harassment against their Liberal colleagues during the leadership spill.

Labor and the Greens teamed up to push hard on allegations Mr Dutton misled Parliament over the au pair saga, and on whether he is in breach of the infamous section 44 of the constitution. But the government stood firm.

“No,” was the curt response.

Attorney-General Christian Porter launched a fiery counter-attack by ridiculing the fact that Labor had sat on legal advice saying Mr Dutton was ineligible for several months.

“If the conclusion contained in the Labor advice is so absolutely critical to the integrity of this parliament … why did Labor wait 126 days before deciding to provide that advice to the Parliament?” Mr Porter said.

Mr Morrison hit back: “As I said, the curtain’s down on that performance. But the long-running performance of the Muppet Show on [Labor’s] side … is setting new records. We don’t hold a candle when it comes to their performance.”

He even evoked the infamous incident of Peter Baldwin, a NSW Labor MP who has “bashed” in 1980 after making allegations of branch stacking.

“This leader of the opposition would give the militant CFMEU free rein to abuse, threaten and intimidate workers in small businesses right across the country,” she said.

“No more fines, no more penalties if the leader of the opposition would have his way.”