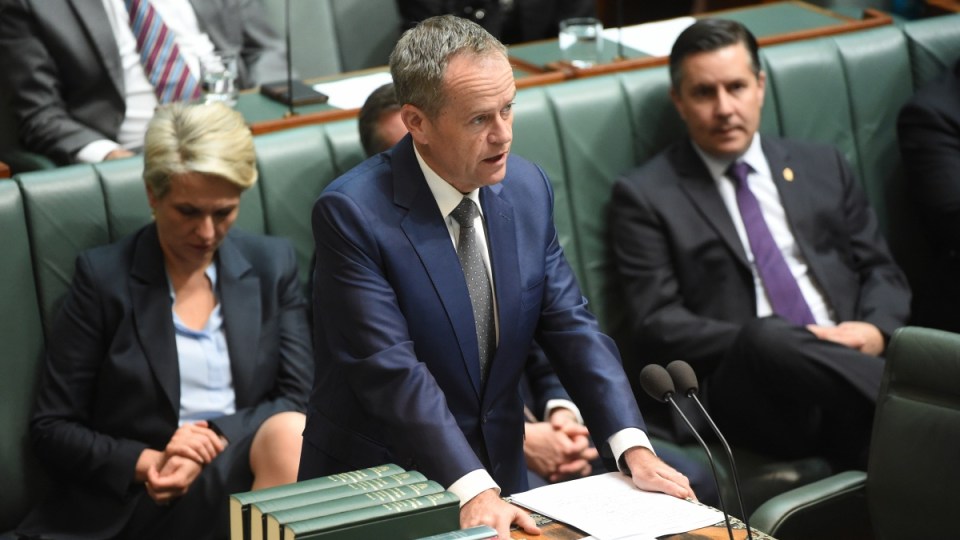 Scott Morrison’s government has won its first major test in the House of Representatives, beating back a Labor motion to suspend standing orders over instability and infighting within the Liberal party.

The government won the division 68-72 preventing Labor from moving a motion of no confidence in the government.

Labor leader Bill Shorten earlier said Australians were still asking why Malcolm Turnbull is no longer prime minister and accused the government of not being able to give the public an answer.

“If they do not trust each other, they cannot be trusted to look out for the interests of Australia,” Mr Shorten told parliament.

Mr Shorten says the government is focused on itself and not on helping the public, pointing to leaks about visa cases involving Home Affairs Minister Peter Dutton.

The Labor leader also took aim at Prime Minister Scott Morrison’s recent use of the term “Muppets” when speaking of the recent bitter leadership battle.

“Those opposite by their own description have given up governing, even the prime minister calls his own people The Muppet Show,” he said.

“Two weeks ago wasn’t the end of the civil war, it was just the opening shot and the next battle we see every day.”

Deputy Labor leader Tanya Plibersek took aim at Mr Morrison for pledging his support for Mr Turnbull in the days before he was knifed as leader.

She described Mr Morrison having his arm around the former prime minister while saying “I’m ambitious for this man”.

“I’m ambitious for his job, that’s what he should have said,” Ms Plibersek declared in the lower house.

Government minister Christopher Pyne said he agreed changing leader was not the right thing to do, putting the blame on Labor for its changes during the Kevin Rudd and Julia Gillard era.

“I agree with the Australian public that what they want is stability, they want a calm government in Australia that is getting on with the job,” he said.