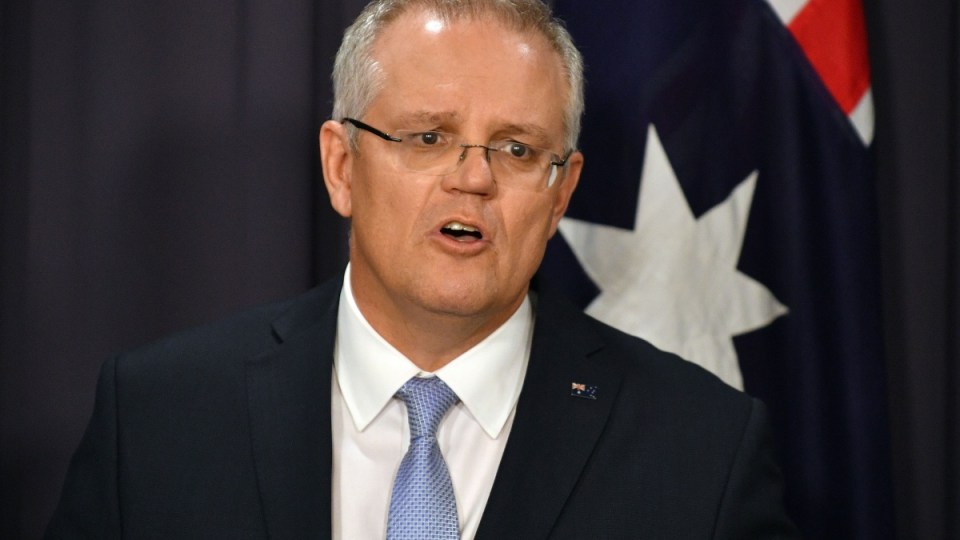 Scott Morrison will distance himself from the controversial NEG. Photo: Getty

Prime Minister Scott Morrison will propose to ditch the National Energy Guarantee – which has divided the Coalition – before the party room when parliament resumes next week.

But despite this, the government has claimed it will remain committed to meeting its Paris emissions targets.

“The government remains committed to meeting its Paris targets,” a spokesperson from the prime minister’s office told AAP on Saturday.

“Our commitment stands, but we won’t be legislating it.”

Earlier, Mr Morrison confirmed to The Weekend Australian that the energy policy formed by his predecessor, Malcolm Turnbull, would be given the flick.

“Largely, we are in that position already anyway, so it’s not a major shift. But we just need to put to rest any suggestion that this legislation is going ahead.”

Speaking to the ABC, Liberal MP Trent Zimmerman conceded he was sorry to see the NEG go, but that all its energy-reliability guarantees would remain.

“The first thing to say is we’re not tearing up the Paris targets,” he said.

There was internal division within the Coalition over whether to legislate them or not.

“But our commitment to fulfil them remains,” he said.

Even with the dumping of the NEG, Mr Zimmerman said the government still had a strong energy policy focused on driving down prices.

This included giving new powers to the Australian Consumer and Competition Commission to sanction and divest energy companies not playing fair.

It also included an investment guarantee to support dispatchable power.

But Labor MP Linda Burney called out Australia’s new energy minister, Angus Taylor, for playing down the importance of the Paris Agreement.

“I’m astounded that the government would walk away from trying to land a national energy policy,” Ms Burney told the ABC.