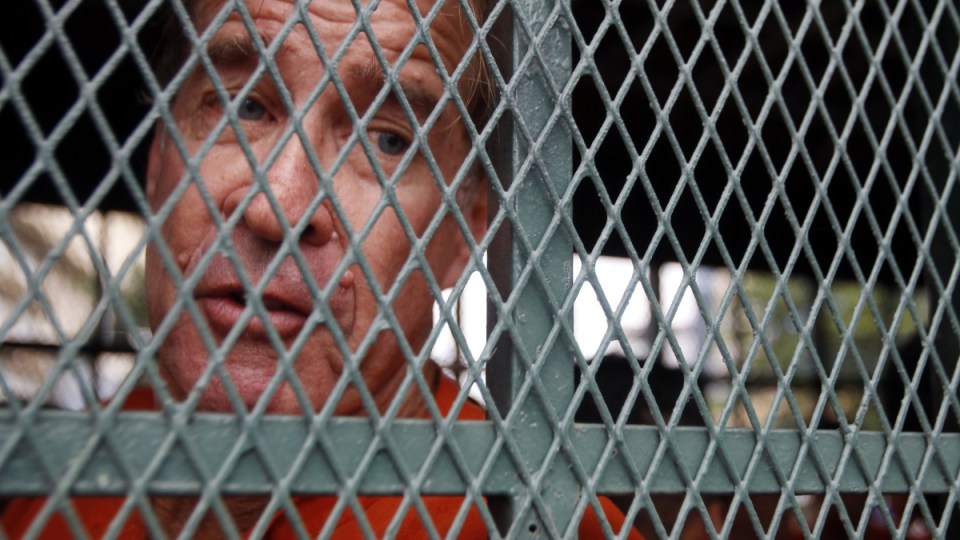 Jailed filmmaker James Ricketson will not appeal his sentence, instead appealing to the Cambodian King for mercy. Photo: Getty

Jailed Australian filmmaker James Ricketson will seek a royal pardon from the Cambodian King, instead of appealing his conviction for espionage.

Mr Ricketson, 69, was found guilty by a Cambodian court late last week, after allegations he had been using his documentary projects and humanitarian work to collect information that would jeopardise national security.

He was arrested in June 2017 a day after flying a drone over a political rally.

Soon after, government-friendly media outlets began to describe him as an “important spy”, and part of a plot led by the United States to overthrow Prime Minister Hun Sen, who has ruled the country for more than 30 years.

“James has decided to submit for a royal pardon, which is essentially just a request for clemency, for mercy, to the King Norodom Sihamoni,” Mr Ricketson’s son, Jesse told the ABC’s 7.30.

“It’s not a legal question anymore, it’s not about politics, it’s just a humanitarian issue.

Jesse Ricketson said his family was in regular contact with the Department of Foreign Affairs and that the Australian Government had indicated it would support the pardon application.

“We really appreciate that, we do need all the help we can get at this point,” he said.

He described his father as “pretty tough” and said the filmmaker was maintaining a positive attitude in prison.

“The conditions in the Prey Sar prison are very difficult, he’s crammed into very small cell with a lot of people,” he said.

“His cell has a 140 people in it. They have to sleep on the ground, they’re kind of touching up against each other.

“There’s a lot of sickness, skin conditions, illness, not a lot of food, next to zero medical facilities.”

He said he wanted the Cambodian Government to know Mr Ricketson loves the Cambodian people and “never meant to cause any insult or damage to this country”.

“We’re asking for mercy, for compassion, for consideration of the humanity of the situation, to please let him come home now.”

Following his conviction, Mr Ricketson had 30 days to launch an appeal.

“I welcome today’s statement by the Ricketson family that Mr Ricketson intends to formally lodge a petition for clemency,” Senator Payne said.

“The Department of Foreign Affairs and Trade will continue to work with his family, and provide Mr Ricketson with full consular support, as appropriate.”

“Labor has been clear in its criticism of the recent actions of the Cambodian regime, condemning its continuing anti-democratic crackdown on political and press freedoms,” Senator Wong said.

“Labor is deeply concerned by the conviction and severity of the sentence handed down to James Ricketson.

“Mr Ricketson’s family are understandably deeply concerned about his conviction, and the impact this will have on his health.”