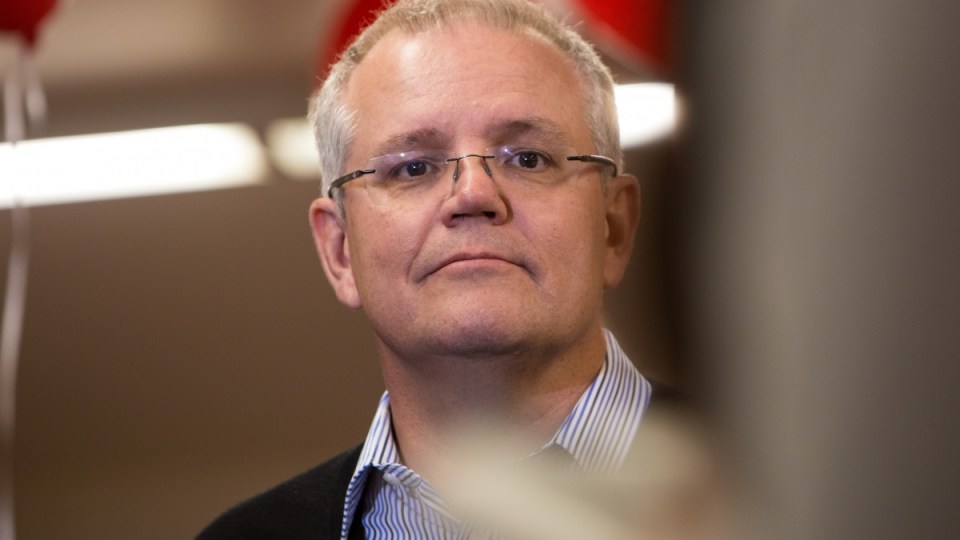 Mr Turnbull and wife Lucy were spotted at Sydney airport on Sunday afternoon boarding a flight to New York, where they reportedly own an apartment.

They are said to be holidaying in the US for the next six weeks, which means the former prime minister will not help the Liberals campaign to hold his vacated seat of Wentworth. Without his star appeal, it could be a close contest.

Labor’s push to raise $30,000 in donations for its Wentworth campaign has already met more than half its target.

Extraordinarily, it had help from Alex Turnbull, son of the former prime minister, who solicited donations for Labor over the weekend.

“Best bang for the buck you’ll get in political donations in your life,” Alex wrote on Twitter, with a link to a donations page for Labor’s Wentworth candidate, Tim Murray.

“Tight race, tight margin for government, big incremental effect whatever happens. If you want a federal election now this is the means by which to achieve it.”

Asked to comment on this bizarre turn of events, Mr Morrison joked: “I’m sure Alex’s only message is Happy Father’s Day to Malcolm. I am sure that is his focus today, on his father.”

Pushed further, he downplayed it as “democracy”.

Mr Morrison’s focus will be the blistering question time he is due to face in seven days’ time. Without a sitting Wentworth MP, his one-seat majority will be reduced to zero, meaning Labor might try to push for a no-confidence motion that could trigger an early federal election.

As the new PM tries to win public support, his media blitz is being regularly interrupted by questions about Mr Dutton’s granting of special visas to three au pairs (live-in nannies) accused of working in Australia illegally.

On Sunday, Mr Morrison defended his minister (and former leadership rival) by saying the au pair interventions were “completely consistent” with proper process.

“Nobody has pointed out to me anything to suggest any misuse of that power. Nothing at all.”

But the Prime Minister was careful to point out that, despite Mr Dutton being an “outstanding minister for home affairs”, the discretionary power to grant visas to au pairs (and others) had been shifted to the new minister for immigration, David Coleman.

In a show of compassion, Mr Morrison added: “These are human beings. Their lives are affected by these decisions.”

He was referring to au pairs, not humanitarian refugees.

Mr Dutton hit back at the allegations on Sunday by saying the timing, so soon after the leadership spill, was “suspicious at best”, an apparent swipe at his colleagues.

“I mean seriously, what is the go with the au pairs?” he said on Saturday. “Who would have thought such an arch-conservative, inspiration to the Institute of Public Affairs, was secretly working towards a nanny state?”

When asked on Sky News if Australia would meet its carbon emissions reduction target (set by Tony Abbott at between minus 26 and 28 per cent on 2005 levels by the year 2030), newly-appointed trade minister (formerly education minister) Simon Birmingham appeared to say yes.

“Judge us not just by what we say, but what we do in terms of outcomes that are being achieved,” he said on Sunday.

So will the Morrison government try to cut emissions in the fraught area of power generation?

Mr Birmingham’s reply was that the government would “encourage adoption of new technologies and new practices, all of which have played a big role meeting targets to date”.

He did not specify how.

Even as Mr Dutton and Mr Morrison dominated the news cycle, the other leadership contender, Julie Bishop, sat quietly in the background.

An ABC journalist tweeted over the weekend that it was “not a great idea to mess with Julie Bishop”.

Ms Bishop’s response was a veiled reference to the bold outfit she wore when announcing she would not quit Parliament after her leadership defeat. 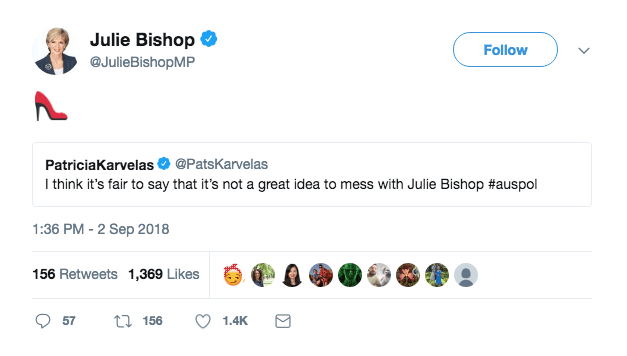