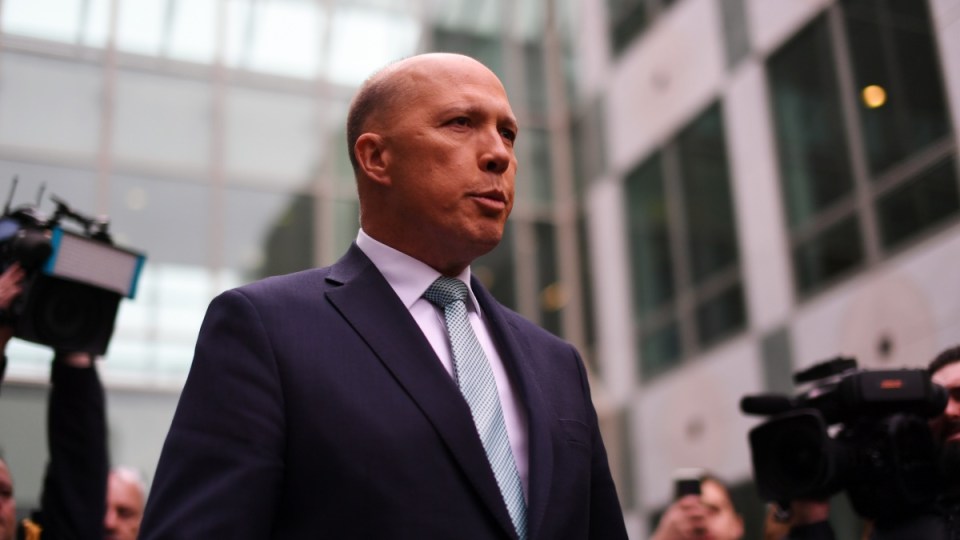 Prime Minister Scott Morrison insists Peter Dutton did not misuse his ministerial powers when he intervened to overturn visa rejections for au pairs.

The home affairs minister is under pressure over revelations he granted European nannies visas when he held the immigration portfolio in 2015.

Earlier, Mr Dutton told News Corp that he had intervened in hundreds of cases, including acting on approaches from Labor MPs, and blamed the current controversy on fallout from the turmoil inside the Liberal Party that led to ouster of Malcolm Turnbull.

“People are playing games and the timing of this attack off the back off the leadership issue a weeks ago is suspicious at best,” Mr Dutton said.

Mr Morrison defended ministerial intervention as a good feature of the immigration system.

“In his case, I’ve seen the decisions that were taken, and those decisions were all completely consistent with how that power should be exercised, and that’s frankly the end of the matter,” he told reporters in Sydney on Sunday.

“There is nothing before me which suggests any misuse of that power – nothing at all.”

The Prime Minister said he was happy for people to look at hundreds of decisions based on human circumstances he had made during his time as immigration minister.

In one case, Mr Dutton overruled the advice of immigration authorities to grant a French woman a visa after being lobbied by AFL boss Gil McLachlan.

Mr Dutton was also asked by a former Queensland police colleague to help Italian woman Michela Marchisio despite concerns she would breach her visa.

The minister said senior Labor figures including Anthony Albanese, Chris Bowen and Tony Burke had successfully lobbied him to intervene in visa decisions.

He said sick children, people with disabilities and aged parents were among the cases he had intervened in.

“I have applied common sense and have acted lawfully and on the merits of each case,” Mr Dutton said.

“What it looks like is if you have Peter Dutton on speed dial or you’re a Liberal Party donor, you’ll get a different immigration outcome than the ordinary person,” Ms O’Neil told the ABC on Sunday.

She said Mr Dutton had lied to parliament by saying he had no personal connection to the case concerning the Italian woman.

The au pair visa issue will be examined by a Senate inquiry, which is due to hear evidence from department officials next week.