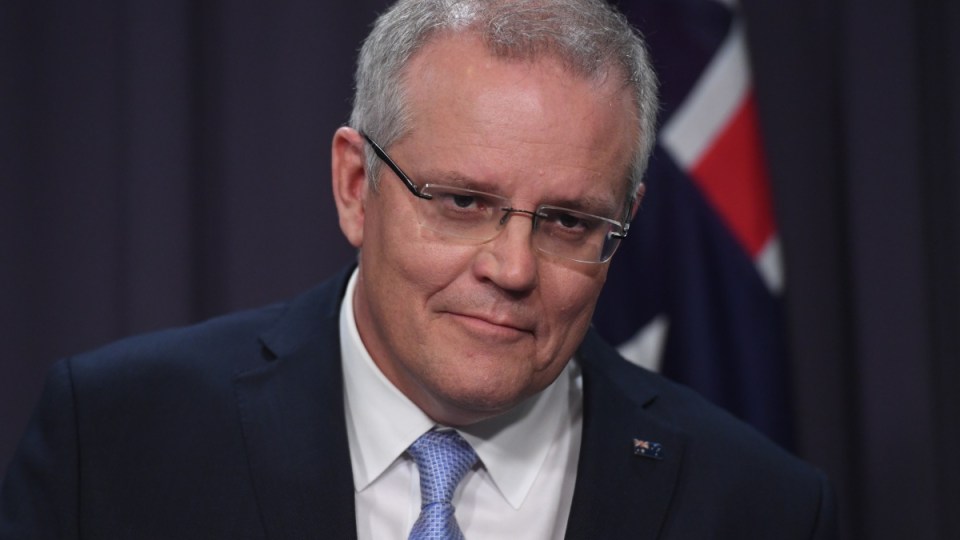 Newly-elected Liberal leader Scott Morrison has pledged to unify his “bruised and battered” party and make the drought his No.1 priority.

In a bold opening speech as prime minister-elect, Mr Morrison got on the front foot as his party’s new leader on Friday, outlining his policy priorities and values before addressing the bitter division in the Liberal Party.

“There has been a lot of talk this week about whose side people are on in this building,” he said on Friday afternoon, standing next to his deputy leader Josh Frydenberg – whom he also announced as his new treasurer.

He said drought mitigation was the most “urgent and pressing need right now”.

“I will be meeting with Major-General Day as soon as possible to review our drought response plans, and working with him and the Nationals and our regional and rural Liberal members to ensure that we do what is necessary to help our regional communities, our farmers, and all those affected,” he said.

He did not spell out his position on the National Energy Guarantee – the policy that brought down Mr Turnbull’s prime ministership – making only general comments on energy.

“We will put the big stick to ensure that the big energy companies do the right thing by you, the customers. And we will [make sure] that we are backing investment in a new energy generation capacity.”

However, Mr Morrison did pledge continued support for the National Disability Insurance Scheme.

“He has served his country in a noble and professional way. Josh and I have watched and worked with him as he has led our cabinets,” he said.

He is a great Australian who has contributed a great deal to this country and our party and our nation will be very grateful for his contribution.”

He described Mr Turnbull’s deputy, Julie Bishop, as a “rock star for the Liberal Party, as a foreign minister, and for Twitter and Facebook”.

“And we thank her for her service, and I will be talking to her, obviously, about what role she would like to play in the government we will now seek to put together,” he said.

Mr Morrison also thanked his main challenger for the leadership, Peter Dutton, and said there was a role for him in his new Cabinet “if he so chooses”.

Scott Morrison tells Australians: ‘We are on your side’