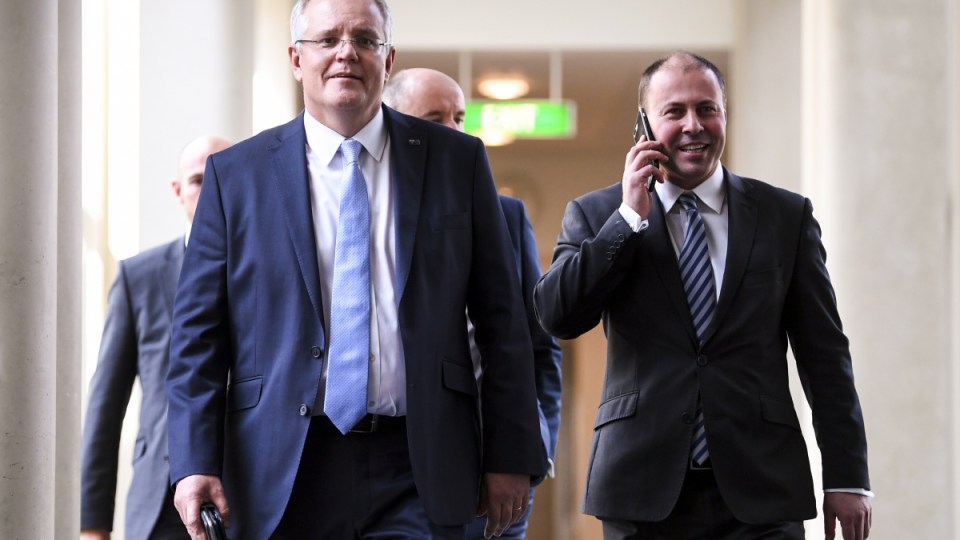 At 1pm (AEST) on Friday, Australians learned that Scott Morrison would be their new Prime Minister – the country’s eighth since 2007.

This is how Mr Morrison’s parliamentary colleagues saw his elevation to the top job at the expense of former leader Malcolm Turnbull (along with reactions from further afield).

Congratulations to PM Scott Morrison and Deputy Leader @JoshFrydenberg. All the best to @TurnbullMalcolm, his outgoing team, his family and Deputy Leader @JulieBishopMP. Time to unite behind the new team for the good of the people we all serve. #auspol

“It was tough, I made a judgment that it was necessary.

“It’s not something that gave me any pleasure, whatsoever. I genuinely and sincerely enjoyed working with Malcolm. I had a very good working relationship with Malcolm.”

“As far as I’m concerned, we’ve broken the cycle. You’ve got two leaders who have come in that have clean hands – they have been loyal, and so I say it’s a great day for us.”

“An interesting day but at the end we have a new Prime Minister, Scott Morrison. He is my neighbour, and [in] the neighbouring seat of the Sutherland shire, and I think he will do a fantastic job and I’m looking forward to working with him.”

“Sometimes former prime ministers should take the model that John Howard sensibly has, and that’s to show great discretion about when you get involved in contemporary issues.”

“It doesn’t matter who I would like to see [as prime minister]. The reality is Mr Morrison has been elected as leader of the Liberal Party and, therefore, Prime Minister of Australia, and I will be doing all I can to make sure that – under his leadership – we succeed at the next election.”

“I’m a Malcolm Turnbull supporter. I truly believe you must back your leader. I did that with Tony Abbott and I told Malcolm Turnbull from day one ‘I didn’t vote for you but you have my support 100 per cent.

“Scott will get my support now.”

“Two incredible people and two incredible friends have been elected as prime minister and deputy leader of the Liberal Party.

“I think what we have now is a new generation, a next generation of leadership. Two incredible people of extraordinary integrity and capability. They will give Australia a real change at success.”

“I am thrilled that we have seen a Scott Morrison-Josh Frydenberg decision today. If this week and its dysfunction was about handing the keys to The Lodge to Bill Shorten, the decision today was about making sure that doesn’t happen.

“This is the right team to make sure the Coalition stays in power next year.”

“For all our verbal conflict, for all the fierce words we’ve exchanged, I hope Malcolm knows that I have always respected him as a formidable opponent, as an advocate of great intellect and eloquence and as someone who came to parliament, relatively late in life, because he was driven by the desire to serve.

“Australian politics will always need people like that, on all sides.”

Within seconds of result a message from Dutton camp – “it is not over, fight continues, fuck Scott” #auspol #libspill

“I congratulated him on his role. Obviously I don’t need to help him familiarise himself with New Zealand; he has been active in promoting New Zealand to the world. And he acknowledged his warmth for this country. I look forward to building a really strong relationship with him.”

For the nation’s good, I’d urge Liberal Party to adopt a rule change to prevent rolling political chaos. Our 2013 rule change (requiring 50% vote of MPs, 50% of ALL party members) means you can’t just launch a coup at the drop of a hat. It’s helped give Labor 5 years of stability

“We have lost the prime minister – there is a government to save. That’s what all of us will do our best to do now, to say the government.”

ScoMo PM: The reactions pour in from far and wide