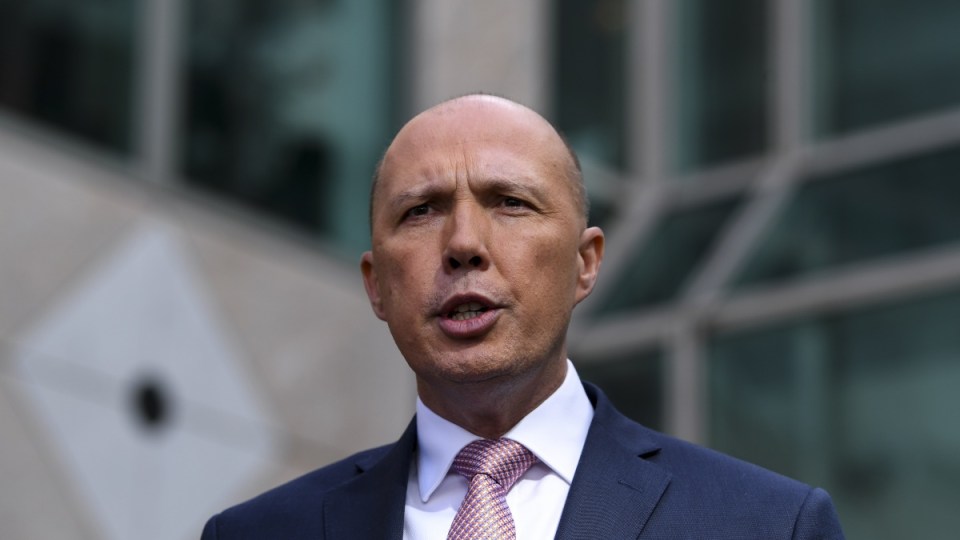 The leadership spill has Peter Dutton in the box seat to become Liberal leader. Photo: AAP

Here are the voices of those closest to the leadership contest, without the commentary.

I made the decision not because I had any animosity towards Malcolm Turnbull, I made a decision to contest this ballot because … Bill Shorten would be a disastrous prime minister for this country and I believe I had the best prospect of leading the Liberal Party to success at the next election.

– Peter Dutton on why he challenged Malcolm Turnbull for the leadership of the Liberal Party.

This chaos can only be resolved with an election … We are united, we are ready to govern.

– Deputy Leader of the Opposition Tanya Plibersek supports Bill Shorten’s motion of no confidence during question time on Tuesday afternoon.

Not one of the speakers has defended Malcolm Turnbull’s prime ministership … They seek to define themselves by what they are against, not by what they are for. That is why they have nothing less than a crisis of identity.

I think there is a hankering in the community at large, and perhaps in the party, for the prime minister … to act in a clear-cut manner and allow this issue, the boil, if you like, to be lanced.

– Liberal Party president Nick Greiner said he believed Peter Dutton’s move was “sensible” and that there should not be a “mass punishment attempt”.

He told the ABC that “if we [the Liberal Party] continue to focus on ourselves we’re very unlikely to win” the next election.

The strong sense this morning is we have made the decision. We need to put it behind us. Australians don’t like navel gazing. We need to be focusing on everyone outside this building.

– Liberal MP Trent Zimmerman said the focus of the government needed to switch to policy.

I hope not … It is now time for stability.

– Liberal MP Craig Kelly told ABC radio he hoped the leadership battles were over. He also said he didn’t count himself as one of Tony Abbott’s allies, saying “we are all individuals”.

I have seen leadership contests before. This was an overwhelming vote of support for the Prime Minister.

I don’t bear any grudge against Peter Dutton for having stood up and challenge me today … It is really important that we put these differences behind us.

I don’t know how he can pretend he’s running the country when every backbencher has as much power as he does … the Prime Minister has no authority, no power, and no policies.

The Australian people expect the circus to end now. They want us to back the prime minister. We’ve got to get on with the job of delivering for all Australians.

Turnbull and Abbott should resign.

– The Guardian reported that Luke Howarth MP was overheard by a number of MPs speaking to chief whip Nola Marino.

– An anonymous backbencher’s reaction to the suggestion of an early election, speaking to Sky News.

Leadership spill: The most interesting reactions to Dutton’s tilt