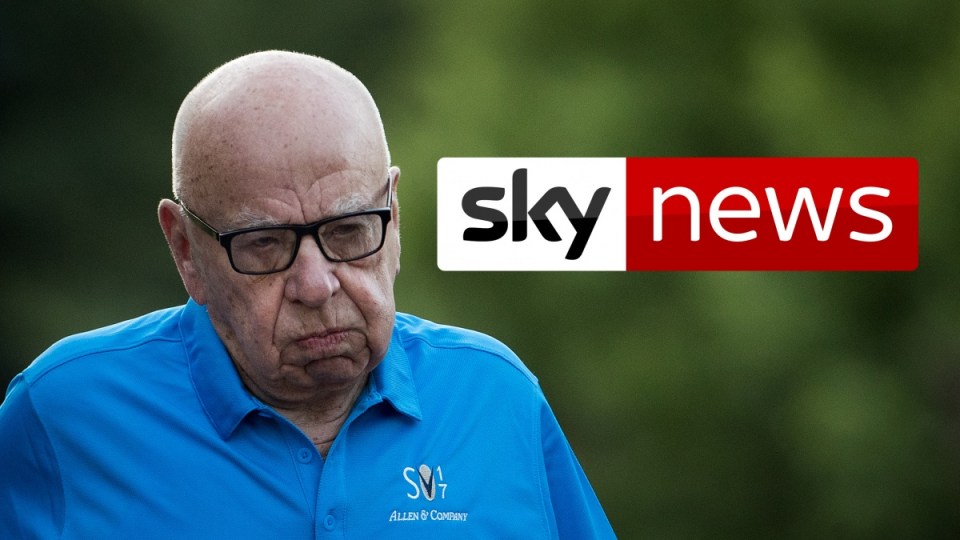 At the end of a long working day it is bad enough to have to deal with trains that are often late and/or overcrowded without having to endure the tiresome offerings of a Peta Credlin or Andrew Bolt that might bob up in their news bulletins.

This week I forced myself to watch the channel from 6pm to 10pm one night – or, at least, fair chunks of it – to see what all the fuss was about.

This is the period where the station undergoes a metamorphosis that equals anything concocted by Robert Louis Stevenson.

At the stroke of six it transforms itself from a reliable and informative channel traversing a broad landscape of news and current affairs into a loony right-wing think-tank that’s not all that clear in its thinking.

To be fair, I didn’t encounter any of the “hatred” or “racism” that Minister Jacinta Allen cited in justifying her Sky News ban. There was enough of that in Sunday’s inexcusable appearance on the channel by far-right nationalist and Hitler sympathiser Blair Cottrell.

But there was definitely tedium – industrial-strength, mind-numbing, and ultimately overwhelming.

By about 9.15 I just couldn’t listen to one more “conservative” banging on about immigration levels, energy pricing, Emma Husar, or that dodgy grant to the Great Barrier Reef Foundation.

Liberal apparatchik Credlin, News Corp columnist Bolt and Sydney shock jock Paul Murray returned to these same subjects over and over with the sort of warmth and appeal you usually find in immigration queues at airports.

If, God forbid, I was ever seated next to them at a dinner party I’d be feigning illness after the soup.

Each of them shared an almost palpable disdain for Prime Minister Malcolm Turnbull. (If I was him I’d ask for the return of the $30 million he gave Foxtel in the form of another dodgy grant last year.) It was as if Tony Abbott was on their shoulder throughout.

At one point Bolt apologised for having to use ABC grabs of the Prime Minister, lamenting the fact that “Malcolm Turnbull has boycotted this program for three years now”.

Who says the PM lacks judgement?

The only change of pace was the hour between 8pm and 9pm, hosted by Graham Richardson, a former long-time Labor MP who seems to grow more conservative by the day.

“Richo” broke ranks by talking about West Coast Eagles player Andrew Gaff and how he’d been lucky to escape police sanction for his hit on Andrew Brayshaw. Finally, I thought, we’re venturing out into the real world.

But the change of pace ended right there. Ten minutes into his slot he produced his very special guest … Tony Abbott. Truly.

And, sure enough, the former PM was questioned at length about, you guessed it, energy policy, immigration and that dodgy grant to the Great Barrier Reef foundation.

By the time Paul Murray appeared at 9pm promising “the most fired-up show on TV” – whatever that means – I was ready for counselling. I switched off.

It’s pretty clear what’s going on at the channel. Someone, almost certainly a Murdoch, (I’m guessing Rupert, but it could be Lachlan) has instructed station management to “Fox News” the offering so it’s more in line with its US stablemate. Murdoch acquired Sky News outright about 18 months ago.

The right-wing rantings of Fox News make Murdoch hundreds of millions of dollars in the US and further his political agenda. It probably explains why he and Donald Trump, the network’s No.1 fan, are said to talk every day.

But here Sky News is struggling for traction. I’d like to think that speaks to the good sense of the Australian people and their well-developed BS meters.

They’ve figured out that Sky After Dark (SAD) is the product of a bait and switch strategy that should be rejected.

Or to quote Jon Stewart, former host of America’s Daily Show, when asked about Fox News: “[It’s] a biased organisation, relentlessly promoting an ideological agenda under the rubric of being a news organisation.”

That and its fondness for Nazis are enough reasons to boycott Sky, at least after 6pm.

But if you need any more convincing, here’s another reason to give the station a miss: It’s boring.

I can forgive TV a lot of things, but never that.

Sky News: Here’s another reason not to watch