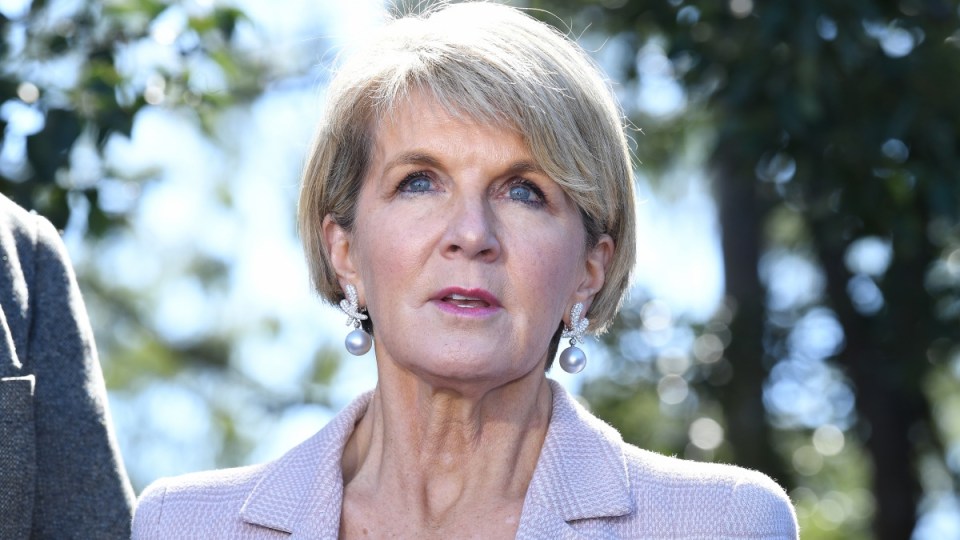 The Liberal Party could have had its first female leader in Julie Bishop, but her colleagues nixed that idea. Photo: AAP

Foreign minister Julie Bishop has used a rare encounter with her North Korean counterpart to discuss the dozens of Australian soldiers still missing after the Korean War.

Ms Bishop met Ri Yong-ho on the sidelines of an ASEAN regional forum in Singapore at the weekend. The meeting is virtually the only international summit attended by the North Korean official.

Ms Bishop raised the issue of 43 Australian soldiers still missing in action after the Korean conflict in the early 1950s. She is confident he heeded her concerns.

“I noted the Americans had received the remains of some of their soldiers after the meeting between President [Donald] Trump and Kim Jong-un and I asked the Australians also be able to access the sites,” Ms Bishop told Sky News.

“We offered forensic and expert assistance so that we can recover those Australian remains of soldiers after the Korean War, and he took that on board.”

“I took the opportunity to talk to him about the leaders’ meeting and North Korea’s commitment to denuclearisation,” she said. “He was noncommittal.”

Australia is insistent that strict sanctions imposed on Pyongyang remain in force.

“Until we see concrete steps that they are genuine to prove that they will dismantle, then the economic and political and diplomatic pressure on North Korea must remain.”