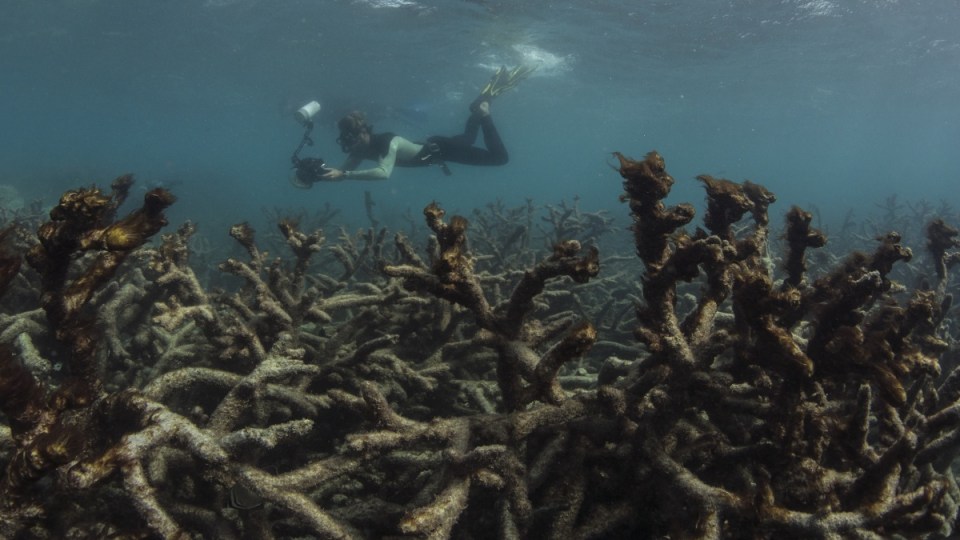 Prime Minister Malcolm Turnbull insists the government’s nearly half-a-billion-dollar donation to a private foundation with links to big resources companies has been done transparently, despite the body itself not asking for the money.

In April the Government announced it would give the Great Barrier Reef Foundation $444 million to fund projects to improve the health of the reef.

The foundation had only six staff when it was told it was getting the huge grant, which managing director Anna Marsden told Radio National was an “absolute surprise”.

The $444 million donation is the largest government donation to a private foundation in Australian history, and federal Labor is demanding an explanation of why no tenders were called.

Mr Turnbull defended the decision today, calling it the “single biggest contribution and investment in the health of the Great Barrier Reef ever”.

“The Great Barrier Reef Foundation is an outstanding organisation, this has been done completely transparently,” Mr Turnbull said.

“This is a wonderful investment in ensuring that we maintain the health of the Great Barrier Reef,” he said.

But federal Labor called the money a “cash splash” that was done without “process, probity or foundation”.

Environment spokesman Tony Burke has demanded to know why the money did not go to government agencies like the CSIRO, the Environment Department or the Great Barrier Reef Marine Park Authority.

Labor senator Kim Carr said the government’s grant agreement with the foundation — published on Friday — indicated “the whole process was unnecessarily rushed from the very beginning”.

“Our established research institutions, such as the Australian Institute for Marine Science (AIMS) and CSIRO, have already been heavily engaged in work to understand the causes of reef damage and find ways to mitigate it,” Senator Carr told the ABC.

“But this agreement fails to guarantee AIMS and CSIRO a role.

“Malcolm Turnbull has very serious questions to answer about this unorthodox use of public money.”

A Senate committee is investigating the donation.

It heard this week that no public servants were in the meeting between the Prime Minister and the foundation’s chairman John Schubert where the decision to donate the money was discussed.

Federal Treasurer Scott Morrison said the decision was approved by the government’s Expenditure Review Committee and other senior ministers.

“It was approved by Cabinet along with every other expenditure commitment that was contained in this year’s budget, it was done in the normal process,” Mr Morrison said.

But Greens Senator Peter Whish-Wilson has called the decision an alarming “captain’s call”.

“We’ve never heard of a process where the recipient of half-a-billion dollars of taxpayers’ money gets it from the Prime Minister in a secret meeting without ever having asked for it in the first place,” Senator Whish-Wilson said.

Ms Marsden acknowledged the sudden cash injection was a shock.

“Of course we have got to do some scaling up,” she said.

She said the process of deciding to give the money to the foundation was a question for the government, but denied it was a bad use of public funds.

“We absolutely recognise this is a large amount of public funds that has been trusted through us to be leveraged, but also to go where it counts,” she said.

“If we fall short on accountability, transparency, we will step up.”

The foundation is supported by companies including BHP, Shell and Qantas as well as coal mining companies Rio Tinto and Peabody Energy.

Ms Marsden said the foundation would continue the sort of work it had been doing for the 18 years it has existed, “which is fund-raise for the reef and design projects and partnerships for the protection of the reef”.

She said “without a doubt” climate change was the biggest threat to the reef.

“We are actively promoting and communicating to these organisations, to these corporate leaders about the threats that climate change presents and getting them to come on this journey with us,” she said.