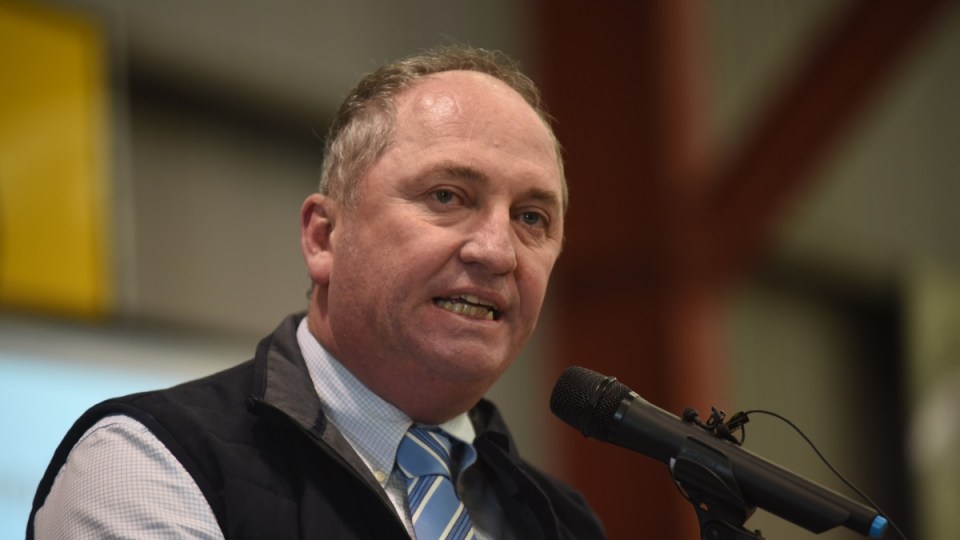 If the Turnbull government doesn’t change its ways the coalition will be voted out at the next federal election, Barnaby Joyce believes.

The former deputy prime minister says the coalition is heading over a cliff but thinks things can still turn around.

“If you don’t change, the result wont’ change, I can assure you of that,” he told Sky News on Tuesday night.

Collectively, MPs are united with a “rah-rah” attitude but separately he says they’re questioning how things are really tracking.

“I’d rather get the hate mail and get the opprobrium and jerk ourselves back into gear and win the next election than sit back in the rah-rah group and say everything’s fine, because it ain’t fine when your vote’s in the 20s,” he said.

Liberal candidate Trevor Ruthenberg walked away with a primary vote of 29 per cent in the Longman by-election on Saturday.

One Nation managed 15.9 per cent while leader Pauline Hanson was on a cruise in the Irish Sea, Mr Joyce pointed out.

If things are to change then some people need a “kick up the arse”, he said.
Policy and delivery are issues too.

“If you want to stick with your company tax cuts you’ve got to say to yourself ‘this message isn’t selling, what are we doing wrong, how are we going to get this message through?’,” he said.

He said tax cuts weren’t the main priority and while power prices are the number one issue people don’t care about emissions or climate change if their bills are increasing.

Mr Joyce is still backing Malcolm Turnbull as prime minister and said the government can turn its position around by getting out in the electorates, talking to the people about their fears, their desires and to listen with empathy.

“Then bloody well go back and fight for it when you go back (to Canberra),” he said.

Coalition out if nothing changes: Barnaby Joyce