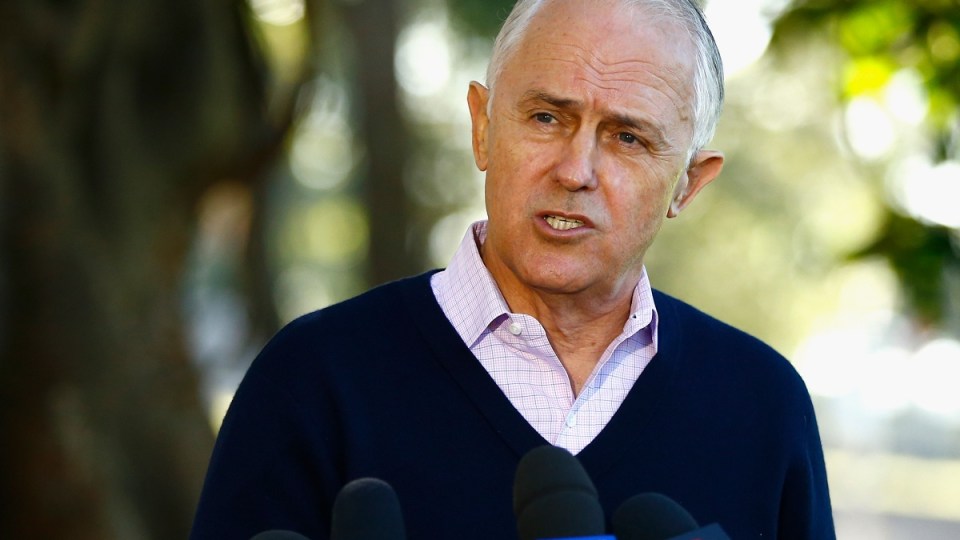 Popular radio host Alan Jones on Sunday called on the Liberal Party to dump Mr Turnbull after Labor retained all four seats it held before the resignations of multiple MPs due to the dual citizenship crisis.

“In politics, as in life, if you do today what you did yesterday, you get yesterday’s results,” Mr Jones, a prominent conservative who hosts a popular breakfast show on 2GB, said on Twitter.

“The Liberals surely can’t stomach again what happened on Saturday. Turnbull has to go.”

“How could this have gone so badly?” Mr Bolt said on his blog.

“Are the Liberals really sure that Turnbull can now lead them to victory?”

Earlier on Sunday, Mr Turnbull downplayed Labor’s showing as “nothing to crow about”, vowing to keep pushing the government’s economic plan including its contentious company tax cuts.

Labor won all four seats it contested on Saturday, providing a major boost to Bill Shorten’s leadership and trashing the government’s hopes of increasing its majority by picking up seats in the marginal electorates of Longman and Braddon.

In the Queensland seat of Longman, Labor incumbent Susan Lamb increased her previously razor-thin margin to about 4 per cent, while in Tasmania’s Braddon, Justine Keay held onto a 2 per cent lead on a two-party basis.

Labor’s performance was seen as particularly strong in Longman, where Lamb’s first-preference vote of more than 40 per cent would leave the party placed to form the next government if the result was repeated across Queensland at the upcoming federal election.

Labor also held onto the seats of Perth and Fremantle, which were not contested by the government, while the Centre Alliance’s Rebekha Sharkie retained her seat of Mayo in the face of Liberal challenger Georgina Downer.

Mr Shorten, whose leadership has received a major endorsement after recent speculation about his future, said on Sunday that voters had repudiated the Coalition’s planned tax cuts for businesses turning over more than $50 million annually.

“They want to see our schools properly funded. They don’t want to see corporations get a large tax cut.”

But the Prime Minister played down the results as unexceptional, pointing out that governments usually lose by-elections, and insisted the Coalition had never expected to pick up seats.

“The reality is the Labor Party has secured an average or conventional swing in a by-election to it in Longman and has not secured any swing at all in Braddon – at this stage it looks like it’ll be a line-ball result,” Mr Turnbull told reporters in Sydney.

“There’s not a lot to celebrate in the Labor Party. There’s certainly nothing to crow about.”

The elephant in the room: company tax cuts

While pledging to “humbly” consider the result, Mr Turnbull indicated the government would not deviate from its economic agenda.

“I can assure you we will remain committed to the strong national economic plan that is delivering strong job growth and investment,” he said.

While staying mum on whether he would bring the tax cuts to the next federal election, Mr Turnbull confirmed that the Coalition would attempt to secure their passage during the spring session of parliament.

“We are committed to ensuring that Australia has a competitive company tax rate,” he said.

Earlier on the ABC’s Insiders program, Minister for Defence Industry Christopher Pyne reiterated his support for the tax cuts, which the government failed to pass through the Senate during the last parliamentary session.

“It’s the right policy for the country and the economy,” he said.

While conceding it was a “lot easier” to sell tax cuts for smaller businesses, Mr Pyne said that “fundamentally, even the Labor Party has said, from Paul Keating to Bill Shorten, that if you reduce company taxes, you create jobs, growth, investment and higher wages, and that is true.”

Meanwhile, the electorates of Perth and Fremantle were on Sunday on course to record the lowest voter turnouts since the introduction of compulsory voting almost a century ago.