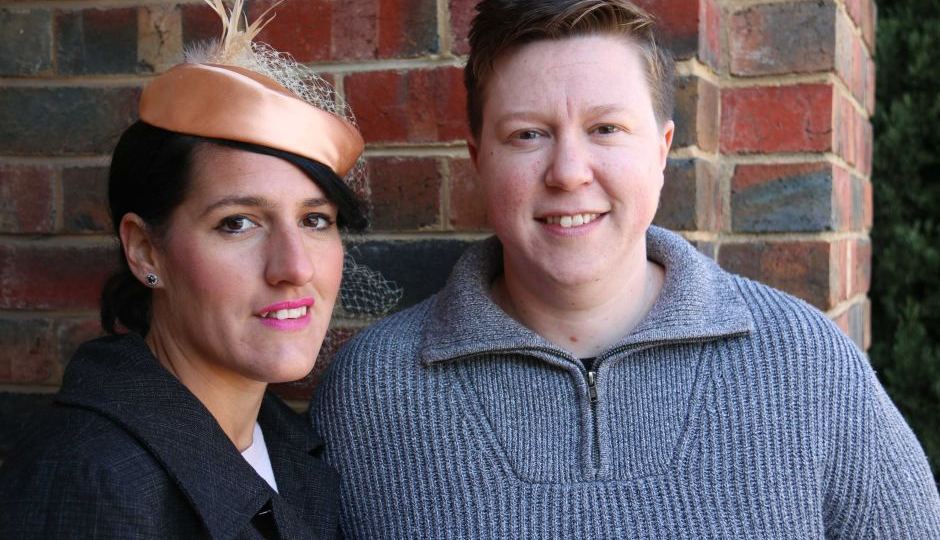 Parishioners Kitty and Josie say they will renew their vows at the church. Photo: ABC News

Ministers of the Uniting Church in Australia will soon have the freedom to conduct same-sex marriage ceremonies.

In its first meeting since the country’s same-sex marriage survey, the church’s national assembly agreed to give individual ministers the right to decide whether to marry same-sex couples.

Uniting Church president Deidre Palmer said it was important the religious convictions of ministers were respected and protected.

“We accept the diversity in our midst and we are allowing our members the freedom to decide on whether they conduct same-sex marriages or not,” Dr Palmer said.

“No minister will have to conduct same-sex marriages if it conflicts with their beliefs.”

The 265-member assembly approved two separate definitions of marriage, which it said will be “equal yet distinct”.

Dr Palmer said debate over the issue had existed within the church for decades and said she hoped the decision would encourage more diversity among the church’s congregation.

“We already have many LGBTIQ members in the Uniting Church,” Dr Palmer said.

“We hope that this will be an opportunity for them to feel more embraced and welcomed by our church.”

The Uniting Church said there were strongly-held opposing views expressed by ministers during the assembly, but it has barred individual ministers from speaking with the media.

The decision was discussed at a Sunday morning service at the St Andrews Alphington Fairfield Uniting Church.

“It was a compromise, not going far enough for many, and going beyond the pale for others,” the Reverend Alexandra Sangster said during the sermon.

“At points during the debates it seemed impossible. But the decision of the assembly has opened the final official door.”

There was a round of applause as Ms Sangster announced the decision.

Parishioners Kitty and Josie married in New Zealand two years ago and plan to renew their vows.

“It’s nice that Australia is gradually catching up,” Josie said.

“We will absolutely be renewing our vows in our congregation.”

Parishioners Jo and Lucy said they were happy with the decision.

“I’m overjoyed that everyone can belong and feel safe and welcomed in our church,” Lucy said.

Jo said it was a great step forward.

“For me it seems like an obvious thing. All institutions are catching up to where society is at,” he said.

“I still think there’s a long way to go.”

“I think personally, the right decision has been made. We don’t want to force our view on other ministers and other congregations,” Mr Wardlaw said.

“We have to respect that there are different views of different people within the Uniting Church.”

A committee of Uniting Church members will now create a new liturgy to be used by ministers during same-sex ceremonies.

It is expected same-sex couples will be able to get married before the end of the year.