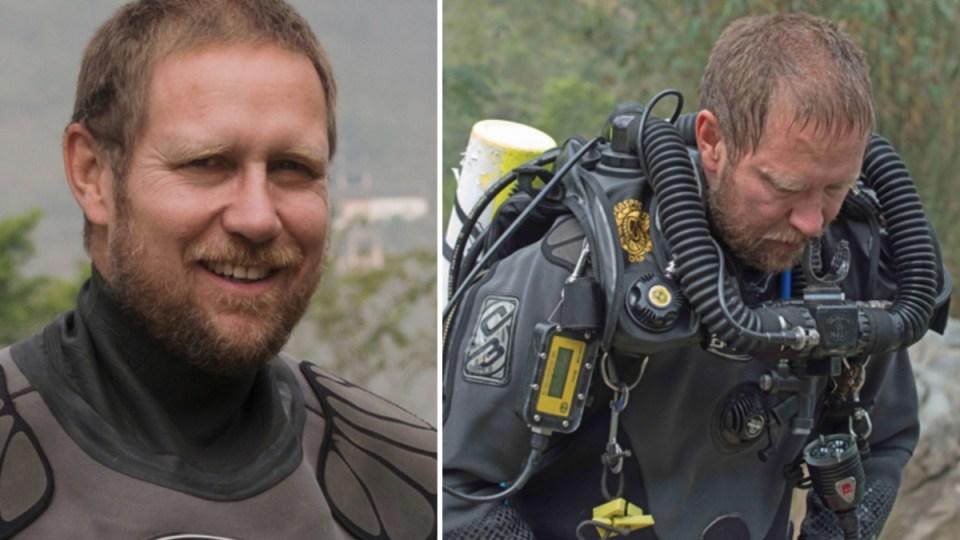 Tens of thousands of people have joined the call for Australia’s highest civilian bravery award to be bestowed on the two Australians who played a crucial role in the rescue of a Thai youth soccer team from a submerged cave.

“Essentially a civilian version of the military Victoria Cross, the CV has only been awarded five times since inception, in 1975,” petition organiser Matthew Irvine said.

“I respectfully request that (Julie) Bishop, in her capacity as foreign minister, nominate Dr Harris and Mr Challen for this highest of honours.”

By Friday the petition had attracted more than 35,000 signatures.

Dr Harris was considered essential to the rescue efforts in Thailand because of his unique skills as a medical retrieval expert and his 30 years cave-diving experience.

His efforts to help bring the 12 boys and their coach to safety was marked by personal tragedy, with his father passing away just hours after the mission was successfully completed.

Along with his dive buddy, Dr Harris said the operation was “almost beyond our imagination”.

“We are humbled to have been able to provide our expertise and experience to assist in this international operation led by the Thai government,” they said in a statement.

Calls for bravery awards for the pair have also drawn support from Opposition Leader Bill Shorten who congratulated all those involved in the “miracle” rescue.

“I’ve seen rescues in the past but this one seemed so complex and so difficult and so harrowing,” he told reporters in Adelaide.

Boys were only meant to be in cave for an hour

The call for bravery awards comes as the father of one of the boys trapped in the cave complex revealed the team was only supposed to be gone for about an hour.

All 12 of the boys and their 25-year-old coach were brought to safety over the course of a three-day rescue, organised by Thai navy SEALs and an international team of diving and caving experts, that ended on Tuesday.

They had gone into the Tham Luang cave in the northern province of Chiang Rai on June 23, for a quick excursion after soccer practice, when a rainy season downpour flooded the tunnels.

“He told me that as soon as they finished practice they went to play at the cave. They thought they’d only be an hour,” Banpot Korncam, father of the 13-year-old captain of the Wild Boars team, told media.

“While they were inside the cave it rained, water flowed in and everyone took off,” Banpot said.

Two British divers found the boys on July 2, squatting on a muddy mound in a flooded chamber several kilometres inside the complex, nine days after they went for their quick jaunt.

Then the problem became how to get them back out through the tunnels, some completely full of fast-flowing flood water.

The boys, aged 11 to 16, had to dive for part of their exit journey before they were put on green plastic toboggan-like stretchers and carried, at times through steep, rocky tunnels, with ropes strung overhead.

Many in Thailand have credited the coach, Ekkapol Chantawong or “Ek” as he is known for keeping the boys safe during the ordeal.

“They just sat quietly without doing anything because it was dark,” said Banpot, recounting what his son, who is still in hospital, had told him.

“When they were hungry coach Ek would use a flashlight to shine on the stalactites above,” he said.

The group survived by drinking water that dripped off the stalactites and the cave walls, rescue officials said.