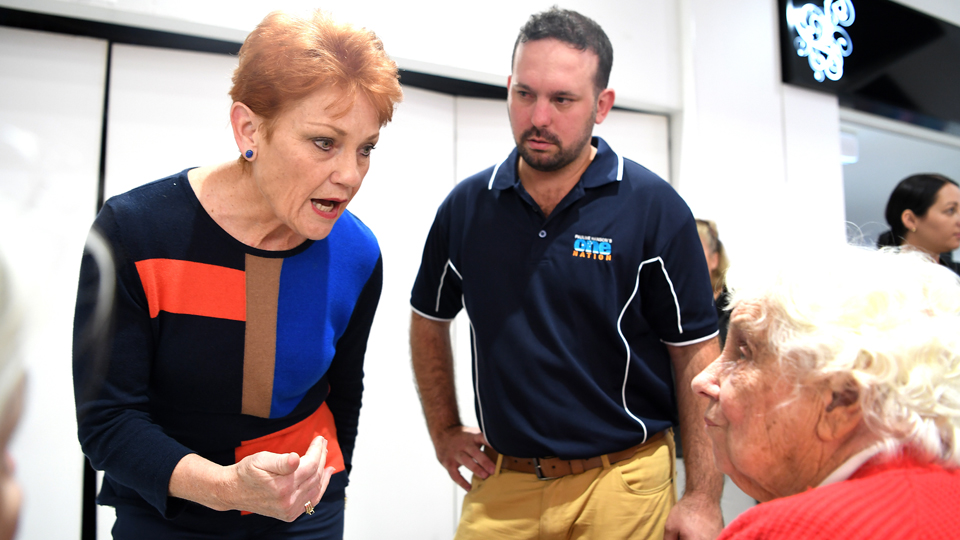 Pauline Hanson’s One Nation has followed through on its threat to punish Labor in a crucial federal byelection – with the further insult of preferencing the major party behind a white supremacist.

How-to-vote cards released on Tuesday revealed One Nation is directing supporters to put Labor’s Susan Lamb second last, at No.10, and The Greens last.

The One Nation ticket for Longman also preferences Dr Jim Saleam of the Australia First Party at No.8, two spots ahead of Labor.

Dr Saleam is a convicted criminal and former neo-Nazi who formerly led National Action, a militant white supremacist group. Dr Saleam was jailed for supplying a shotgun to two men who fired on the home of an African National Congress representative.

The Liberals have returned the favour to One Nation by preferencing its candidate above Labor, whereas the opposition will tell its supporters to rank the Liberals above Pauline Hanson’s minor party.

But both major parties recoiled at Dr Saleam, putting him last at No.11.

Curiously, it was Dr Saleam’s Australia First Party that approached Barnaby Joyce’s estranged wife, Natalie, to run as a candidate.

In May this year, Senator Hanson wrote to Bill Shorten threatening to drop Labor down the One Nation ticket if he did not put the Greens “at the bottom of all Labor how-to-vote cards”.

Mr Shorten responded by accusing Senator Hanson of “attempting to direct the preferences of Longman voters to the LNP”.

“When Queenslanders voted for you at the last election, you should have been honest with them about your true intentions,” Mr Shorten wrote.

You should have told them you would vote with Turnbull 90 per cent of the time.”

The result in the Tasmanian seat of Braddon is crucial in the so-called ‘Super Saturday’ because, of the five seats up for grabs, it is the Labor seat held by the narrowest margin (0.8 per cent).

Labor holds Braddon with a slightly-better 2.2 per cent margin, while Mayo is held by the Central Alliance with a margin of 5 per cent.

The Liberals are not contesting the safer Labor seats of Perth and Fremantle.

The slew of byelections is unusual because there has reportedly never been five simultaneous federal byelections in Australian history.

Longman was vacated by sitting Labor MP Susan Lamb because of questions over her citizenship eligibility. She is recontesting the seat, against veteran Liberal Trevor Ruthenberg.

One Nation preferences neo-Nazi over Labor in Longman