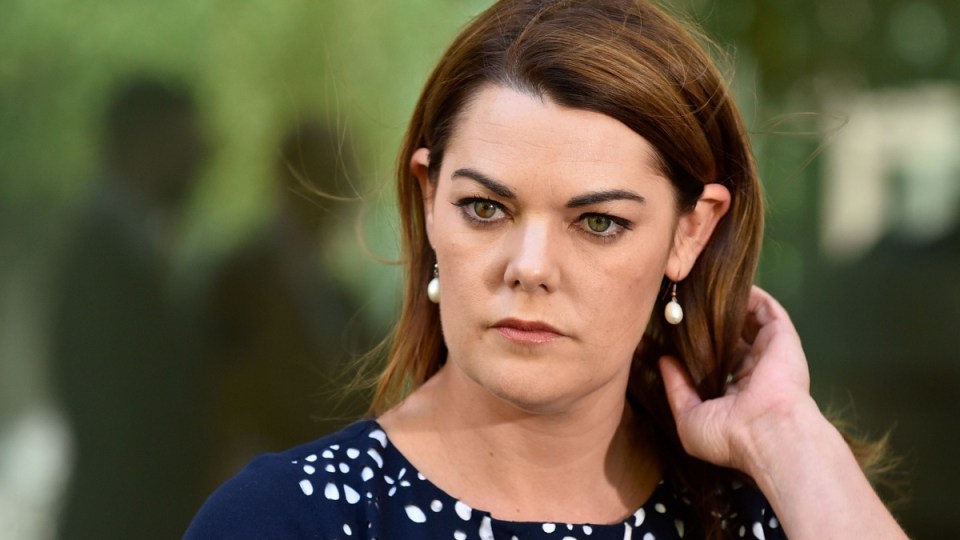 Qantas has reaffirmed its commitment to its commercial partnership with Sky News despite a petition signed by thousands of people calling for the national carrier to cut ties with the pay-TV channel.

As of 6am Monday, more than 8400 people had signed the petition launched by former News Corp journalist Shannon Molloy after the Outsiders program broadcast comments of a sexual nature made by Liberal Democrats Senator David Leyonhjelm about Greens senator Sarah Hanson-Young.

The Change.org petition called on Qantas, which has a commercial partnership with the broadcaster, to stop playing Sky News in its lounges and on its in-flight seatback screens.

On Sunday, Sky News apologised for broadcasting what it described as the “appalling” remarks. It also suspended a producer.

In an opening statement on Monday night’s episode of the show, hosts Rowan Dean and Ross Cameron reiterated that apology and said they should have handled the situation better.

Mr Dean said Sky News “in no way wishes to associate with those remarks”.

Speaking to The New Daily on Monday, a Qantas spokesperson said the airline would continue the existing deal.

“There’s no change to our arrangement with Sky,” a Qantas spokesperson told The New Daily.

“Outsiders is not one of the programs selected to be played onboard our aircraft.”

The Outsiders program on SkyNews is just hateful. @Qantas forces it on you & it's non-stop hate against a good 60% of the population. The content is set by the presenters & condoned by the CEO. Taking action against an employee who isn't responsible is completely unreasonable

Many signatories to the petition suggested ABC could be shown by the airline instead of Sky News.

“I don’t want to be exposed to misogynistic, bile-ridden commentary while I wait for my flight. I expect better from my national carrier – how about the national broadcaster (ABC) instead?” signatory Julie Posettie posted to Change.org.

RMIT Journalism program senior lecturer Dr Josie Vine said while it may seem like a “great idea” for the ABC to replace Sky News, there were other factors to consider.

She warned such an arrangement could compromise the independence of the public broadcaster.

Media analyst Peter Cox said while the channel should be careful with its output, he said he did not support the petition.

“The level of executives in Qantas lounges are quite capable of assuming for themselves as to whether they think a quote or a story is tasteless or not,” Mr Cox said.

“So I don’t really know if Qantas lounges deserve any great protection from the normal news.”

Sky News goes out to about one-third of Australian households and on average engages one million people a week. Broadcast is restricted to Foxtel subscribers.

Sky News declined to comment on the petition and the criticism it received for airing the controversial comments about Senator Hanson-Young.