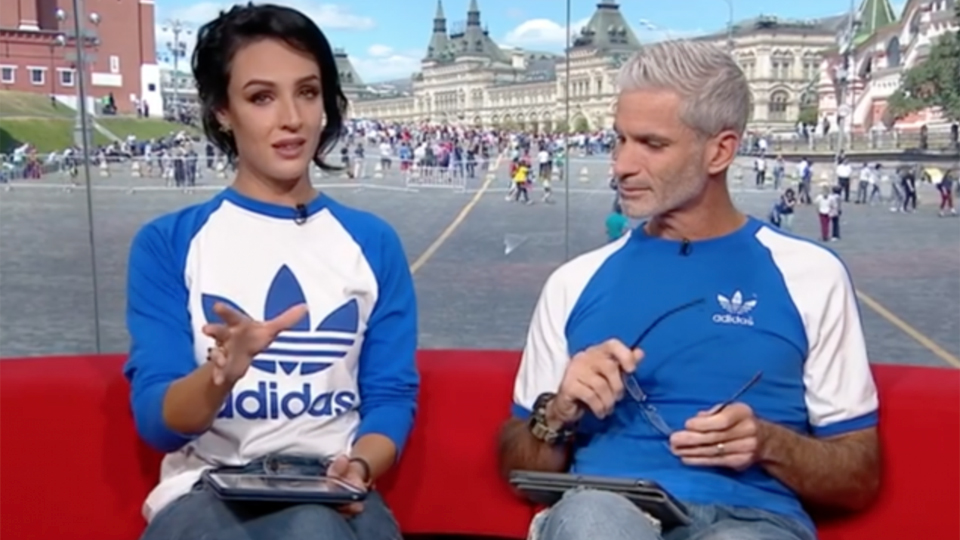 Zelic hit back at trolls in a segment on Tuesday. Photo: SBS
opinion

There’s a faux charity ad from the BBC doing the rounds on Facebook at the moment featuring comedian Tracey Ullman. It begins with the words: “Every day, millions of men around the world are enjoying things full of men. But we can make it stop. This is an appeal on behalf of feminists who ruin things men used to like.”

It goes on to mention Oceans 8, the female Dr Who and the Ghostbusters remake that was “totally riddled with wombs”. It’s hilarious, unless you are a female sports announcer on SBS trying to present the World Cup, when perhaps the satire hits a little too close to home.

The first time she did so, the abuse she copped for daring to present the glorious game found her curled up in a foetal position on her bathroom floor considering quitting her job. Now, the haters are at it again, giving Zelic hell – not for any mistakes or lack of knowledge about soccer, rather the opposite.

No, Zelic’s crime is in conscientiously and accurately pronouncing the names of players in foreign teams. On the multicultural broadcasting service, may I add.

How irritatingly female of her to be so respectful and do her homework. How downright unAustralian of her to think that getting some foreigner’s name right matters.

Well, maybe, but I don’t think the abuse is really about her ability to deftly navigate unfamiliar surnames. After all, her predecessor, the legendary Les Murray was – as co-host Craig Foster explained this week – even more punctilious about pronunciation.

No, I think Zelic’s crime is simply to be a female in a male space and, worse, a female who expects to be taken seriously in that space. Some men (settle down, I know, I know, not all men) are finding the encroachment of women into what used to be Blokes World increasingly uncomfortable. Indeed, that’s why Ullman’s dig at them is so funny.

Not being a soccer fan myself (that’s putting it mildly) I did some research (well, I asked a couple of blokes I know who are watching it) about Zelic’s commentary. They responded by saying they thought she was knowledgeable, informed and authoritative. They liked her. They even liked the trouble she took getting player’s names right. But one of them was my hairdresser, so what kind of a guide to Blokes World is he?

But women generally do take more pains over tasks than most men do. Not just because they know they will be watched more critically if they are blazing some kind of trail by being in the vanguard of women doing whatever it is they didn’t used to do – like call the World Cup, or star in buddy movies. But also because they know men are allowed to make mistakes while women aren’t. Trouble is, if Zelic is any guide, it seems they’re not allowed to get it right either.

That’s the problem with being a woman – there’s just no right way to be one. Make any mistake or failure and you are held up as an ‘Awful Warning’ about why women should never be appointed in the first place (hello, Catherine Brenner and the other ex female board members at AMP). But work hard, be conscientious, do your homework, be thoroughly prepared, experienced and accurate (hello Hillary Clinton) and people just ‘don’t like you’.

In fact, Clinton and Zelic are just the latest examples of women falling victim to the phenomenon uncovered by the famous Heidi and Howard experiment. Two groups of students at Harvard were asked to rate two job applicants on skills and likeability. The applications were actually identical except for the gendered names. Both groups sensibly rated Heidi and Howard the same for skills, but the more skilled they thought Howard was, the higher he rated on likeability. The higher they rated Heidi on skills the lower they rated her on likeability.

No wonder some blokes get so rattled about women muscling their way into previously men-only franchises, pursuits and pleasures. If such women have to be twice as good to get half a chance, their very expertise gets up our collective noses.

Lucy Zelic attacked for being too good at her job