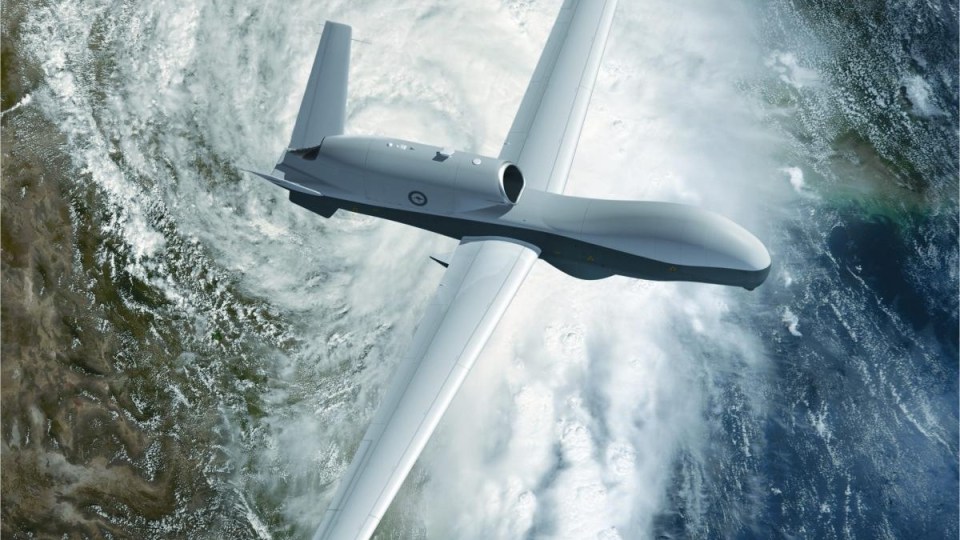 Malcolm Turnbull is expected to announce the purchase of at least six Triton drones on Tuesday. Photo: Department of Defence

The federal government will spend almost $7 billion on long-range surveillance drones for use in defence operations with the US in the Asia region.

Prime Minister Malcolm Turnbull said Tuesday the government would spend  $1.4 billion on the first of the six remotely piloted Triton drones, through a cooperative program with the US Navy.

The first of the new Triton drones will not be in operation for another five years, with all six aircraft to be in available by late 2025.

Once they are in the air, the South China Sea is expected to be a prime target for the long-range, high-tech planes.

Defence Industry Minister Christopher Pyne said they were an “amazing aircraft and will give us a tremendous capability in surveillance and reconnaissance”.

The drones are able to travel at a height of almost 5km, and for more than 11,000km a day.

The information the planes gather will be shared with Australia’s allies the United States, the United Kingdom, Canada and New Zealand.

The Tritons do not carry weapons because they are designed purely for surveillance.

“It is very important for us to know who is operating in our area and therefore be able to respond if necessary to any threats,” Defence Industry Minister Christopher Pyne said.

He said the Tritons would continue Australia’s capacity to monitor South-East Asia and the South China Sea.

“Australia insists on its right to be able to travel through the South China Sea in international waters as we have always done, whether that is with surface ships or with aircraft,” Mr Pyne said.

The information gathered by the drones will be sent back to military bases in Australia.

The total Triton program will cost $7.9 billion, including $364 million to pay for new facilities to house them at RAAF Base Edinburgh and RAFF Base Tindall and ongoing care and maintenance costs.

The Tritons will complement the manned P-8A Poseidon aircraft currently in operation.