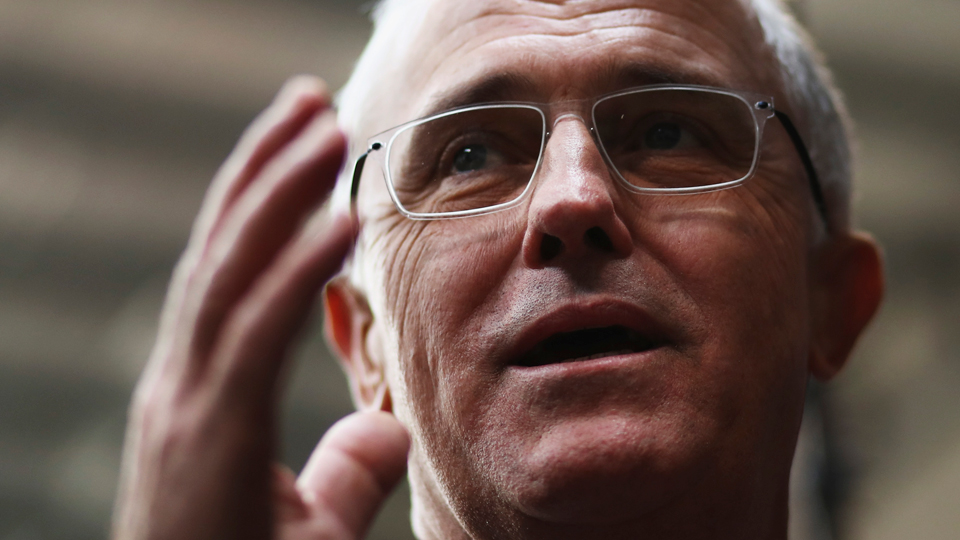 Mr Turnbull escaped attacks on his wealth at the last election. Not so this time, it seems. Photo: Getty
analysis

The truce of the last election that saw Labor leave Malcolm Turnbull’s wealth alone and the Prime Minister ignore Bill Shorten’s union past is over.

The battle for political ascendancy has become very bitter and very personal. But a clear indication that Labor’s first attack ad is hitting its mark came in the Prime Minister’s tone and response on Monday.

Both in Parliament and in a doorstop interview the angry Mr Turnbull, spewing bile at Mr Shorten for being “slimy, insinuating and personal”, was replaced with a measured appeal to Australians to recognise hard-working achievement and to applaud success.

There is no apology from Labor for it linking Mr Turnbull’s investments with his income tax and corporate tax policies. “We held fire in 2016. We won’t be doing that again. There’s plenty more to come” was the frank revelation of one key strategist.

Attack ads work when they are not ridiculously melodramatic, but rather when they confirm existing perceptions.

Mr Shorten doubled down rather than run away from the tactic. “Never get between the Prime Minister and tax cuts for millionaires,” was his retort at a doorstop.

His colleague Mark Dreyfus in question time asked Mr Turnbull how much he would benefit from his millions invested in dozens of big businesses though managed funds.

The Prime Minister avoided any specifics. He’s never denied “making a quid” and said he and his wife worked hard, took risks and paid “plenty of tax.” He also referred to giving back to the community. His philanthropy, indeed, is generous.

But that does not meet the point of the Labor ads: “Why is former banker Malcolm Turnbull so keen to give big business a tax cut instead of properly funding our schools and hospitals? Who exactly is he looking after? Malcolm Turnbull – is he just for the top end of town?”

Not surprisingly, Mr Turnbull and his ministers accused Mr Shorten and Labor of indulging in the politics of envy and class war. But new research suggests this attack will not wash with voters.

The economic think tank CEDA has released the findings of its latest Community Pulse survey of 3000 Australians. It found only 5 per cent think they have personally gained a lot from 26 years of continuous growth, while 74 per cent felt larger corporations and senior executives had gained a lot.

The result is a sure-fire sign that stagnating wage growth and insecure work is sapping the good will of ordinary people to “trickle-down economics,” the dominant theory of the past quarter century. And the one the government is still using to justify its $144 billion income tax package and its $80 billion corporate tax cuts.

The Prime Minister co-opted Labor front bencher, Anthony Albanese, to his cause. He seized on “Albo’s” Friday night speech where he urged Labor “to engage constructively with business” and that the country is best served by uniting rather than dividing people.

This, Mr Turnbull said, was “old Labor values” in contrast to Mr Shorten’s “mean-spirited negativity”. It was also, according to senior minister Christopher Pyne, a “bloodied dagger” masquerading as a speech and aimed at Mr Shorten.

Many in Labor have no doubt Mr Albanese was trailing his coat but there is anger at the brazenness of it, especially in the run up to hard-fought byelections.

If there were any doubts Mr Shorten and the party are very concerned over the results, especially in Braddon and Longman, the emergence of the attack ad should put pay to them.

Class war has Turnbull scrambling for the high ground