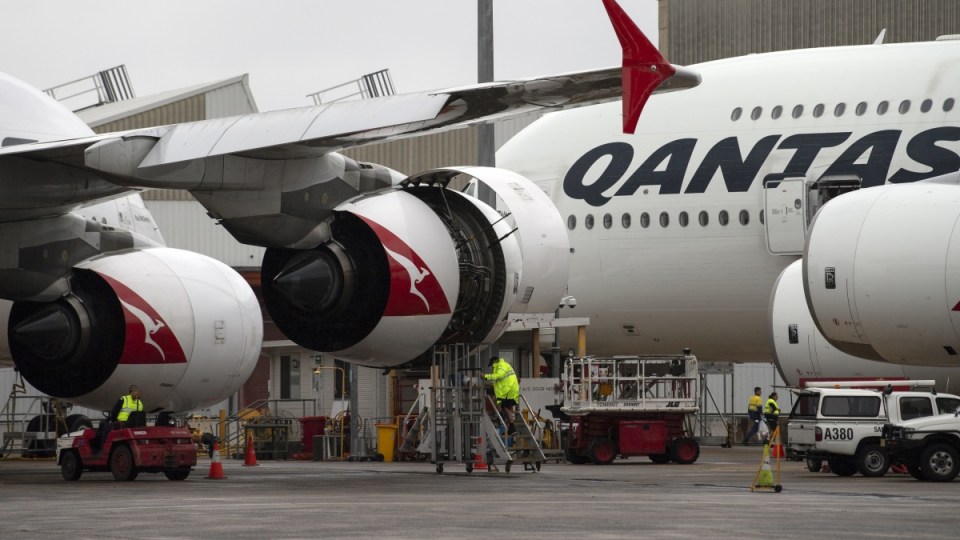 Passengers on a Qantas flight had nothing to fear after the A380 aircraft was thought to have plunged mid-air. Photo: Getty

A Qantas plane believed to have plummeted several thousand feet only ever moved its nose about three-degrees, the airline’s chief pilot has revealed.

Passengers on Qantas’ QF94 from Los Angeles to Melbourne believed they were about to die after the A380 aircraft encountered turbulence about 30,000 feet (9100 metres) above the Pacific Ocean.

“The lady sitting next to me and I screamed and held hands and just waited, but thought with absolute certainty that we were going to crash. It was terrifying,” passenger Janelle Wilson told The Australian on Thursday.

Ms Wilson believed the plane entered a “free fall” and was “nosediving”.

But this was a common misunderstanding of something which is “routine” in aviation, according to Qantas chief pilot Richard Tobiano.

There was no cause for concern, Mr Tobiano said in a statement on Friday.

The plane’s nose “pitch(ed) up slightly” – about three degrees – after the aircraft hit about 10 seconds of turbulence and was routine for aircraft that encountered turbulence, he said.

“The ‘plunge’ that a few passengers have described was actually the A380 immediately returning itself to a steady state.”

Media identity Eddie McGuire, who was on board the flight, said the aircraft only “slightly” felt like it was “going over the top of a rollercoaster”.

“It was one of those ones that got your attention … then it levelled off.”

The aircraft was flying 1000 feet (300 metres) below and 37 kilometres behind another A380 Qantas plane when it was met by “some disturbed air”, Qantas’ Mr Tobiano said.

Both planes were “well aware of each other” but “wake turbulence” can be difficult to predict and “often arrives as a sudden jolt when you’re otherwise flying smoothly”, Mr Tobiano said.

He said the captain made an announcement during the flight to “explain what happened” because he “knew how this would have felt to passengers”.

Aside from the perceived sudden plunge, the flight was “uneventful” Mr Tobiano said.

The concept of turbulence is “one of the most misunderstood elements of flying”.

It can be caused by large, dense clouds and sudden changes in the wind’s direction.

“Aircraft are engineered to deal with levels of turbulence well beyond anything you’d realistically encounter.

“Turbulence can be unexpected and uncomfortable, but provided you have your seatbelt on whenever you’re seated, it’s not something to fear.”

‘Most misunderstood’: Qantas aircraft did not ‘plunge’ mid-air