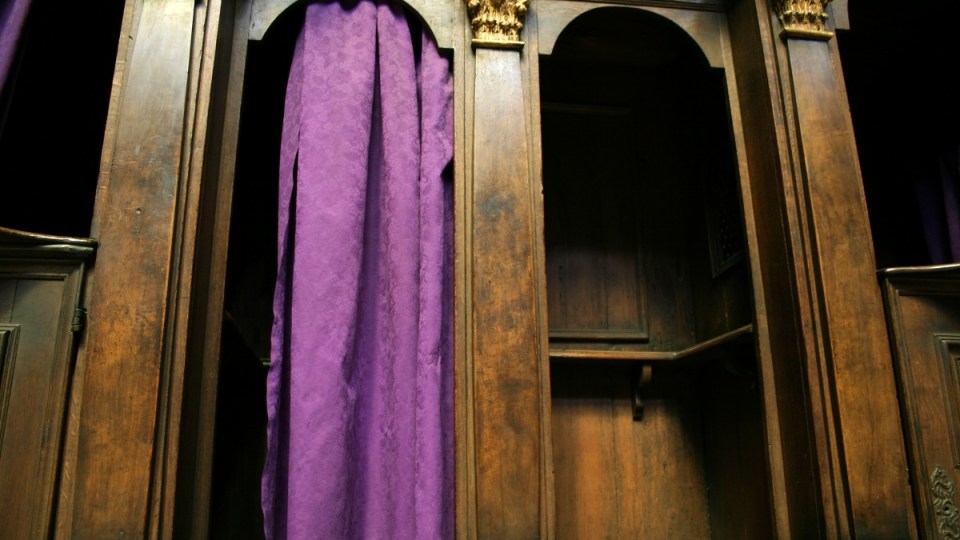 The confession box row continues, with priests saying they would rather go to jail than breach the sanctity of the confessional. Photo: Getty

A paedophile priest who admitted to child abuse on more than 1500 occasions but was just told to “pray more” should be a “prime example” for the Catholic Church to allow breaking the seal of confession, advocates have told The New Daily.

Father Michael McArdle made an affidavit in 2004 stating he had confessed 1500 times to molesting children to 30 different priests over a 25-year period.

After being forgiven 1500 times in face-to-face confessions with his fellow priests, the Queenslander was told merely to “go home and pray”.

A senior catholic figure, Archbishop Mark Coleridge, this week immediately rejected Malcolm Turnbull’s commitment to make it law across all states to break the seal of the confession to report abuse. His remarks have prompted campaigners to urge the church to “examine history” and abide to the change.

They say the example of McArdle shows the “vital need” for priests to be told by senior leaders they should report crimes to authorities.

A long-time child abuse advocate Rhonda Janetzki, who suffered abuse in a Catholic orphanage run by Sisters of Mercy nuns near Albury, says the church needs to remember this key case and “every other similar one” heard at the recent child abuse royal commission, which cost taxpayers $500 million.

“The church’s reluctance to abide by the royal commission recommendations and moves by the prime minster to implement them is an insult to survivors,” Mrs Janetzki said.

“Every single priest that listened to McArdle’s confession gave him absolution and allowed him to walk out that door and sexually abuse another child.

“What we now need is a change in attitude so this never happens again, not stonewalling.”

In an affidavit McArdle stated how he made full confessions about his crimes.

He said: “I was devastated after the assaults, every one of them.

“So distressed would I become that I would attend confessions weekly…”

After each confession, he said: “it was like a magic wand had been waved over me”.

McArdle was jailed for six years in 2004 after pleading guilty to indecently dealing with two girls and 14 boys, aged eight to 13, between January 1965 and June 1987.

He molested altar boys and girls in the confessional, presbytery, vestry and on church and school camps.

In 2004 Brian Heenan, the Catholic Bishop of Rockhampton, wrote to the Pope to have McArdle laicised − the act of removing someone from a “clerical state”.

The New Daily attempted to find McArdle for comment about his confessionals but could not contact him at time of publication.

Mrs Janetzki was joined by other leading advocates in urging the church to consider the McArdle case, including author and campaigner Chrissie Foster.

“Apart from his appalling behaviour, we need to learn from this paedophile priest’s confession,” she said.

“The confession box forgiveness gave him basically a clean slate, which allowed him to reoffend.

“If his crimes had been reported, so many children would have been saved from a lifetime of pain and suffering.”

Two of Mrs Foster’s daughters were repeatedly abused by a school Catholic priest at Oakleigh, Melbourne.

On Wednesday, Mr Turnbull announced the delivery of a national apology to institutional child abuse victims on October 22.

In a historic move he provided the government’s official response to the child abuse royal commission by accepting 104 of the inquiry’s 122 recommendations.

Turnbull called on church officials to prioritise the safety of children, even if the abuse was revealed in the confession box.

But the reluctance to break the “sacred seal” has long been expressed by senior Catholic leaders, including Denis Hart, the Archbishop of Melbourne.

Former Melbourne Catholic priest Eugene Ahern, 73, a close friend and supporter of Cardinal George Pell, told The New Daily, he felt strongly “all Catholic priests” should go to jail rather than break the sacred seal.

“It’s a monstrous attack on religious practice and belief and as a Catholic I can’t accept it,” he said.

“If I was still a priest taking confession I would go to jail rather than reveal anything said in confession and I believe all Catholic clergy should fight it.”

Mr Ahern, who worked in the parishes of Frankston and Mill Park and also studied in Rome with Dr Pell, said that the confessional is a “spiritual moment” and that it cannot be broken.

He said he had never heard a priest confessing to abuse, which he believes is no longer occurring.

“I  think abuse is now thankfully a thing of the past, which is something we all want,” he said.

In the final report of the Royal Commission the commissioners stated the risk remains across religious institutions that deal with children in schools, churches and recreational settings.

Priest who confessed to abuse 1500 times ‘proves need for change’