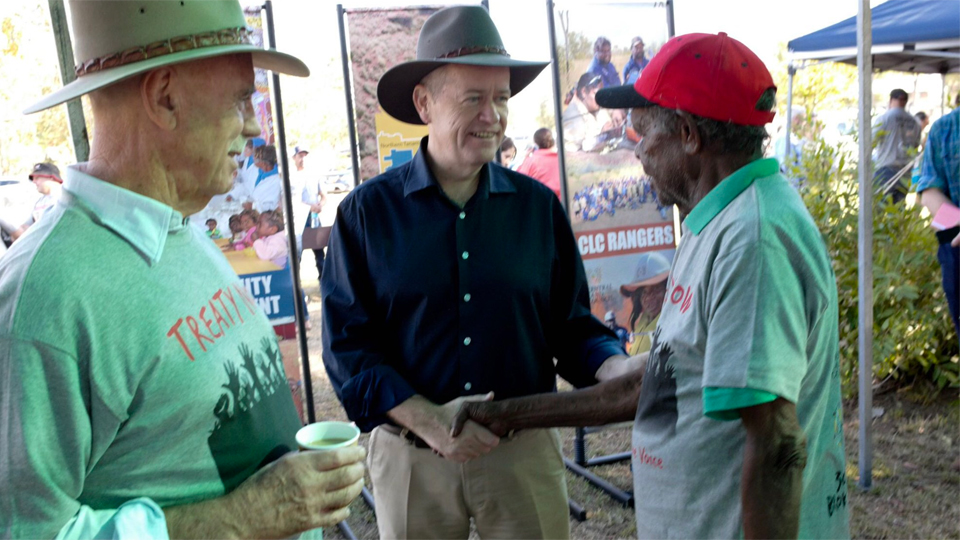 The Labor leader is backing calls to give indigenous people a voice and rejected Prime Minister Malcolm Turnbull’s characterisation that it would be a third legislative chamber.

“It’s about making sure when we make policies for First Australians, they are involved in the decisions that affect their lives,” Mr Shorten told Sky News.

“What are people really afraid of? Are we afraid somehow … talking to Aboriginal people about matters that affect them will see your backyard and Hills Hoist the subject of a land rights claim. That’s rubbish.”

He would like the advisory body to be elected, representative, regional and bottom up.

But the structure still had to be worked out.

He flagged a future Labor government would set up a truth telling commission.

Mr Shorten said all Australians should be aiming to pull themselves up by their boot straps.

“But if you don’t own a pair of boots you can’t pull yourself up by your boot straps,” he said.

Indigenous Affairs Minister Nigel Scullion said it was “irresponsible” for supporters of the indigenous voice concept to leave it open and undefined.

He said it was his personal opinion that it would be more effective to have indigenous people having direct influence and power through the office of minister for indigenous affairs.

“Whether or not you can run my job by a committee, well it hasn’t been done before,” Senator Scullion said.

“Don’t just get on the voice like it’s a life ring. It’s the only thing we’ve got, stick our head in it, start paddling, hope there’s no sharks.”

Mr Shorten has addressed the Barunga festival near Katherine in the Northern Territory this weekend.

Former prime minister Bob Hawke attended the event 30 years ago and promised a treaty in 1990 but it was never achieved.

There was 46 per cent support for enshrining an indigenous voice in the constitution and 29 per cent of those surveyed opposed the move. The rest were unsure.