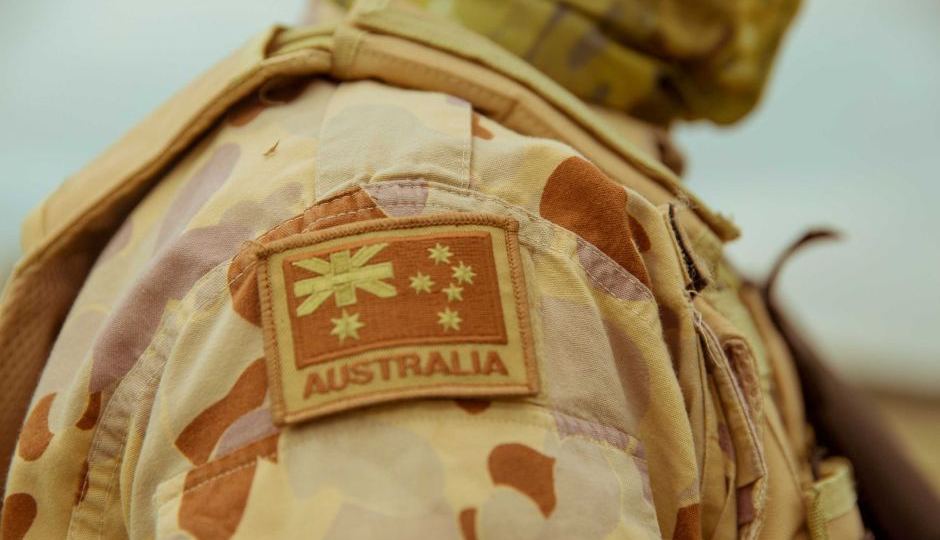 Foreign Minister Julie Bishop has hailed Australia’s special forces troops as one of the “finest fighting forces in the world” amid allegations some may have committed war crimes in Afghanistan.

Ms Bishop acknowledged on Friday that the allegations in a confidential defence inquiry report obtained by Fairfax Media needed to be investigated.

“I regard soldiers of the SAS as some of our finest,” she said.

“These are men who are prepared to put their life on the line in conflict situations to defend us and defend our freedoms.”

The explosive confidential report commissioned by Defence contains allegations members of Australia’s elite special forces may have used “unsanctioned and illegal application of violence on operations”, facilitated by weak leadership and a perceived lack of accountability.

According to Fairfax Media, the report says Defence insiders confidentially described a “disregard for human dignity” by some special forces soldiers.

It also describes concerns special forces officers pressure politicians to agree to missions that might not be in the public interest, and that the spread of former special operations personnel through Defence and other government agencies might hamstring attempts to bring our special forces to heel.

The report was commissioned in 2016 by Major General Jeff Sengelman, then head of the SAS. He was concerned about the impact of years of high-intensity deployments on Australia’s small special forces community.

Many of the elite special forces troops – predominantly commandos and SAS personnel operating under the banner of Special Operations Task Group – have deployed multiple times and saw heavy fighting.

Some of what Dr Crompvoets heard was disturbing enough to spark an inquiry under the auspices of the Inspector General of the Australian Defence Force. It is underway behind closed doors, conducted by Paul Brereton, a NSW Supreme Court Judge and Major General in the Army Reserve.

The ABC revealed last year that the inquiry was probing alleged killings by Australian soldiers of unarmed Afghans, and that some special forces veterans were disturbed by what they saw as a lack of regard for the lives of Afghan civilians by some Australian soldiers.

The Crompvoets report is the clearest official confirmation yet of the seriousness of the allegations.

According to Fairfax Media, Dr Crompvoets writes of a “troubling” and “difficult to ignore” picture of cover-ups, poor leadership and “unverifiable accounts of extremely serious breaches of accountability and trust” provided by Defence insiders.

“Some of these related to policy, process and governance failures – like loss of weapons, unacceptable WHS practices, poor audit results, injudicious and wasteful practices in resources management, less than transparent or compliant acquisition practices,” the report says.

“Even more concerning were allusions to behaviour and practices involving abuse of drugs and alcohol, domestic violence, unsanctioned and illegal application of violence on operations, disregard for human life and dignity, and the perception of a complete lack of accountability at times.”

It recounts scathing allegations that weak leadership by some special operations commanders (SOCAUST) has allowed a toxic culture to develop.

“There is a view that [some] SOCAUSTs have fallen on the SAS loyalty side of the equation and have essentially disregarded the tell-tale signs of dysfunction,” it says.

“There is also a perception that senior well-placed alumni are now in positions of power and have a lot to lose, were the true extent, nature of and pervasiveness of the issues to publically [sic] surface.”

The report quotes a special forces insider as warning of the dangers of doing nothing.

“It’ll be reputational issues that will continue to bubble away, regardless of what senior leadership say. And the people that are known to be bad are in the system and they’re getting promoted and going forward,” the insider said.

Interviewees told Dr Crompvoets the relationship between the SAS and commandos was “almost completely broken down”. One insider described the internal dynamics as “like an Indian caste system”, with the SAS at the top and “enablers” (such as logistics staff and signals staff) being “untouchables”.

“They described an organisation rift by internal tensions and rivalry … a pattern of elitist condescending behaviours towards support personnel, perceptions of senior leadership failure and cover-ups – real or imagined, and misdemeanours or more serious offences in the field, as well as a culture of drug and alcohol abuse,” the report says.

“While it is impossible in the context of this study to gain a full appreciation of such issues, or to verify accounts provided, there is no doubt that there are major issues of morale and performance involved at the least.”

There were also allegations that some in special operations command had lost sight of the fact its job is to serve the Australian government’s interests, rather than its own.

“It’s the constant pushing, pushing, pushing. Now they all say, ‘Well, we understand the operational environment and we’re seeing opportunities and rah-rah-rah’,” one “external stakeholder” said.

The same person mocked special forces’ obsession with secrecy and insistence on anonymity, saying: “Give me a break, you know? If they could come in with pixelated faces, they would.”

According to Dr Crompvoets, there was a common, underlying uneasiness from people outside special operations about the perceived lack of supervision of special forces.

“They just haven’t been subjected to the same scrutiny as the rest of the organisation,” one person said.

Another was more strident, saying: “Ex SOCOMD leaders have told me to ‘watch SOCOMD’ … it’s alarming that’s their view. You think – what the hell is going on in there?”

A third person commented: “They have a propensity to get to politicians, to abuse their access to power, and I’m sick of it.”

The report describes a lack of knowledge by “external stakeholders” about special operations command’s capabilities and role.

“Knowledge of what SOCOMD does is, on the whole, broad-brush and there are apparent and widespread gaps in the knowledge,” it says.

“Gaps in the knowledge of external stakeholders were rationalised by them as ‘not needing to know’ and an assumption that the right people had the right knowledge at the right times to make sure decisions were made accordingly.”

The Defence Force declined to answer questions about the Crompvoets Report. In a statement, it said: “The ADF conducts its operations under strict rules of engagement and promotes a culture of ethical and lawful behaviour.

“These rules and cultural norms are designed to ensure that the actions of Australian forces are ethical and consistent with Australia’s obligations under domestic and international law.

“Defence takes all allegations about Australian Forces seriously and has mechanisms in place to investigate such allegations.”