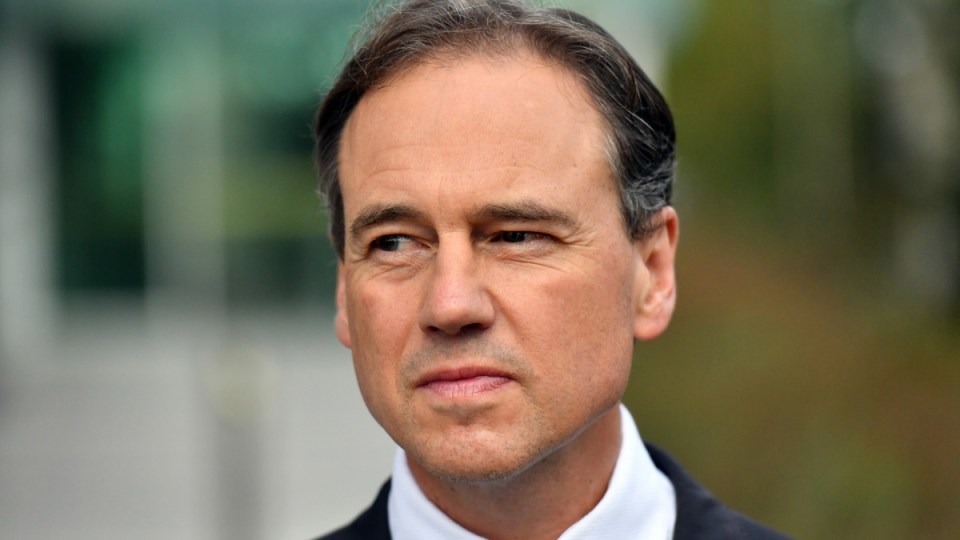 Mr Hunt has apologised and made a public statement accepting responsibility for the incident. Photo: AAP

The Mayor of Katherine has accused Health Minister Greg Hunt of misogyny, after he apologised for swearing at her during a meeting six months ago.

Mr Hunt apologised this morning for using “strong language” during a meeting last year with the mayor of the Northern Territory town, admitting it should not have taken him six months to say sorry.

Mayor Fay Miller said Mr Hunt swore and pointed his finger in her face when she was meeting with him to lobby for better resources to deal with contamination from fire-fighting foam in her region.

She called it the most unprofessional interaction she had ever had with a person at his level.

Ms Miller said she had been talking about how to get counsellors on the ground in Katherine, rather than over the phone, but Mr Hunt told her she would need to take that up with Northern Territory senator Nigel Scullion.

She said at that point, she told the Minister “when Senator Scullion comes to Katherine I don’t see him”.

“The very first mouthful was ‘you’ve got to f–––ing get over it, you’ve got to make Senator Scullion your f–––ing  best friend’,” Ms Miller told ABC radio.

“The next two sentences also contained the F-word, and then he sat back a little in his chair and said, ‘I’ve heard you’re feisty’.

“And I thought, ‘Really?’ I hadn’t said a word, not a word at this stage, because I was in such a state of shock at what he was saying.”

Ms Miller said she wrote to Mr Hunt twice asking him to explain his behaviour but only received an apology from him yesterday.

“I wrote to him in December and I actually got a letter in February that accused me of poor behaviour,” she said.

Ms Miller said she wrote back again on May 14, this time addressing the Prime Minister as well as Mr Hunt, and asking for an explanation and apology.

She said Mr Hunt did not personally apologise until yesterday.

Mr Hunt confirmed today he had said sorry to the Mayor and backed it with a public apology.

“I used strong language,” he said. “I have apologised to the Mayor of Katherine and today I want to repeat that apology publicly and sincerely and absolutely.

“It was my fault and my responsibility and I accept that.”

When asked why he was only offering an apology now, he said he should have apologised earlier.

During Question Time, Mr Hunt was asked whether he had been involved in any other instances “involving inappropriate behaviour towards stakeholders, public servants or staff”.

Mr Hunt said that one case had been raised with him regarding a “strong discussion” he had with a former Health Department secretary.

He claimed it was “a matter of life and death, literally”, because the conversation was about the progress of screenings for cervical cancer.

“I think in that situation, while it was a strong discussion, it resulted in the right outcome, the program was able to be continued and I have utmost respect for the public servant involved,” Mr Hunt told the Parliament.