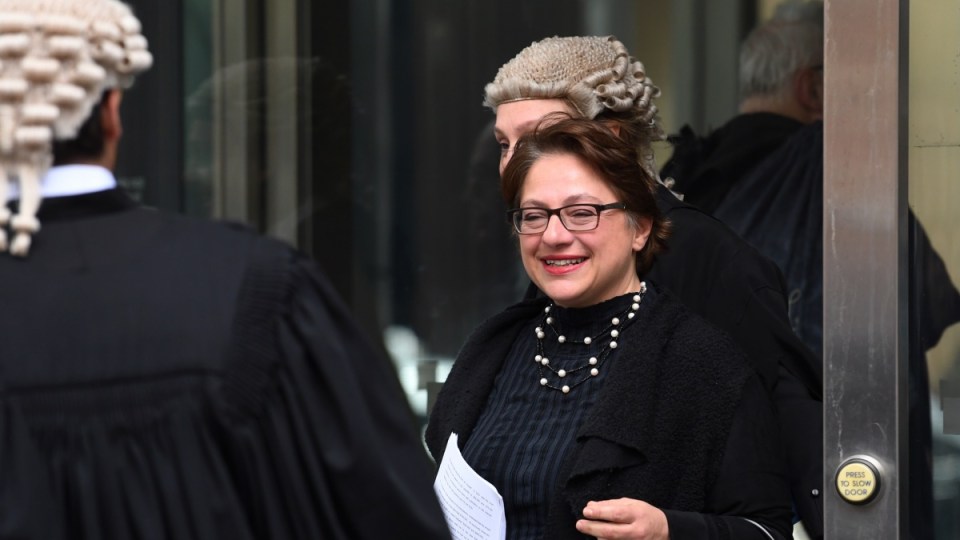 Sophie Mirabella will receive close to $300,000 from the defamation case. Photo: AAP

An article that defamed former federal MP Sophie Mirabella while she was campaigning for her old seat during the 2016 federal election is ultimately costing a weekly Victorian newspaper almost $300,000.

Victoria County Court judge Michael Macnamara last week awarded Ms Mirabella all her legal fees for her defamation lawsuit against weekly newspaper The Benalla Ensign, on top of $175,000 in damages she was awarded.

Her legal costs amount to $118,600, according to an order released on Tuesday detailing how much money the former Indi member spent on legal counsel for the preparation and duration of her six-day trial at Wangaratta.

The order also says Benalla Newspapers and former editor Libby Price must pay three per cent interest on the $175,000 awarded to Ms Mirabella to cover the time between when she launched the lawsuit and its final resolution.

The 49-year-old sued the newspaper and Ms Price after it published an article, titled Awkward Encounter, that claimed she had pushed rival politician Cathy McGowan during a photo opportunity.

The article was published on April 20, 2016 before the July 2 election in which Ms Mirabella hoped to win back the seat of Indi from Ms McGowan.

Last Thursday, the County Court in Melbourne was told the Ensign and Ms Price had made an early offer of just $5364 to settle the case, but how they came to that figure was never explained to Ms Mirabella.

Ms Mirabella’s legal team then tried to settle for $150,000 plus legal fees, but the newspaper and Ms Price never responded to the offer.

In awarding indemnity costs, Judge Macnamara rejected the offer of “$5000-odd” was reasonable.

Earlier in May, the judge awarded Ms Mirabella $175,000 in damages after a six-person jury in Wangaratta found she had been defamed by the article.

Judge Macnamara found Ms Mirabella was wrongly portrayed as carrying out the push and suffered damage to her reputation.