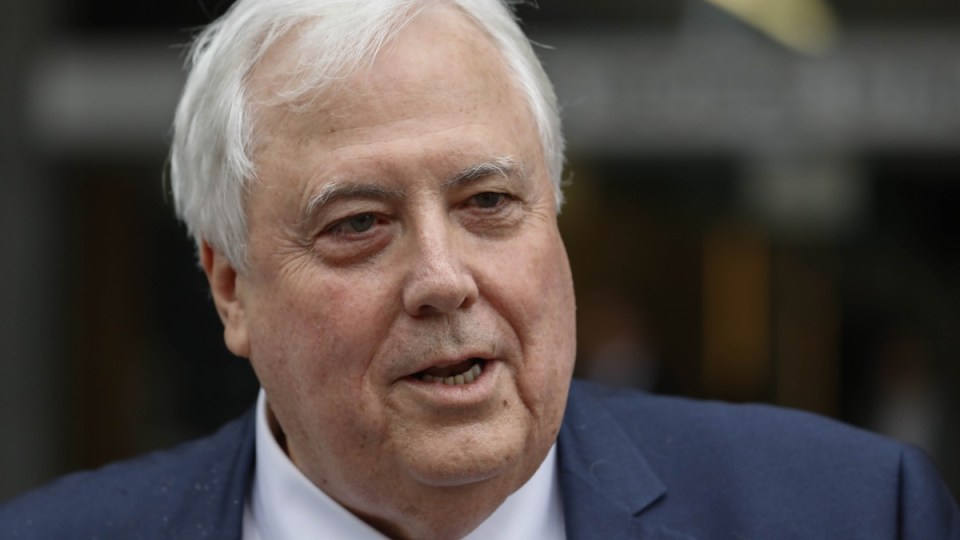 Clive Palmer says a temporary freeze on $200 million worth of assets has no impact on him. Photo: AAP

Mining magnate and former federal MP Clive Palmer insists he owes his former employees nothing in a testy interview just days after a Queensland court froze hundreds of millions of dollars worth of his assets.

Queensland Nickel liquidators launched legal action against Mr Palmer to recover a string of debts including tens of millions of dollars of unpaid entitlements to hundreds of refinery workers following its in 2016 closure.

“Well I don’t owe them any money, that’s the reality of it,” he said.

“It’s not that I can’t pay people, it’s that I don’t owe people. I earned my money hard,” Mr Palmer said.

Queensland Nickel, director and Mr Palmer’s nephew, Clive Mensink, has disappeared, with reports of him hiding out in eastern Europe.

“The second thing I would say is it’s come out in the court, but not been reported on the ABC, that the administrators of Queensland Nickel have gone on oath in the Supreme Court and confirmed that Mr Mensink offered to pay all creditors and transfer the employees,” Mr Palmer said.

“The administrator refused to do that. That’s all we can do, is offer to pay the creditors and transfer the employees.”

Mr Palmer repeatedly refused to let Ms Sales interject, telling the journalist: “if you want to continue the interview, I suggest you keep quiet.”

She’d been pressing him about his claim that an offer had been made to pay the money owed to creditors and former staff of his collapsed Queensland Nickel refinery but it was refused by the administrator.

“Mr Palmer if you’ve got nothing to hide, I’m just wondering why you can’t answer a question relating to a point that you just made,” Ms Sales continued.

On Friday the Queensland Supreme Court gave the all clear to Queensland Nickel liquidators to freeze almost $205 million of the former Fairfax MP’s personal wealth.

However, Mr Palmer has described the court action as a “political witch-hunt”, as complications in pinning responsibility for the Palmer-controlled private companies that owned and operated the refinery has been difficult.

Freezing Mr Palmer’s assets is a temporary action until the court case is finalised and does not stop him from using his assets as part of the ordinary course of business.

Mr Palmer claimed he was worth almost $3 billion, and the court imposed freeze had no bearing on him.

“Now about the freezing order applications, they have no impact me whatsoever, $200 million for me is less than seven per cent of my assets,” he said.