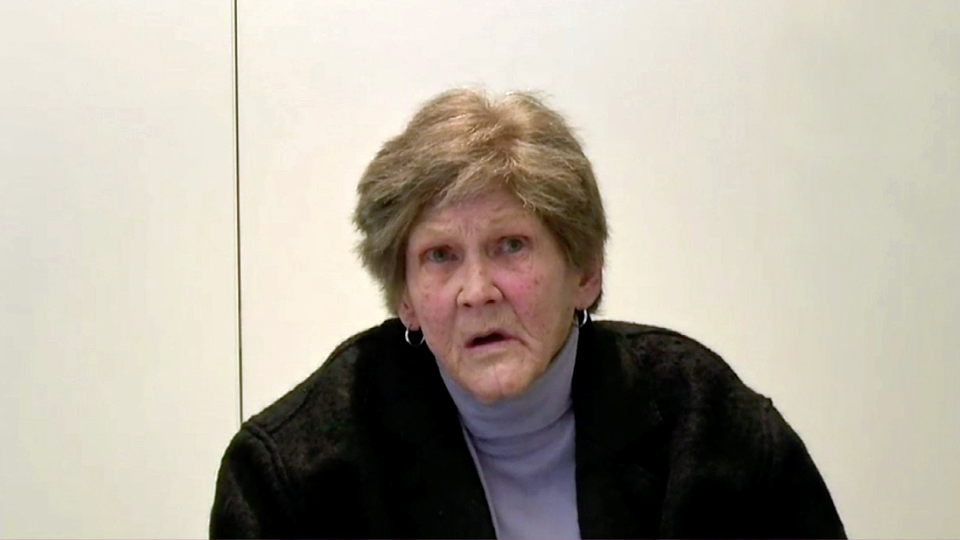 Everyone has the right to go to financial hell through bad luck and/or bad decisions – unless they can claim a banker should have kept them on the path of righteousness.

The royal commission is hearing plenty of examples of egregious bank behaviour. Given the size of the banks and the population, there are many to choose from. Yes, banks should not be bastards.

But at some point it’s also fair to ask how responsible individuals should be for their own actions.

The way the commission is heading – and the way media are playing up every terrible story – we’re going to have a new form of the Nanny State. It won’t be the government caring for us from cradle to grave, but your bank deciding whether you can or can’t cross the road.

As the commission rolls through its new phase of hearings, it’s easy to be appalled by examples of banks’ callousness and worse, especially and unforgivably when the banks change the rules as they go along.

However, the banks haven’t forced people to take out loans they subsequently couldn’t afford.

The tone of royal commission coverage at present would take us back to the dark days before deregulation when banks had a tendency to only lend money to people who didn’t need it.

If we expect banks to only finance people who are absolutely sure to be able to repay the loan in full, we would all be in trouble.

The economy and society need people to take risks, to back themselves in ventures. Sometimes that means betting the house, literally. Sometimes it means losing.

The Reserve Bank five years ago expressed some concern about a hidden risk in housing affordability – young entrepreneurs weren’t able to buy the houses they’d need to use as security for loans.

There’s a risk involved in taking out a loan. That’s why they cost money. And it’s much more expensive for banks to lend money to people who don’t pay it back than to those who will. That why they try to avoid dud loans.

But whether it’s having a bet down the pub or punting on an investment property or guaranteeing your child’s business loan, you pay your money and you take your chances.

“No! The property fell in value! I was talked into it by a spruiker and I lost my job! The bank should not have let me do it.”

“No! My child’s business venture failed! The bank should not have let me do it.”

“No! My horse came last! The bank should not have let me have the money to bet on it.”

What we’re don’t hear are any of the cases when a bank backed someone taking a gamble on a business or a property and who subsequently won. There was a risk, it paid off. The banker is a hero for supporting entrepreneurs. For the vast majority of people who have been enabled to buy a home by a bank loan, the risk has paid off handsomely.

Yet what we’re increasingly hearing is that if the risk doesn’t pay, find someone with deep pockets to blame.

The genuinely sad case of Carolyn Flanagan detailed by the royal commission has dominated media for 24 hours.

Westpac’s lower level managers have been exposed as stupid for sticking to the letter of the contract and seeking to evict the ill and handicapped Ms Flanagan from  her home, instead of doing what was eventually done – allowing her to remain, paying interest on the debt she incurred, until she dies or sells her Western Sydney house.

The bank’s name has been trashed – but the names of the other players involved in this small tragedy have been supressed. Where’s the daughter who asked Mum to guarantee the loan? What were her responsibilities? Where’s the lawyer who signed the guarantee on Ms Flanagan’s behalf?

Yes, the lawyer. If, like most people, you only skimmed the first few paragraphs of stories or rely on brief broadcast news coverage, you might not have noticed that Ms Flanagan apparently had legal advice about guaranteeing her daughter’s loan and still went ahead with it. What more should the bank have done when she clearly wanted to help her child?

Should the time come when I want to risk my home to help a child, however dangerous that risk, I’d be mightily pissed off if some bank officer refuses me. It’s my home – I can risk it if I want.

Similarly, if I am stupid enough to max out my credit card on a gambling binge, please don’t blame the bank on my behalf. The poker machine industry might share some of the culpability, but it would be my own fault.

If I take out a large mortgage and for one reason or another fail to service it, that’s my own bad luck. I shouldn’t expect the lending institution to bail me out.

Over the years, I have seen experienced business people claim they had no idea of what was involved in guaranteeing a loan for their spouse, investors with multiple properties suddenly blame mortgage brokers for taking out a loan too far and mugs saying it was the bank’s fault when they punted on a get-rich-quick scheme that failed.

In my opinion, the tone of Ms Flanagan being paraded before the royal commission yesterday was to extract maximum sympathy when her case is not clear cut.

While it’s clear Ms Flanagan is in a bad physical way today, it’s not obvious what her mental competence was eight years ago when she guaranteed the loan.

Given what is unknown about the detail of events eight years ago – largely due to the bank officer failing to take notes – in my opinion, the royal commission can only reasonably use Ms Flanagan as an example of how a bank should better deal with hardship cases when loans go sour, not as an example of a guarantee that should not have been accepted.

Sometimes bankers are unconscionable bastards. Most often, they’re not, they’re just people. Be careful what you push for in making them responsible for your own decisions.

The new Nanny State, where your banker is your keeper