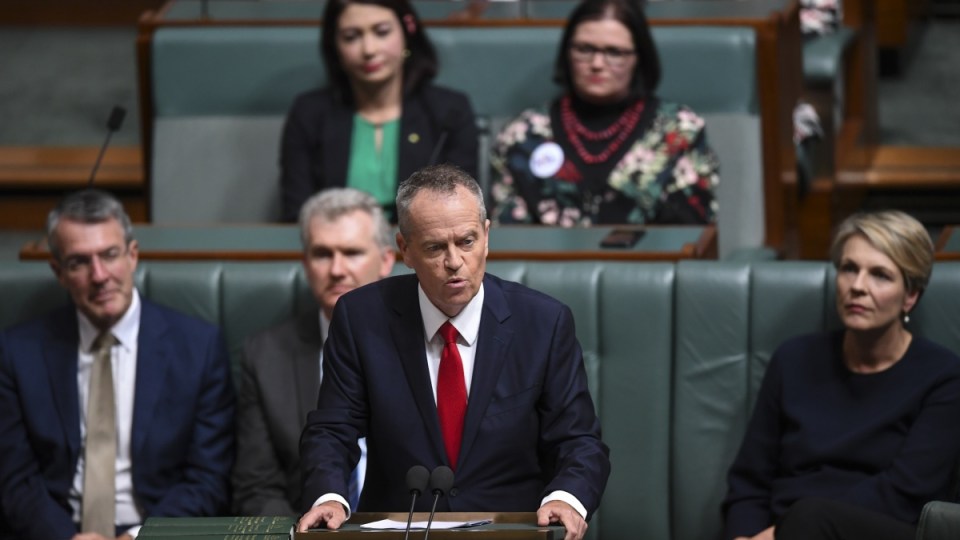 Bill Shorten has promised voters a “bigger, better and fairer tax cut” than the Turnbull government, unveiling a policy that will deliver a $928-a-year refund to four million Australians.

Labor could afford to put more money back in the hands of workers because the opposition did not support cuts to company tax, Mr Shorten told Parliament in his budget reply on Thursday night.

“Under Labor you will pay less income tax because I think that you are more important than multinationals, big banks and big business,” Mr Shorten said, in what was a more reserved budget reply than previous years.

Labor would support the first tranche of the Turnbull government’s tax plan to expand the tax offset in 2018-19 for 10 million Australians, costing $13.4 billion over four years, Mr Shorten confirmed.

But he said workers would receive an additional tax cut in the following year at an estimated extra cost of $5.8 billion.

Firing the gun on campaigning for upcoming byelections triggered by the citizenship crisis, Mr Shorten threw down the gauntlet to the Prime Minister.

“I will put my better, fairer, bigger income tax cut against yours.”

However, Mr Shorten did not commit to supporting the government’s entire tax plan, meaning no one over earning more than $120,000 would receive a tax cut under Labor.

In his strongest comments yet, he questioned the fairness of scrapping the 37 per cent tax bracket in 2024 as proposed by the government.

The government has vowed not to split up its tax package, meaning both parties will accuse each other of standing in the way of a tax cut for 10 million Australians.

The speech came at the end of a dramatic budget week in Parliament in which three Labor MPs and one crossbencher resigned over citizenship, setting up a Super Saturday of byelections in June.

Earlier on Thursday, the government argued voters could not believe Mr Shorten’s budget reply promises because of his handling of the citizenship crisis.

Finance Minister Mathias Cormann said Mr Shorten had “deceived the Australian people” by guaranteeing no Labor MPs were ineligible and could not be trusted.

While promising a larger tax cut sooner, Mr Shorten used his speech on Thursday night to also promise Labor would pay back the national debt faster than the government.

This was possible because the opposition did not support company tax cuts and had vowed to crackdown on negative gearing, family trusts and franking credits, he said.

He also promised $17 billion more spending on schools and to scrap fees for 100,000 TAFE courses in subject areas were there were national skills shortages – so employers would not need to seek overseas workers.

He vowed to restore $2.2 billion in funding to universities. The funding freeze had placed an effective cap on the number of student places, which experts said heralded an end to Australia’s “demand driven” system.

Speaking to a packed gallery of Labor supporters, the Labor leader sought to frame the next election as a contest between an “out of touch” Prime Minister and his plan to “deliver a fair go for all Australians”.

Speaking later on the ABC, Mr Shorten said the opposition planned to bring the budget back into surplus in 2019-20, in line with the government’s projections.