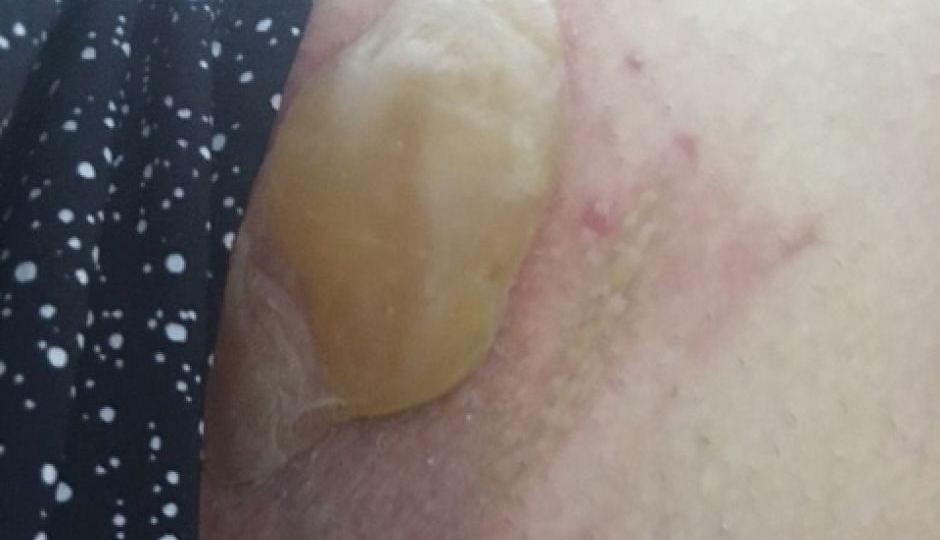 The woman suffered second-degree burns after having hot water spilled on her leg during a Qantas flight. Photo: Karina

Qantas has apologised to a Perth woman who suffered serious burns during a flight to Queensland last month and has agreed to pay her ongoing medical expenses.

Karina, who did not want her surname published, told ABC Radio Perth last week a flight attendant accidentally spilled boiling water on her lap while serving a cup of tea.

She said she was left in severe pain but staff failed to help her despite her pleas.

After landing in the Gold Coast, where Karina had travelled to work on the Commonwealth Games, she presented to hospital where she was treated for second-degree burns.

Doctors told her the injury would not have been as severe if she had received first aid on the plane.

It took 11 days for Qantas to acknowledge a complaint filed by Karina, but the airline has now issued an apology and confirmed it would cover her medical costs.

Karina, who still has blistering from the burn, told the ABC she was satisfied with the response from Qantas.

“I have accepted an offer to pay my ongoing medical costs and also accepted its apology,” she said in a statement.

“And I’m pleased the issue has been resolved and Qantas has acknowledged what happened to me.”

A spokeswoman for Qantas said it was investigating the incident and would also review its complaints process.