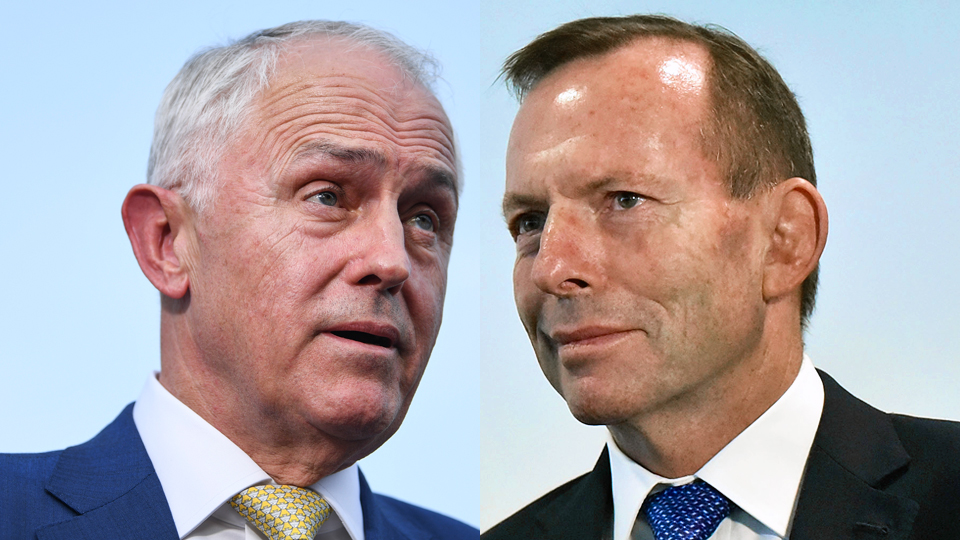 Almost as soon as the Coalition won government in 2013 it wrote to the banks wanting to know what it could do for them. Photos: Getty
analysis

It is a reality made all the worse when you look at repeated statements and attacks on Labor for demanding a commission, such as: “What is a royal commission into the banks going to tell us that we don’t know?”

That comment was made two years ago, five months before the Prime Minister told a Westpac function that the culture of the banks was failing in their “fundamental fiduciary duty obligation to put the customers first”.

No wonder his political opponents can accuse him and his Treasurer of a “protection racket”. If they already knew everything as they claimed incessantly, why were they content with bandaids rather than the radical surgery of a royal commission?

The answer is found in the culture of the Liberal Party. Here, the Nationals can claim exoneration, as only their leader Barnaby Joyce openly resisted the call for a public inquiry. Others in his party room threatened a revolt in Parliament unless they got one.

Almost as soon as the Coalition won government in 2013 it wrote to the banks wanting to know what it could do for them. One request was immediate: “Nobble Labor’s Future of Financial Advice Reforms.” They are the ones we now know AMP ignored, flouted and lied to the regulator about.

Tony Abbott and his treasurer Joe Hockey came within two Senate votes of delivering a maiming of the FOFA reforms. They were left in place and never revisited even though it is now clear they did not go far enough, or at the very least were not strongly policed by the regulator.

A reason for that could be in the 2014 budget where the Abbott government ripped millions out of the regulators’ budgets. The Australian Securities and Investment Commission, even if it had a zeal to do so, lacked the resources to do its job. Statutory reports from the banks and financial institutions more often than not were left unattended.

Mr Turnbull has now pumped $125 million back into ASIC. We were told it was on the job but the PM who did so much to thwart its work, Tony Abbott, is now shamelessly calling for all existing regulators to be sacked and “much more vigilant and less complacent ones go in in their place”.

There was no acknowledgement that these “complacent” regulators may have been taking their cues from his government – a government dedicated to slashing red tape and letting businesses large and small get on with it unhindered by “big government”.

Mr Turnbull’s political tin ear was even on display as he sought to retrieve the situation created by the terrible job his Financial Services Minister Kelly O’Dwyer did in her ABC TV Insiders interview. She continually refused to admit she or the government had got it wrong.

Ironically, the royal commissioner himself, former High Court judge Kenneth Hayne, may help retrieve the PM’s credibility. The Commissioner is getting on with the job to wide acclaim. His inquiry could end up being a significant watershed in the fight against corruption and corporate greed.

Much will depend on whether it can be shown that all the new tougher penalties and massive fines already announced in response will ever be fearlessly used. Or whether the vibe that helped create the crisis in the first place will again prevail, preferring the watchdogs to be toothless pooches.