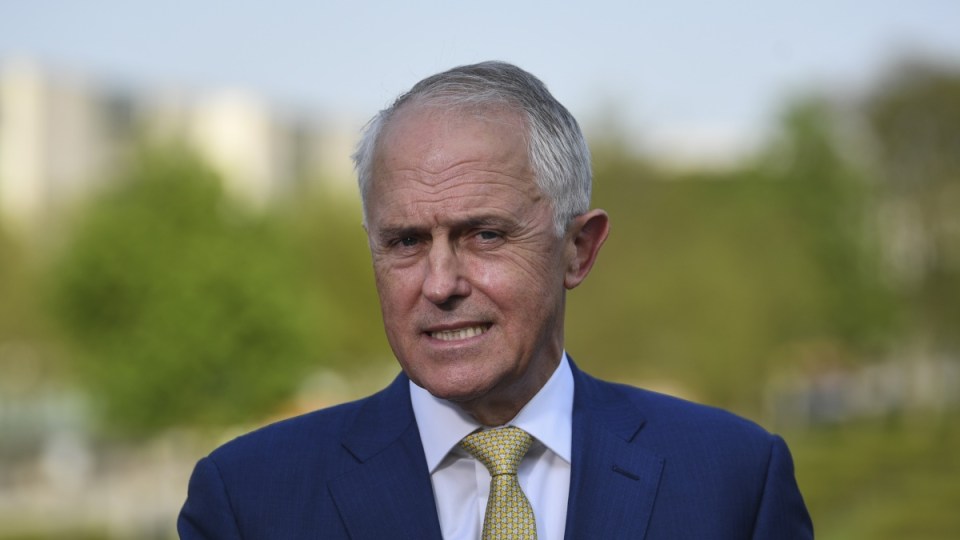 Malcolm Turnbull has conceded it would have been “better for us politically” if the government had created a banking royal commission two years ago, but maintained he was right to hold out until November.

As government ministers face pressure to concede they were wrong to block the inquiry for so long, the Prime Minister admitted the government had paid a political price for its intransigence.

“I made the decision not to proceed with a royal commission and look politically, of course, you’re all right when you say it would have been better for us politically if we’d done so years ago, or several years ago,” he told reporters in Berlin.

But he stopped short of apologising for his staunch opposition to the commission, and would not say the government had been wrong.

“My concern was that a royal commission would have gone for several years, that has generally been the experience and people would then say ‘you can’t reform, you can’t legislate you’ve got to wait for the royal commissioner’s report’,” he said.

“So, if we’d started a royal commission two years ago, maybe it would be finishing up now and then we’d be considering the recommendations.

“Isn’t it better, with the benefit of hindsight and recognising you can’t live your life backwards, isn’t it better that we’ve got on with all of those reforms?”

The concession from Mr Turnbull came after Financial Services Minister Kelly O’Dwyer refused to say she had been wrong to oppose the royal commission when asked 10 times in a television interview on Sunday.

Treasurer Scott Morrison also declined to apologise after questioning the merits of a royal commission even as he announced one last year.

“I agree that we copped a lot of political flack for not taking the decision to go to the Royal Commission earlier than we did,” Mr Morrison told reporters in Alice Springs on Monday.

“We prioritised taking action over politics. Bill Shorten always puts politics over consumers or anyone else,” he added.

Former prime minister Tony Abbott waded into the debate on Monday, arguing the nation’s banking regulators should be sacked for failing to stop the misconduct that has emerged out of the royal commission.

“My fear is at the end of this royal commission we will have yet another level of regulation imposed on the banks when frankly what should happen is all the existing regulators should be sacked and people who are much more vigilant and much less complacent go in in their place,” he told 2GB radio on Monday.

Mr Abbott slashed the corporate regulator ASIC’s budget by $120 million in the 2014 budget, with one government minister at the time arguing there was scope for the industry “to self-regulate more”.

The money was restored in 2016 under the Turnbull government by Mr Morrison.

Speaking on Monday, Opposition Leader Bill Shorten called on the Prime Minister to ditch the company tax cuts for Australia’s largest companies, including the big banks.

“He [Turnbull] called the royal commission ‘regrettable’. Wrong, Malcolm, what the banks have done to the Australian people is regrettable,” he said.

Mr Shorten said the banks should be forced to fund a compensation scheme for victims of misconduct in the financial sector.

The Turnbull government changed course on a royal commission in November in the face of a rebellion from a group of Nationals.

The royal commission has so far heard evidence that AMP charged customers for financial advice they never received, and that a subsidiary of the Commonwealth Bank continued charging customers fees after they had died.

Defending his government’s record, Mr Turnbull said the government had put in place tough new reforms to deal with banking misconduct, including tougher penalties, strengthening the corporate regulator and establishing a one-stop for consumer complaints.

“I talked about how there had been a failure to put customers first and that the culture of the financial services sector was not delivering on their fundamental fiduciary obligation to put the customers first,” he said.