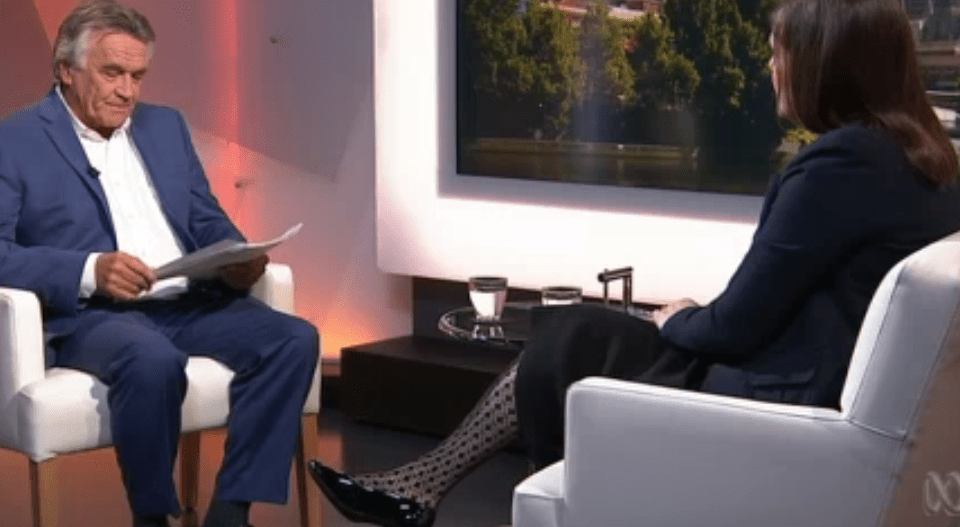 Financial Services Minister Kelly O’Dwyer has repeatedly avoided answering questions on whether it was wrong to delay establishing a royal commission into the banking sector, after a week of shocking revelations.

The commission has heard alarming evidence of dodgy financial advice and that customers, including those who had died, were being charged fees for no service.

The Federal Government had resisted calls from Labor to establish a royal commission, arguing it would be a reckless inquiry that would undermine confidence in the banking sector.

But Prime Minister Malcolm Turnbull was eventually forced to change the Government’s position, after pressure from his own backbench and an admission from the big four banks that an inquiry was necessary to restore public faith in the financial system.

In a terse interview on the ABC’s Insiders program, Ms O’Dwyer was grilled by host Barrie Cassidy on whether the Coalition had made an error of judgment in waiting to launch the inquiry.

The Minister refused to make that concession, instead arguing the Government had spent the time “soberly” considering other reforms for the sector.

Ms O’Dwyer suggested the media and Labor were wanting to “obsess” about the timing of the commission.

“I’m actually obsessed about fixing the problems,” she argued. “There is no question we got it right in establishing the royal commission.”

“This Government is from another planet,” shadow finance minister Jim Chalmers told the ABC.

“They’ve learnt absolutely nothing from all of the scandalous revelations that we’ve heard over the last little while in the royal commission.

“They still can’t bring themselves to say that they were wrong to run a protection racket against that royal commission for so long.”

Last week, former deputy prime minister Barnaby Joyce admitted he was wrong to have opposed calls for an inquiry, despite the fact some of his Nationals colleagues were the most vocal advocates for a royal commission.

On Friday, Ms O’Dwyer announced tougher penalties for dodgy bankers and other corporate criminals, including prison terms of up to ten years.