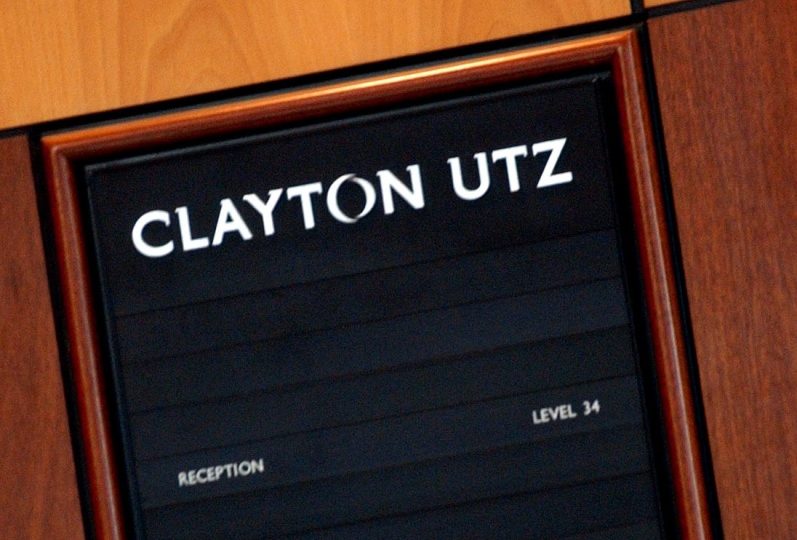 Amid calls for Clayton Utz to be suspended from all government work, analysis by The New Daily shows the law firm is well on the way to taking in tens of millions of dollars from the taxpayer this year.

Since the start of the year, based on contracts made public, Clayton Utz won 95 tenders worth a total of $10.96 million to provide legal services to various departments and agencies.

The report was given to corporate regulator ASIC and described as “external and independent”.

While most of the public outrage has been directed at AMP, prompting CEO Craig Meller to bring forward his retirement, Clayton Utz has also come under fire for its role in the scandal. It denied any wrongdoing in a statement on Sunday night.

But the revelations were enough for former Victorian Liberal premier Jeff Kennett to demand the law firm be “removed and suspended from all government work”.

“Culture will not change until those responsible are truly penalised and shamed,” he said.

It comes as evidence emerging from the royal commission puts pressure on the Turnbull government to admit it was wrong to block the inquiry for nearly 18 months.

Financial Services Minister Kelly O’Dwyer refused to admit fault when asked 10 times whether she had been wrong to oppose the royal commission in a tense television interview on Sunday.

The contracts won by Clayton Utz are worth less than those handed to the big four accounting and consultancy firms KPMG, Deloitte, Ernst & Young and PwC.

Those four firms won about $420.3 million in government work in the 2015-16 financial year, according to Fairfax Media, with KPMG handed 447 contracts worth $158.9 million in total.

The increased spending on consultants coincides with large political donations from those firms to the major parties.

A report in The Australian Financial Review earlier this month listed Clayton Utz among dozens of law firms recruited by the government in a trial to outsource the drafting of legislation.

As of March 13, the day of the first hearings at the royal commission, Clayton Utz had won 28 government contracts worth more than $1.2 million, according to the AusTender website.

In an awkward coincidence, on April 17, the same day Clayton Utz’s involvement in the AMP scandal was revealed at the commission, three contracts won by the firm worth more than $60,000 were published on AusTender.

The work is spread across a range of government departments, including Defence, Finance, Home Affairs, Jobs and Small Business Social Services, as well as the Australian Electoral Commission and Australian Federal Police.

But Clayton Utz’s biggest government client by far has been Defence, which has handed the company $9 million for legal work, including a $4.7 million, 10-month contract made public on January 18.

The Australian Taxation Office will shell out $250,000 to the law firm for legal services for a contract (November 2017-December 2018) made public on February 27.

A February 20 contract shows the Director of National Parks will pay the law firm $450,000 for company’s services over 12 months.

The law firm also won a $30,000 contract to provide training services to the Australian Federal Police.

In 2015, two years before it provided the report on AMP to ASIC, the corporate regulator paid $55,000 to Clayton Utz for “personnel recruitment” services.

Clayton Utz chief executive partner Rob Cutler said in a statement on Sunday night: “Clayton Utz rejects any suggestion that the independence of its investigation and report findings to the AMP Board into AMP’s Advice business was in any way compromised.

“The terms of engagement stipulated that the investigation was to be undertaken independent of management of the Advice business being reviewed and under the instruction of the AMP Board and its General Counsel.

“Clayton Utz notes that AMP may be addressing the commission further and it would be inappropriate for us to make any further comment at this time.”