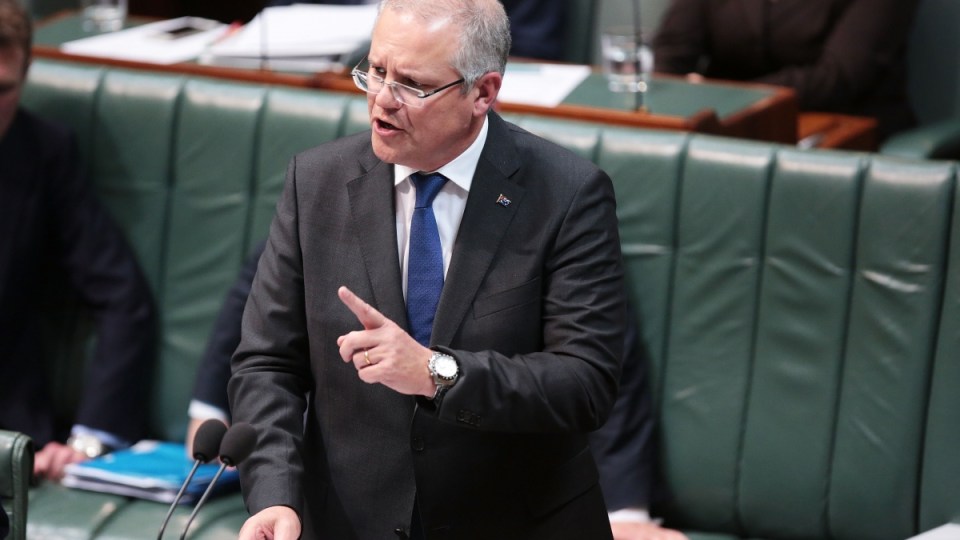 Scott Morrison has rejected Michael McCormack’s suggestion the Treasurer will be like Santa Claus handing out “goodies” when he brings down next month’s budget.

“I can tell Australians I am not Santa Claus and there won’t be a Christmas in May and the Grinch won’t be making an appearance either,” Mr Morrison told reporters on Monday.

In a rebuke of the recently appointed Nationals leader, the Treasurer said government would “continue to exercise the restraint that has been so important in ensuring that we bring that budget back to balance in 2020-21”.

Asked what “gifts” the Treasurer would bring, Mr Morrison said: ” No, I don’t believe that is – as I said, I’m not Santa Clause and I’m not bringing a bag of gifts in May and there won’t be any Christmas in May.”

This year’s budget is likely to be an election pitch with a federal poll due by May next year.

It is expected the government will unveil personal income tax cuts, especially given Labor is also expected to take a promise of personal tax cuts to the next election.

Mr Morrison confirmed the $5 billion pledge for a rail line to Melbourne Airport, announced last week, would be the budget’s largest infrastructure commitment.

But he would not endorse Mr McCormack’s suggestion there would be “record infrastructure spending”.

Mr McCormack is Acting Prime Minister this week as Malcolm Turnbull jets off to the UK for the Commonwealth Heads of Government Meeting and for talks with German Chancellor Angela Merkel.

“On May 8, as on December 25, Scott ‘Santa Claus’ Morrison will be announcing some goodies,” Mr McCormack told The Daily Telegraph.

Mr McCormack added: “I can’t wait until Scott Morrison hands it down. You need to keep things for budget night otherwise it’s like Santa giving the presents for the kids and then on the big day, on Christmas Day, the kids saying, ‘What’s in it for me?’”

The budget will be handed down on May 8.

Meanwhile, Josh Frydenberg has refused to back down after Sky News commentator Peta Credlin claimed to have spoken to the Energy Minister about his criticism of Tony Abbott last week.

Ms Credlin, Mr Abbott’s former chief of staff, said on Sky News on Monday that, after their conversation, she expected Mr Frydenberg would not make similar remarks in future.

But Mr Frydenberg said he stood by his comments and “will continue to call it as I see it”.

The Energy Minister, who has been touted as a future Liberal leader, said last week that Mr Abbott was “always going to cut across what the prime minister has been saying lately”.