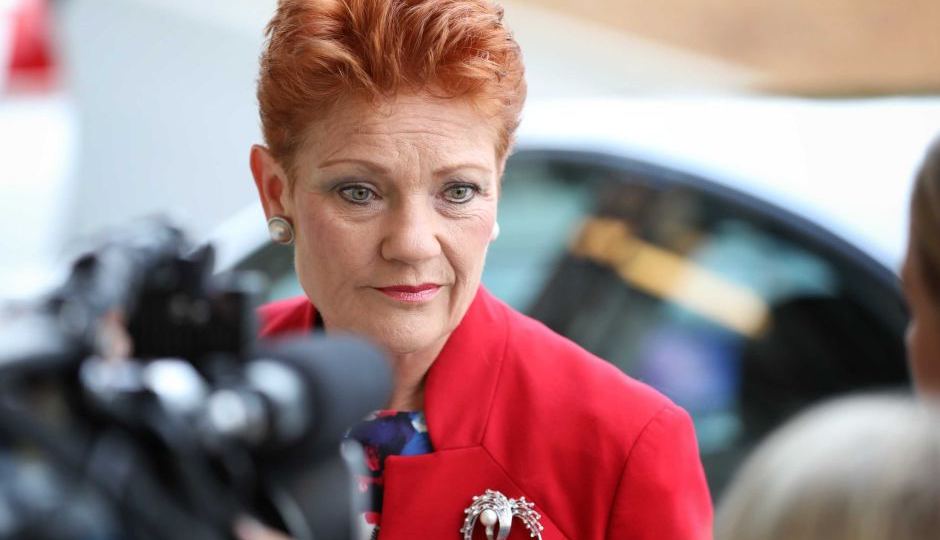 Pauline Hanson has denied she is a racist after complaining of the “disgusting” focus on indigenous culture during the Commonwealth Games opening ceremony.

Asked what she thought of the opening ceremony, Senator Hanson said the “20 minutes” devoted to indigenous culture was “absolutely disgusting”.

“Here we have an Aboriginal who was doing a rap song which I couldn’t understand,” Senator Hanson told Sky News in a phone interview on Friday.

“I’m not used to Aboriginals who sing rap, although fair enough.”

She also didn’t have much time for Barton’s performance either, arguing the majority of Australians don’t watch didgeridoo music.

“Our country is not based on the Aboriginals. Our country is what it is because of the migrants that have become here,” Senator Hanson said.

“There was a lot of aspects of our country that should have been in the opening ceremony of the games. Not watching didgeridoos.”

“I’m sick and tired of hearing this pushing about reconciliation and the gap, and yet outside the Games we had people that were protesting,” she said.

“How many billions of dollars have we poured into the Aboriginal industry?”

She accused people of falsely “claiming aboriginality” to claim welfare before taking a shot at indigenous land rights.

“I’ve got nothing against the Aboriginals but I’m sick and tired of being made to feel as if I’m a second-class citizen in my own country,” the Queensland senator said.

“I am indigenous as far as I’m concerned. I was born here this is my country as much as anyone else.”

Senator Hanson hit back at claims her comments were racist, arguing her One Nation party wanted equality for all Australians.

“I’m sick and tired of people having a go at me because it’s racism,” she said.

“Don’t call me a racist when people don’t know what the hell I’m talking about.”